Zimbabwe: Back to its Best

I first planned to visit Zimbabwe in 2000. At the time it was one of Africa’s crown jewels, famed for its game packed national parks, stunning scenery and hospitable people. Politics then got in the way. Former President Mugabe’s forced seizure of white-owned commercial farms, with the stated aim of benefiting landless black Zimbabweans spiralled out of control, leading to violence, hunger and the collapse of the tourist industry. As the political situation worsened the trip never happened, and, like many others, my love of Africa took me elsewhere, to Kenya, Tanzania, South Africa, Mozambique and Zambia. In late 2010, attracted by a more stable political environment and the promise of great game viewing and few other tourists, my visit to Zimbabwe finally happened. With international flights to Zimbabwe now limited my trip started in Zambia’s capital city, Lusaka. From there it is just a two hour road trip to the Zimbabwean border at Chirundu, the Zambezi river beyond, and after a short motorboat ride, Mana Pools National Park. 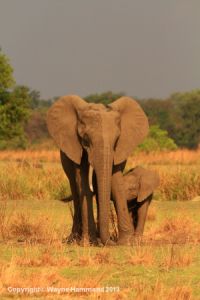 Mana Pools is a UNESCO World Heritage Site and was recently voted by National Geographic as the fourth most beautiful national park on earth. I stayed at Ruckomechi Camp, situated in a private concession just west of the park itself. My huge tent offered wonderful vistas of the Zambezi river coupled with wildlife literally on my doorstep. Elephants were an almost permanent presence, attracted by the seed pods from the Albida trees that surround the camp. On several occasions detours were required when making my way to my tent to avoid the friendly local pachyderms. Game drives were equally productive. Sleeping lions, cheetah and a pack of wild dogs were seen just minutes from camp. I even spotted a leopard as I was escorted back to my tent camp one evening after dinner. On my last day I took to the water in a small pontoon boat, dodging hippos and sailing up close to elephants along the shoreline. Then, as the sun set behind me I cracked open a beer to enjoy a classic Zimbabwean sundowner. 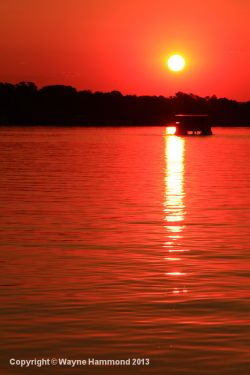 After four wonderful days I left Mana Pools for the contrasting landscapes of Hwange National Park. Hwange – the size of Belgium and located in the south west of the country – is Zimbabwe’s most popular big game area. Famed for its diverse and prolific year round game viewing, it is particularly known for the large herds of elephant that are lured to the pumped water pans that are dotted around the park. During my visit it did not disappoint. My first evening drive brought a lone cheetah on a recent kill. During the following days I saw lions, more cheetah, visited a Hyena den and watched the pups play around my vehicle, and enjoyed a rare sighting in most of Africa, the beautiful sable antelope. Habitat destruction and poaching have reduced populations of these magnificent animals to only a handful of places across the continent. In Hwange, there are approximately 100 Sable which are seen regularly on game drives. The icing on the cake came during my final game drive as we stopped our vehicle close to a water pan, cracked open sundowners and watched as literally hundreds of elephant came down to drink, bathe and play. This was one of my finest experiences in over 20 trips to Africa. 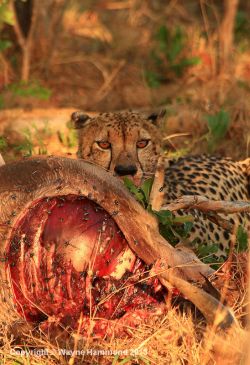 The following morning I took the short flight to Victoria Falls, and a stay at the recently opened Elephant Camp. This luxurious tented camp is just 10 minutes drive from the Falls on a wildlife concession operated by the Wild Horizons Wildlife Trust, a non-profit organization whose mission is to advance and promote environmental conservation in Southern Africa. The concession is home to a group of orphaned elephants, their upkeep part funded by offering tourists the opportunity to ride on the back of these gentle giants. It is also home to Sylvestor the Cheetah. Sylvester was orphaned when just two days old when his mother was attacked by lions. He now lives permanently on the concession and acts as an ‘ambassador’ for the Trust, interacting with the public to raise awareness of the cheetah’s endangered status. The Lodge itself is the height of luxury. Each suite has its own lounge, large deck with plunge pool and views over the concession and the Batoka gorge beyond. 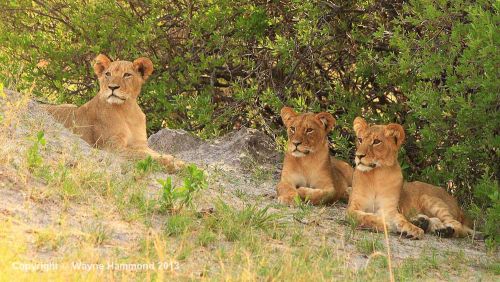 Even during Zimbabwe’s hard times the Falls continued to attract thousands of visitors, usually zipping across into Zimbabwe for a day or two at the end of safaris into Botswana or Namibia. During my trip in November the water levels were low, providing clear views of the 300,000 gallons of water that cascade over the falls every second. Afterwards I followed tradition and walked to the famous Victoria Falls hotel for afternoon tea and a slice of history at this grand old hotel, still going strong over 100 years after it was built. 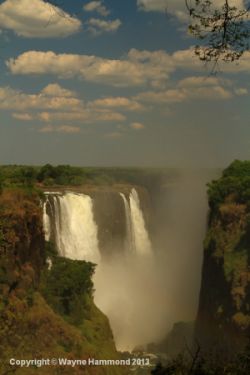 My trip to Zimbabwe – 10 years in the planning – ended at the Falls. It proved to be a fabulous trip. All three locations provided magnificent scenery and wonderful game viewing, yet each area provided a contrasting experience to the one before. The quality of accommodation and service were top notch throughout and the Zimbabwean people were as welcoming as ever, and excited to welcome tourists back to their country of which despite the recent troubles they remain justifiably proud.