United Kingdom: Beyond the Silver Screen

“Downton Abbey.” “The Crown.” “The King’s Speech.” “The Queen.”  I’ve watched them all. At least twice. The world of British monarchy has been the stuff of the silver screen until opportunity recently carried me over the pond to experience royalty for myself.  What I found in a 10-day visit in Scotland and England is an abundance of aristocratic attractions, each with a history and splendor of its own. With no shortage of royal offerings, these reigning sites should satisfy any craving for the crown and celebrate eminence beyond the cinematic screen.

Holyrood Palace (Edinburgh, Scotland). This is the Queen’s primary home in Scotland. Guides will tell you that she loves her time at Holyrood more than any of her other splendid residences. Anchoring one end of the Royal Mile (Edinburgh Castle sits high atop the other end), the palace bridges medieval city and magnificent country landscape. This imposing palace with expansive grand gardens, hunting grounds that hark back to the 11th century and the craggy ruins of an original abbey, was once the home of Mary, Queen of Scots, birthplace of her son who was to become King George and the residence of Bonnie Prince Charlie, a romantic and loyal, yet, tragic historic figure. Visitors can view public areas of the palace including The Great Gallery with floor to ceiling portraits of British monarchs and ruling leaders throughout history. Among other rooms, a formal mint green embellished dining room, with table service for 100, is still enjoyed regularly by the royal family. 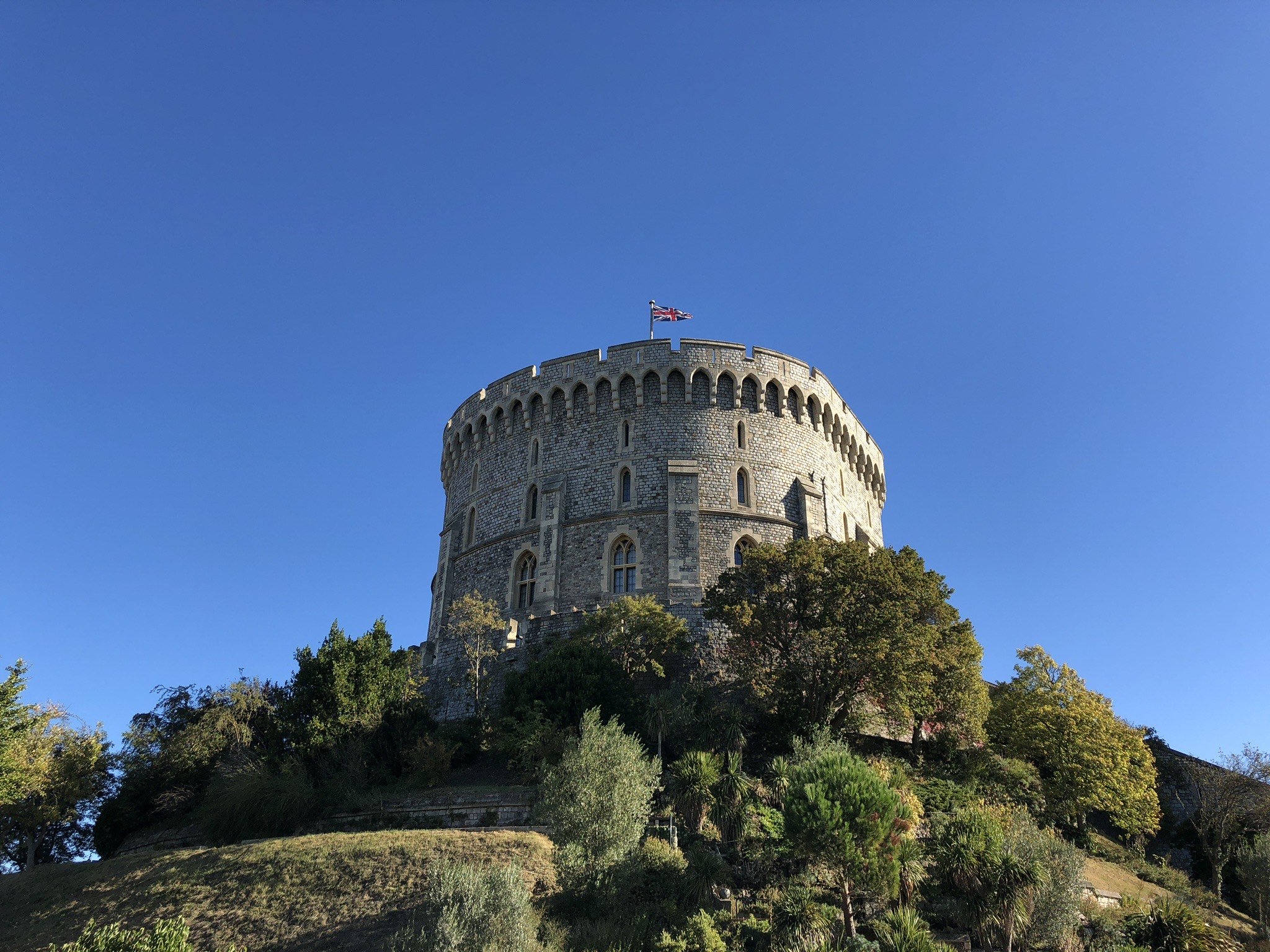 The 11th Century legend is told of King David I who was hunting in the nearby woods when a stag came charging at him. Upon approach, sunlight illuminated a cross between the stag’s antlers and the stag retreated. Believing his life was spared through miraculous intervention, David built Holyrood Abbey on this site as an act of gratitude. The abbey was the first of the structures of Holyrood (Holy Cross) Palace. No photos are allowed inside, but the beauty and pageantry of a visit will live long in your memory.  (https://www.rct.uk/visit/palace-of-holyroodhouse) 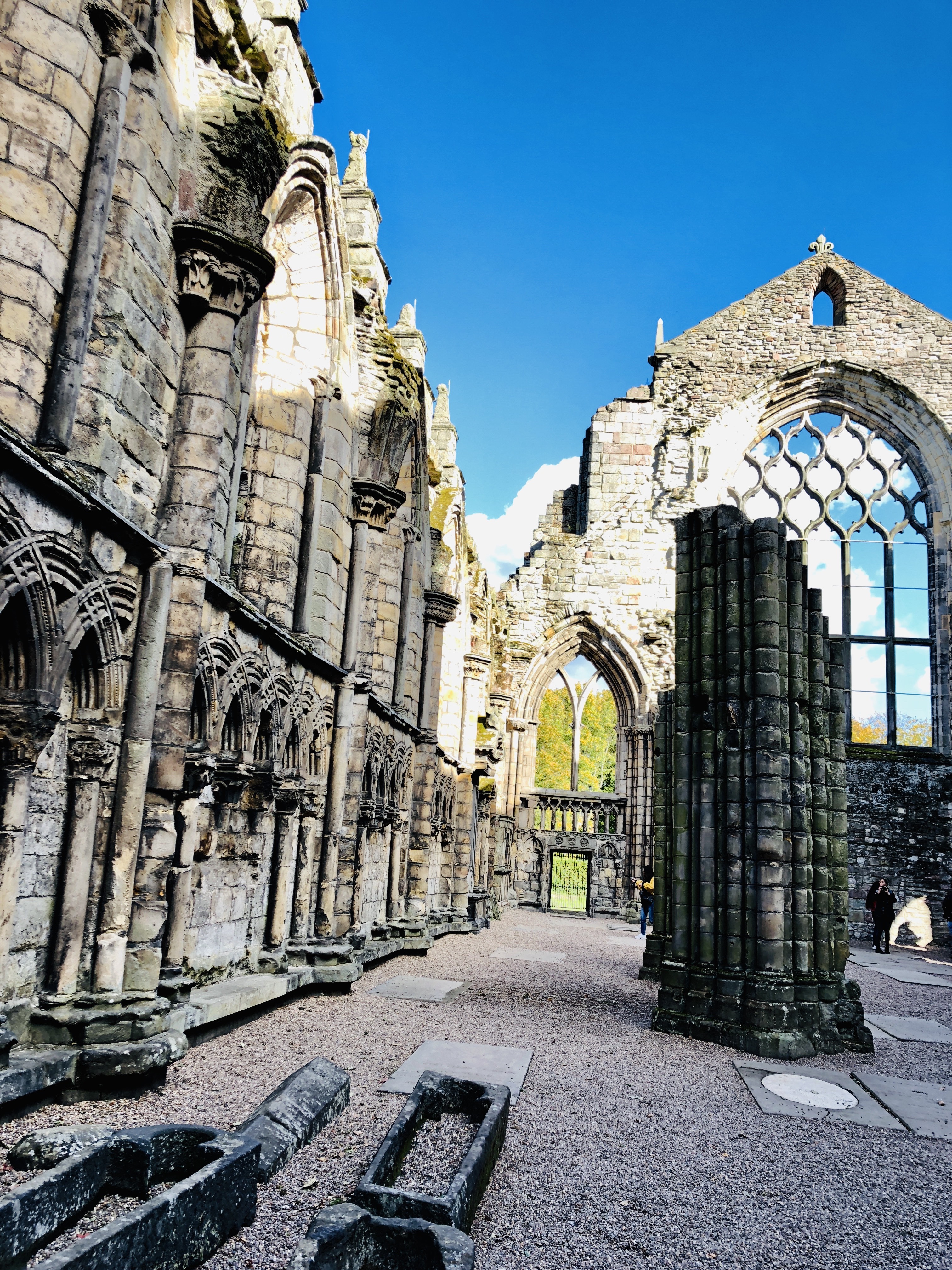 Royal Yacht Britannia (Edinburgh, Scotland). As attractions go, this is a particularly amazing experience. The voices of the royal family and key crew members of the vessel narrate and guide visitors through five levels of the massive ship. In 1997 the yacht was decommissioned after 43 years in the service of the British government, having travelled more than 1 million nautical miles. It was tended by a crew of 250, including divers who checked under the boat daily to make certain of secure surroundings.

The yacht is believed to be the one place the royal family felt most “at home;” personal photographs are still found throughout the rooms on each deck. The crew on the largest and most private deck never wore hats which meant technically they were not in full uniform, therefore, giving the royal family a pass in saluting them— a rare break from formality. One side of the yacht holds a garage with the royal Rolls Royce, the other side exhibits “The Bloodhound” racing boat – winner of many competitions and testimony to the family’s love of speed boat racing. The Britannia propped up happy family gatherings including weddings and honeymoon celebrations (Charles and Diana, included). In 1986, the 5,700 ton luxury liner was used to rescue Brits from civil war in South Yemen and served temporarily as hospital and safe haven.  (http://www.royalyachtbritannia.co.uk/)

Afternoon tea — Balmoral Hotel (Edinburgh, Scotland).  A gracious pause in the Palm Court restaurant of this grand hotel for afternoon tea leads to a delightful “amuse bouche,” to tempt the palate, then savories including egg, salmon and cucumber finger sandwiches, followed by house-made warm scones with clotted cream and jam, and extravagant pastries and Balmoral chocolates. Choose from more than 20 selections of tea.

Tea time was originated by Anna, the English Duchess of Bedford who determined that the wait between lunch and dinner turned her peckish. In 1840, she ritualized a late afternoon tea and sandwich to tide her over until late evening dining. All hail to the queen, but hail to the prescient Anna, too, for the warmth of tea coupled with a daily time out. As a visitor it provides a needed break from absorbing the abundance of castles, palaces and monarchy-mania. As a resident it accompanies life’s daily routine —an afternoon lull for conversation and contemplation. https://www.roccofortehotels.com/hotels-and-resorts/the-balmoral-hotel/restaurants-and-bars/palm-court/

Windsor Castle (Windsor, England). The town of Windsor, an idiosyncratic English village, benefits from having the jewel in the crown of royal attractions. When the Queen is in residence the royal flag flies high on the castle; when she is not, the Union Jack flutters in the wind. Prepare for a very long security line most any time of year, but once inside take your time exploring the public areas of the castle, the grounds and St. George’s chapel (see below). Helpful Beefeaters line the main routes and audio narration describes the history of the furnishings, tapestries, architectural elements and design of each room, and the historically significant events that have taken place there. Don’t short change yourself on Windsor. Plan a full day and absorb all that the castle and its history offer. There is a point of sensory overload, but taken slowly you will peel back layer upon layer of history with each opulent room.   (https://www.rct.uk/visit/windsorcastle) 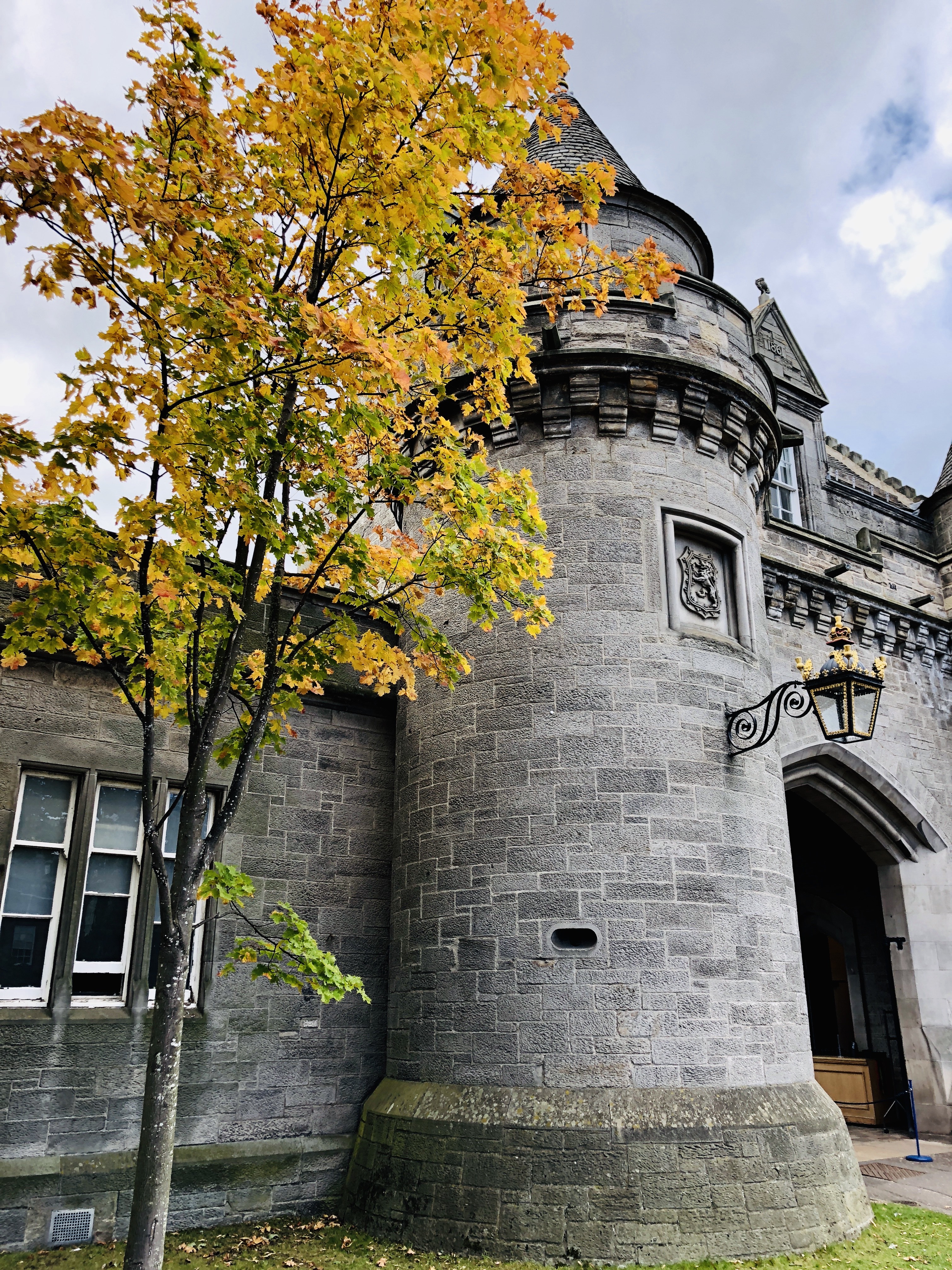 St. George’s Chapel (Windsor, England). Tucked away on the grounds of Windsor Castle and most recently viewed around the world during Harry and Meghan’s royal blessing, the grandeur of the chapel was not merely the benefit of television camera angles. Intimate yet grand, this site constructed by kings still exists as a site of worship for the Queen and her family. The chapel —while architecturally exquisite — signals holiness in its simplicity and scale. https://www.royal.uk/st-georges-chapel

Alison McFarlane keeps a bag packed with three black outfits at the ready for her next amazing adventure. Home is Salt Lake City, but mind and heart make her a citizen of the world.