Before my trip to Tenerife, I was looking at going to all the popular destinations: Mount Teide National Park, the Siam Water Park, and the usual water activities like catamaran rides and such. I went to and did most of these but I left my last few days open, hoping to find less crowded but equally beautiful places. And I was not wrong. Here are a handful of uncommon spots in Tenerife that became the highlights of my trip: 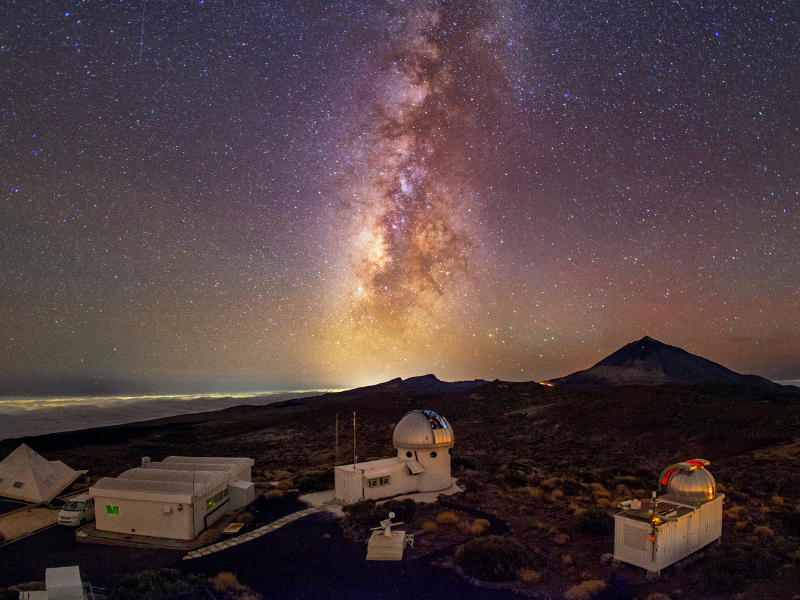 This Teide Observatory quickly became a favourite. Although this is technically a part of Teide National Park, it’s still a little off the beaten track. I was trying to avoid the lines to take the Teide cable car so I ended up taking this tour. It turned out to be a great decision because not only was it beautiful on the way up, it felt like I was on the moon! We were even given the chance to look up at the sun using the portable solar telescopes, which was quite mind-blowing. Don’t forget to wear warm clothes and proper footwear because the observatory is 2,400 above sea level so it gets pretty cold up there. 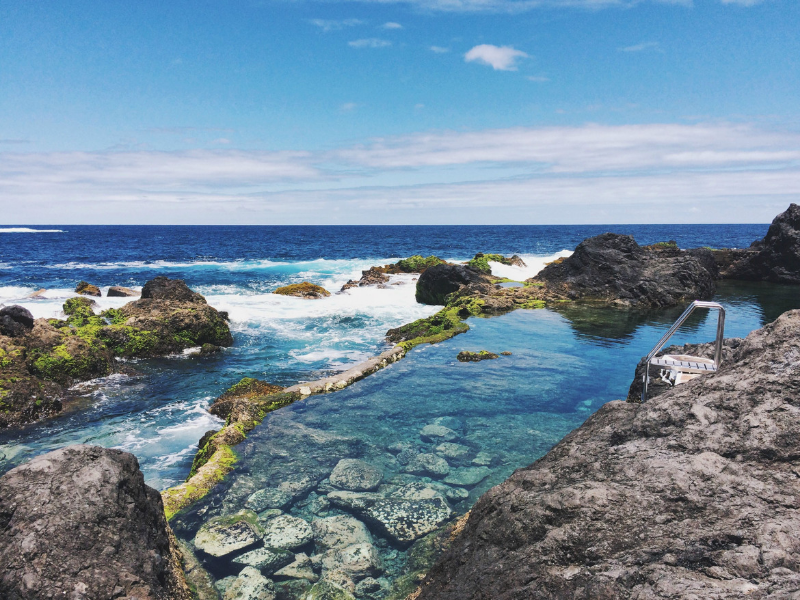 Making it to my top two is Garachico. The little town that was devastated by Mount Teide erupting some 300 years ago now has a completely different landscape from before. I think the best part of this town is the lava pools found at El Caleton. It was amazing how naturally formed these were from something so devastating. The huge black rocks were scattered perfectly around the coastline where people usually jump off of. Walking around the town, I also saw remnants of the Canarian architecture, some dating back to the 16th century. You’ll see such beautiful landmarks that you’ll still feel the history of the town. Definitely worth the trip! 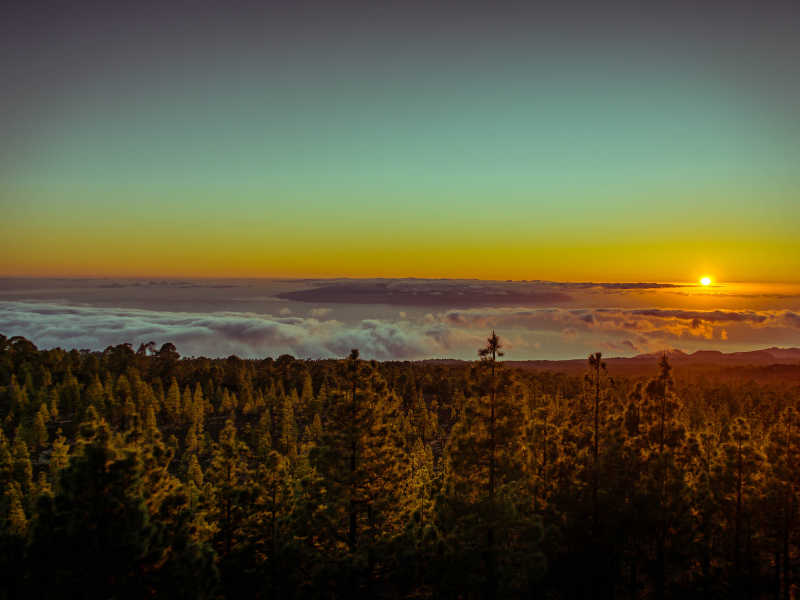 One of the highlights of your trip will be watching the Tenerife Sunset. Trust me, you’re not gonna want to miss it because Tenerife has the best spot to observe the sun. I rode a cable car going up to 355 meters high. During the trip, I was already overwhelmed by the volcano’s beauty from the top. Then there it was: the sun started to set. I saw it change from bright orange and red to yellow-orange to pink to grey and then darkness and the starry skies. When you go sunset viewing, be sure to get your camera ready for a time-lapse! 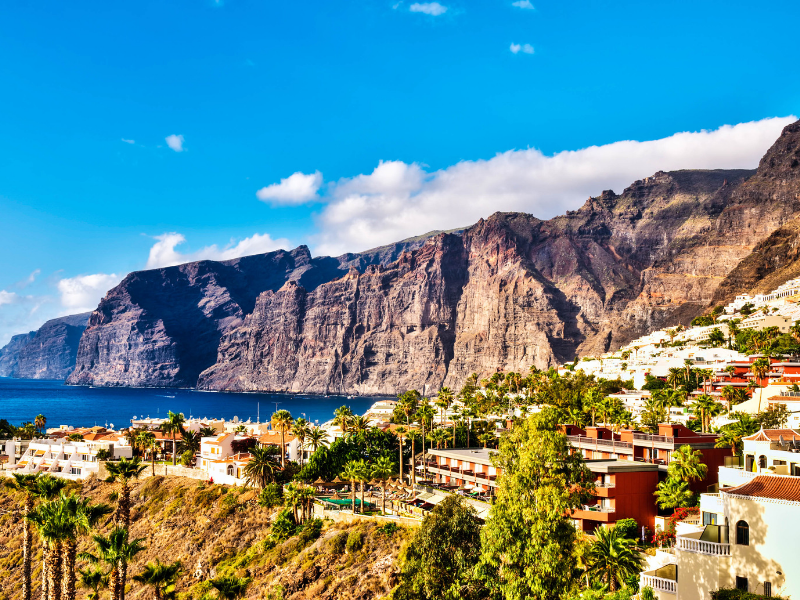 Las Rosas was a different experience than the other four in this list. I came here as part of a tour, thinking it would be just a quick stop for lunch. The place was beautiful, with a perfect view of Los Gigantes. Although Las Rosas is a private resort, a lot of people come here for the El Silbo demonstration. El Silbo is the Gomeran whistling language. What’s amazing is the inhabitants of the islands use it to communicate across valleys and mountains, which according to them can reach as far as 5 kilometres. It was an amazing experience! 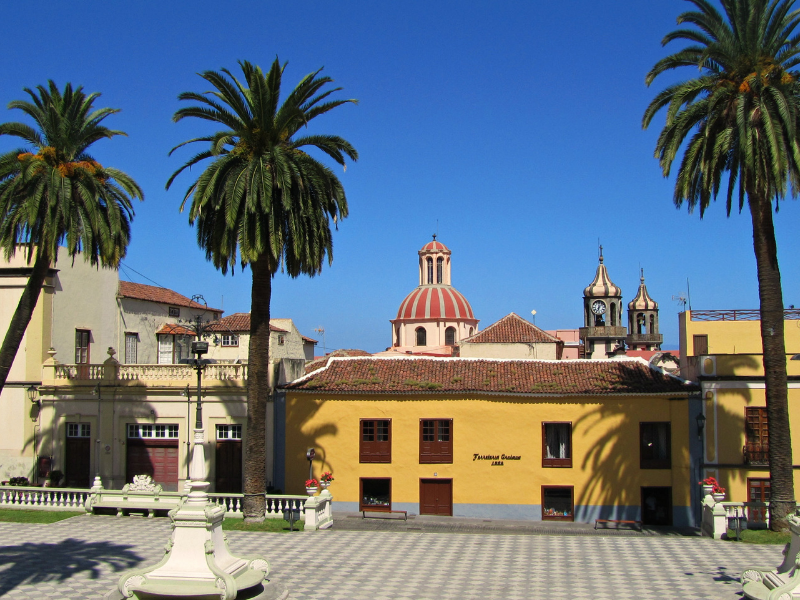 Last but not least is the old town of La Orotava and its botanical gardens. This colonial town was quite charming with its colourful buildings that were from the 17th century, cobblestone streets, Castilian mansions and plazas full of flowers. A landmark of the town is the botanical gardens called the Gardens of Acclimatisation, created in 1788. Imagine 20,000 square meters of a garden filled with a million and a half species. I’m glad to say I was able to relax here after a long day of tours. After taking pictures of all the plants, flowers and turtles that I wanted, I settled on a bench and just cleared my mind. Definitely, a must visit, especially after a tiring itinerary.

I was already surprised by how much Tenerife had to offer, but I was extra surprised to find out there was even more to see. I made this list to help first-timers discover the island a little more in-depth than what most travel books recommend. Hopefully, I get the chance to visit the island again so I can revisit these places.