The Netherlands: Historical Charm and Interesting Quirks in Groningen

Holland’s synonymity with Amsterdam tends to leave its other cities overshadowed, but Groningen’s abundant historic charm and interesting quirks make it an excellent place to visit.

The most obvious highlight to mention is the Martini Tower, a steeple of 260 spiralling steps across three levels offering vertiginous views across the region. Steeped in mythology and damaged by lightning at least once, the wobbly climb upwards also encounters the biggest bell in the Netherlands.

This is a notably young city – half of the population are under 35 and a quarter are students. The huge university building, which used to be a monastery and is built in the same Renaissance style as the tower, is impressive to behold. Groningen is also, predictably, a biking city, meaning it’s best to keep your wits about you as they sail past from both directions at every turn. Large swathes of the centre are closed to traffic (except deliveries) for much of the time, making it great for walking with a gentrified, clean and relaxed feel.

The central market kept the city rich around 500 years ago, and its architecture provides numerous ornate reminders of its tax-collecting past. Nowadays the market is only open a few days a week, but the Dutch are understandably fond of the Germans who spend their Euros on the cheese there. Nearby, the Korenbeurs – a neo-classical 1865 building – is perhaps the world’s most beautiful supermarket, and certainly the only one to have a statue of Mercury (the God of trade, naturally) on top of it. Look out for het goudkantoor, the decorous former tax office now resembling a narrow chateau of a restaurant, and a plentiful choice of Middle Ages townhouses-turned-cafes.

Down Folkingestraat, the synagogue has been rejuvenated since the 1980s and is flanked by street works from local artists, while there are lots of intriguing shops and cafes worth seeing further along. Nearby, the Groningen Museum caused some constenation when its current post-modernist design popped up to starkly contrast all the ancient surrounding buildings in 1994. Sitting on the canal, its silver cylinder is set on top of a fortress in the river guarded by two sculpted lions. 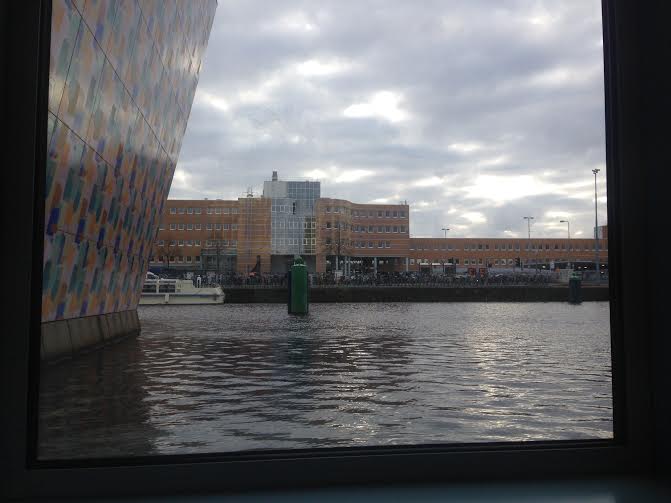 Its sister building, a banana-coloured rectangle, is currently hosting the V&A’s David Bowie Is, an exhibition which it would take a supernatural steeliness not to be starstruck by if you can get there before its run ends in March.

Of the two pubs I saw, both on Oude Boterinesraat, Mr Mofongo is notable for having a mechanical bartender in the form of a curious robotic arm which grabs at a huge wall of drinks, and the Dog’s Bollocks offers 150 beers.

But the most alluring attraction in the region might just be outside the city: take a boat to Schiermonnikoog, a small, flat island, home to fewer than 1,000 permanent residents and the Netherlands’ first national park, then rent a bike and breeze around the beaches and picture postcard houses. Few places in Europe match its idyllic serenity. 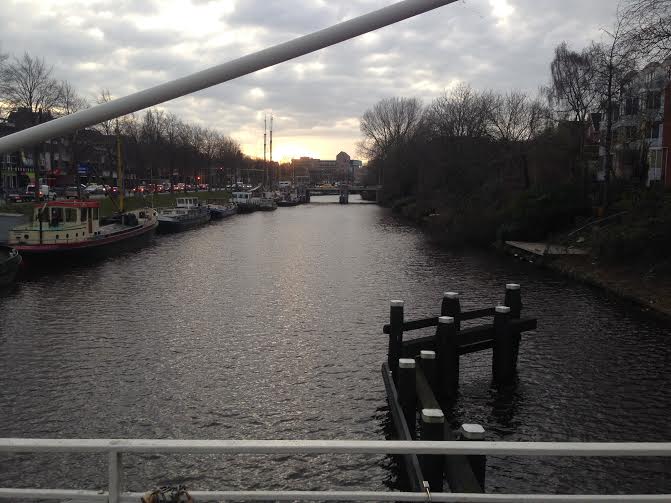 London Southend Airport is the only UK airport that flies to Groningen, flights are available at flybe.com with prices starting at £29.99 per person. Find out more about Groningen at toerisme.groningen.nl. Packages including exhibition entry, flights, accommodation and special events are available for David Bowie is (at the museum until March 13 2016), find out more and book online at davidbowieingroningen.com.