The Myths and Realities of Medellin

Mention visiting Medellin – the second largest city in Colombia with a population of about three million –and people may well gasp in horror. For many it ranks right up there with Caracas, Johannesburg and Kabul. Slightly more than twenty years ago, Pablo Escobar was running the drug cartels and Medellin was identified as the most dangerous city on the planet. Something as simple as going for groceries could be fatal. Exact statistics of how many thousands of people were murdered and/or disappeared is based on estimation. Escobar died in a shoot-out with the police in 1993.

Fast forward to 2012 and Medellin was named the most “innovative city of the world” by the Urban Land Institute based in Washington. So how did Medellin manage the Mr. Hyde/Dr. Jekyll transformation on fast-forward? The short answer is commitment, determination and monitoring corruption. Urban planning types are advised to follow up with some research. Only pedestrian traffic is allowed in the city centre; the public transportation system is second to none; there is a cable car service. The locals take great pride in their city and it shows. 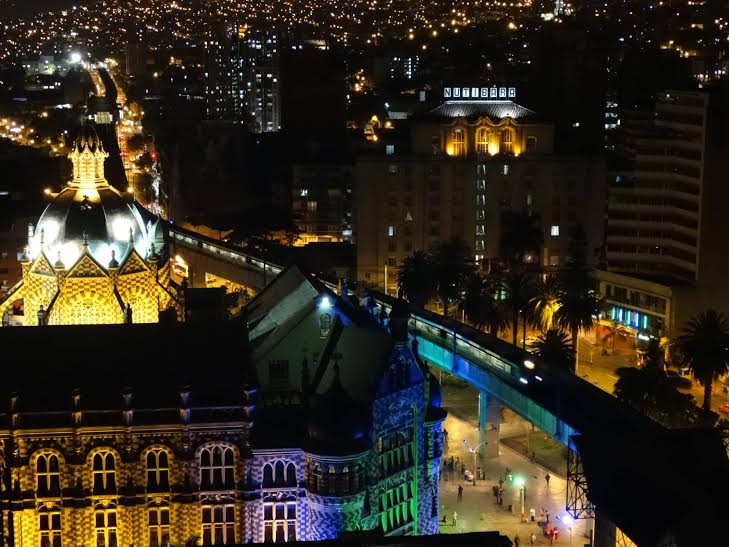 Scenery is fine, but when it comes to assessing a place, the essential elements are the people, the food, the entertainment and the accommodation.  Medellin has all of the aforementioned.

The Spanish-speaking locals go out of their way to help. Staff at restaurants are delightfully tolerant of ignorant foreigners who don’t understand the menu. A clerk at the supermarket pushed my cart around so we could find the things on my list faster. Then the packer delivered the bags to my apartment half a block away.

If you want to spend a lot of money, you can find whatever you want. Eating locally is too much of a pizza-pasta-empanada diet for my liking. The upside is that I will start cooking again. I’ve just come out of two years in the Kingdom of Cambodia where food was too cheap to even bother about thinking of spending time in the kitchen. Colombians are serious carnivores. The markets are filled with vegetables, but somehow they don’t make it onto the plates served in restaurants, and I do need my greens.

Those who want to speak English and hang out with people who look and think like them, should head for El Poblado. Those wanting something a little less foreigner-infested could check out the area around the Stadium. El Centro is like Wall Street in that it is busy during the day and dead at night. Lock the door when you get in a taxi – don’t even think about walking after dark, particularly if you are a woman – and ask the driver to wait. Getting drunk, wandering around the streets alone and being mugged can happen anywhere. Be safety conscious and you will be fine in Medellin. My apartment is in Boston, a middle-to-upper class suburb full of bars, restaurants, supermarkets and street vendors. But there aren’t any hotels or hostels in the area as it is only locals who live here. In fact, I’ve only seen one weedy-looking foreigner in the ten days since I moved in. 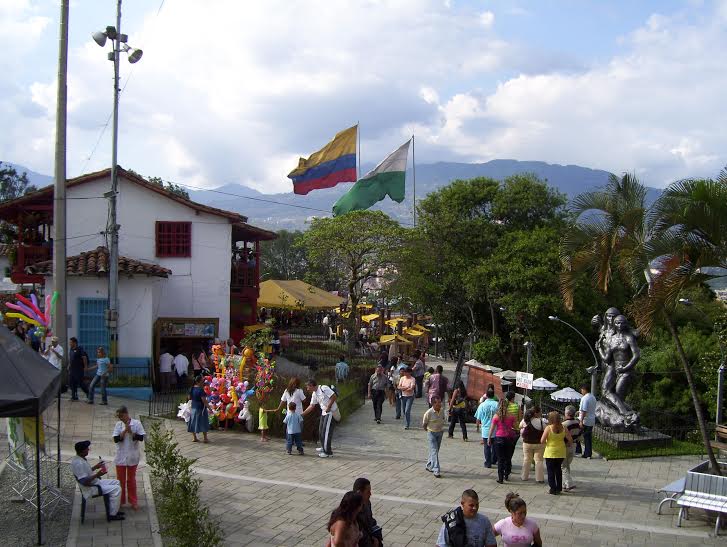 I get bad marks for this section as my idea of entertainment is low-key. The party-hearty types can check their apps for recommendations.If I want a cerveza – a beer – I wander down to a little bar that circles Avenue de la Playa and Calle 50.

A must-try drink to kick-start the entertainment is aguardiente, which literally translates as “fire water.” Jagemeister has nothing on this one, so mix it with a bit of lime and sip, rather than skull. If you wake up with a hang-over-to-die-for, remember you were warned. Marija from El Restaurante Recetario Bar at Calle 53 No. 43-44 runs an inviting place. The walls are hung with local art work, the wine is good, the music is classical Spanish and the ambience is charming.

At El Demonio on Avenue de la Playa the only thing you can buy by the shot is aquardiente or rum. Everything else – wine, whiskey, brandy – comes by the bottle. The locals leave the cap at the bar and go for it.

After spending June 2012 in Bogota I predicted Columbia was going to be the next “must-go-to” place and that has already started to happen. So ditch the myths and legends and hop a flight to Medellin, which is truly a spectacular city. With any luck you will beat the hoards that are about to follow.

Jody Hanson is an insufferable travel junkie who has visit 107 countries – 67 on her own – lived in nine and holds passports in three. She has visited all the countries in North, Central and South America except for Venezuela, Guyana, Surname and French Guinea. She wrote this article on behalf of Tucan Travel who offer all types of travel excursions to Colombia and all over South America.