Stunning, exquisitely beautiful, the superlatives are inadequate to describe what has become one of the world’s top tourist destinations according to TripAdvisor. 5,790,101 visitors from all over the world and of all religions came in 2017 to marvel at the architecture or to pray.

The Grand Mosque is named after Sheikh Zayed bin Sultan Al Nayhan, Abu Dhabi, who was the first President of the U.A.E. after he persuaded 6 of the Emirates to join together in 1971. Oil had been discovered under the Kingdom in 1958 and Abu Dhabi was extremely wealthy. Sheikh Zayed wanted to share the wealth and leave a legacy which both increased understanding of the Islamic world, and fostered improved relations with those of other religions. He chose to build a magnificent mosque  and encouraged free entry for all of any religion or none. The total cost to build the mosque which took 12 years to complete was US$ 545,000 million. 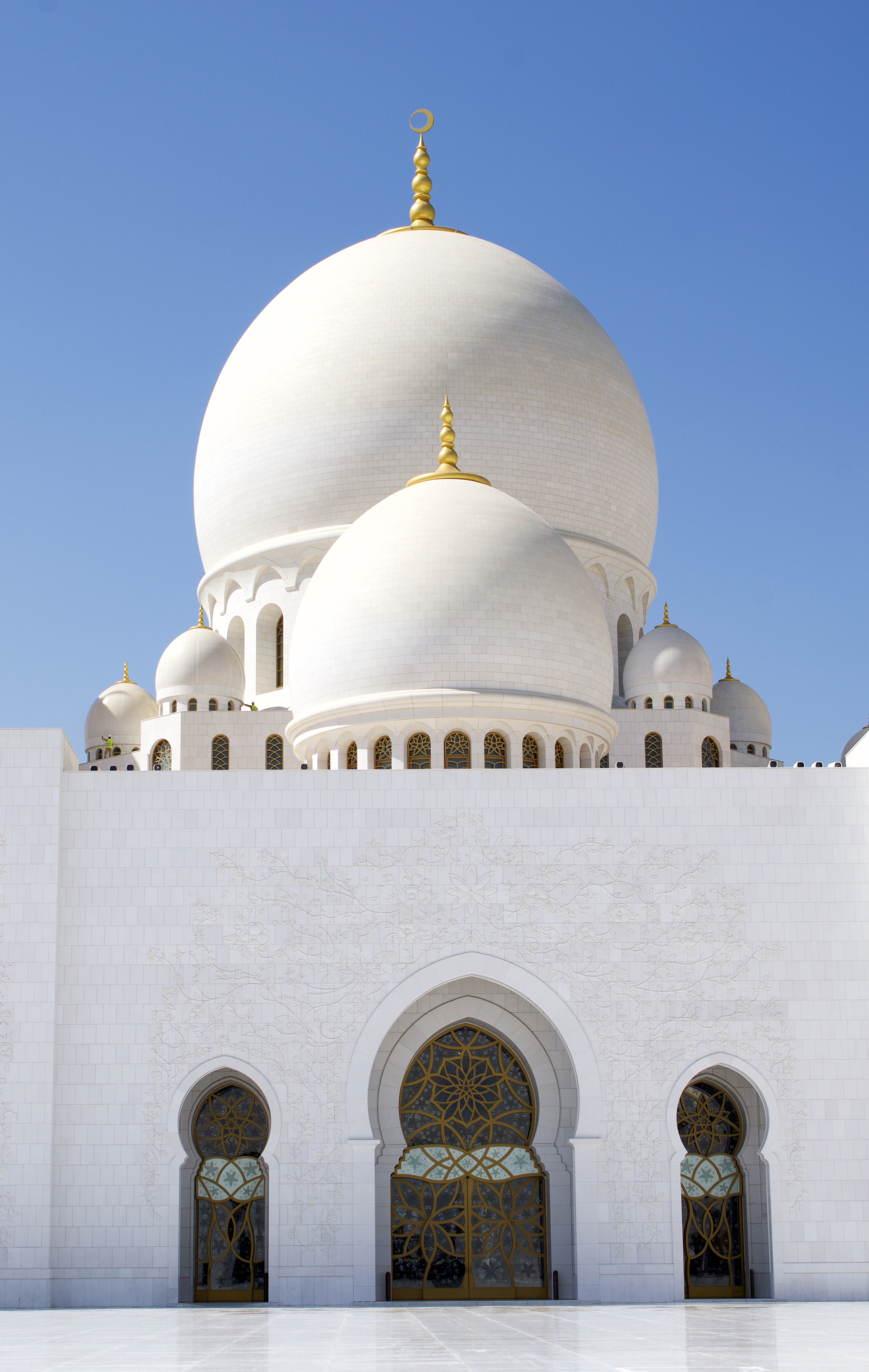 In 1996 Sheikh Zayed chose a Syrian architect, Yusuf Abdelky, to design the extensive buildings spread over 30 acres. There are 82 marble-clad white domes of different sizes and over 1000 white marble columns, many decorated with gold pineapples or with mother of pearl or lapis lazuli flowers. At each corner of the huge inlaid white marble courtyard there are 350 foot-tall minarets.  Everything is lavish, but in impeccable taste. The main prayer room accommodates 7,000 worshippers. The chandeliers, made in Germany, sparkle with thousands of Swarovski crystals, They compliment the world’s largest hand-knotted carpet designed and made in Iran. The main contractor for the building was Italian and artisans from Pakistan, Afghanistan, Austria, Germany, India, Greece, Turkey, Egypt and China were employed to create this international treasure. 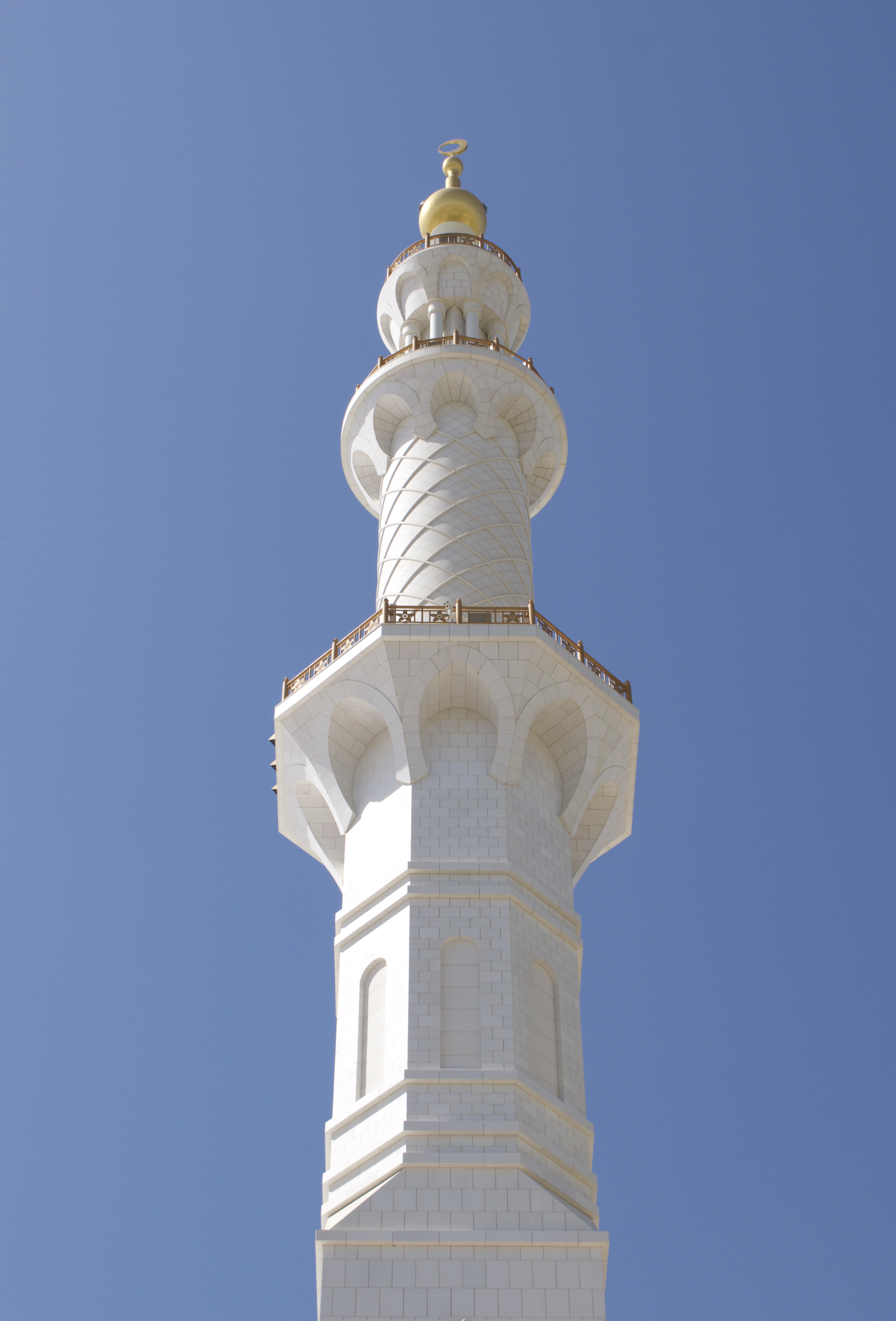 I had arranged a 3 day stopover en route from North America to Tanzania, primarily so I could see the Grand Mosque, the 4th largest in the world.  I visited on a day tour from Dubai to Abu Dhabi in which we also visited Ferrari World, and the Heritage Village where we leaned something of the history of pearl fishing. We also saw examples of Bedouin tents and some of the original buildings from before the inception of this young country.There were  remnants of dhows, sailboats with heavy canvas sails used to trade dates and vegetables farmed here. We had free time to shop in the souk, the market. Our last stop gave us a splendid view of Abu Dhabi, a city built on 200 islands, from the top of the Etihad Towers.

There is a strict dress code in the mosque. Our day-tour tickets included abayas for the ladies, collected after our tour to be cleaned and repacked in plastic for the next use. It was remarkable to me that although everyone removes their shoes in the entrance hall, there was no smell of sweaty feet. The entire buildings are open to the fresh air  and scrupulously clean with no detectable odors. Crowds of international visitors, many taking photographs, often talked quietly but were respectful. The atmosphere was one  of peace and harmony between the many nations represented both in the visitors and the craftsman who had created this incredible work of art. 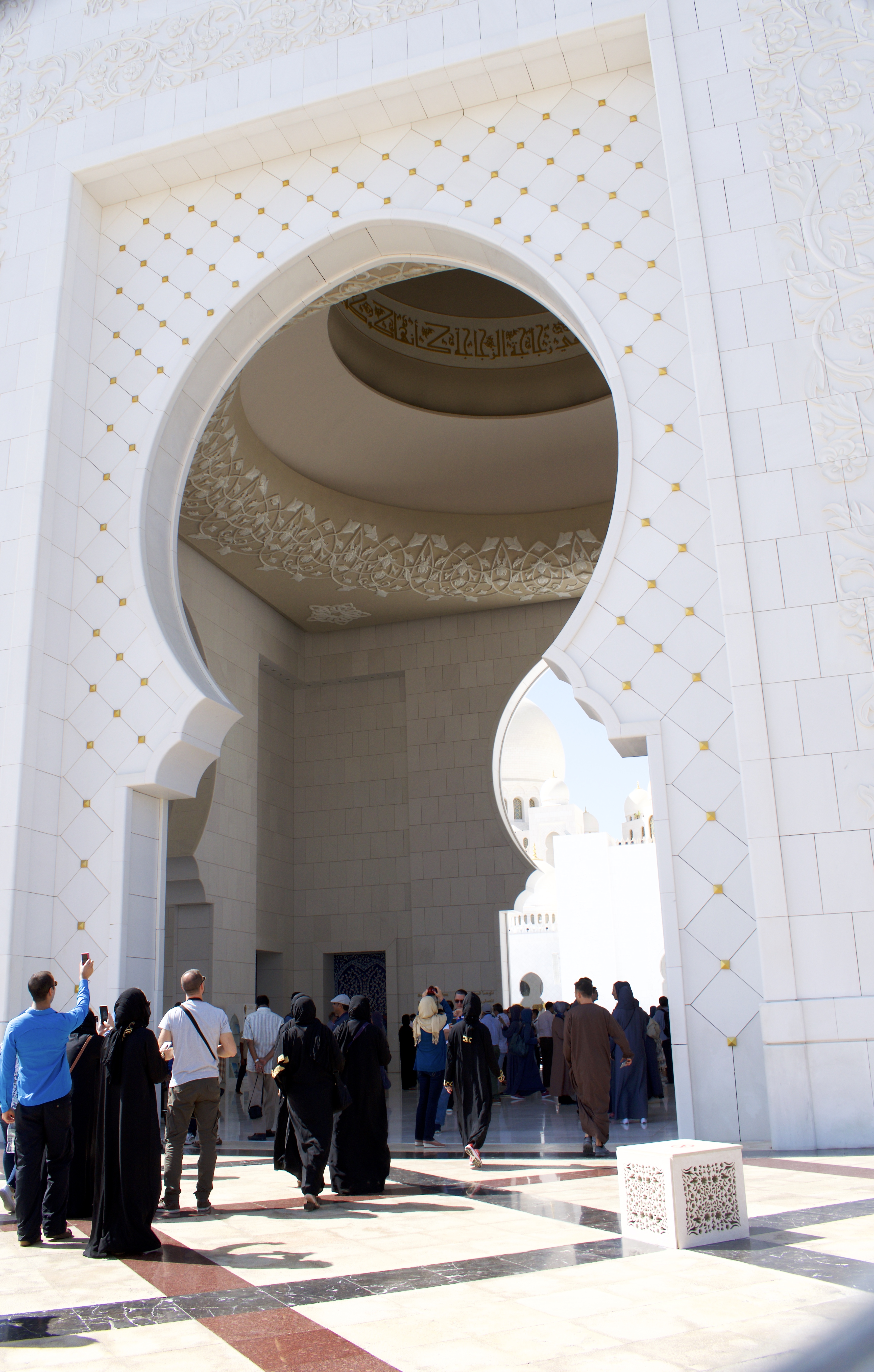 The Grand Mosque is open 9am – 10 pm Mondays – Saturdays, except Friday mornings and Islamic Holy Days when it is only open for Muslims to pray.

Entry is free. Tickets are available from tour agents in Dubai and Abu Dhabi. Prices will depend on what else is included in the tour.

The hop-on, hop-off bus in Abu Dhabi makes a stop at the mosque. 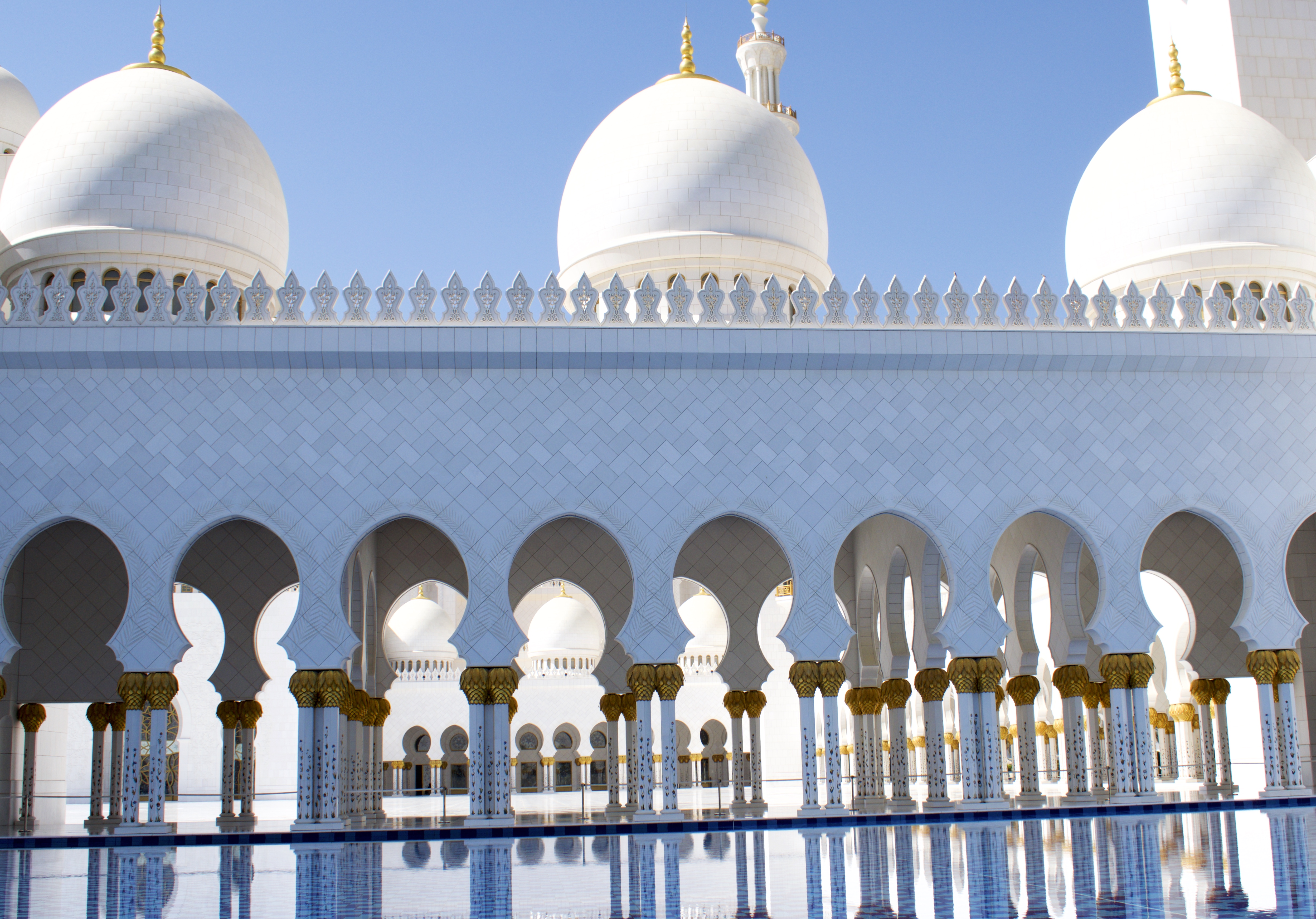