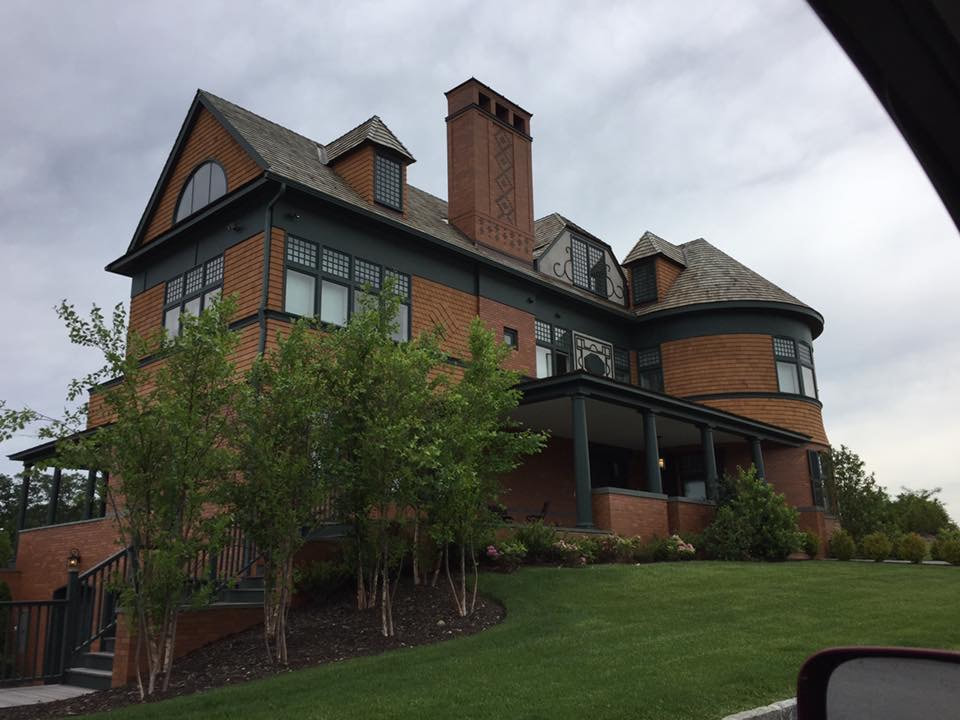 If you are a follower of my weekly Friday travel column in ThisIsTheBronx.info or my weekly blog on HeartofTheBronx.com, you know how enamored I am with history and namely, the remarkable gems of the past found in the New York City borough of The Bronx.

The more exploring I do around the borough, the more astounded I am with the notable treasures and their special part in laying the foundation of The Bronx and the city at large.

Take for instance the community of Riverdale. Today it is one of the most expensive neighborhoods in New York City, a reputation it has maintained from its days as a 19th-century estate district where many of Manhattan’s business moguls built their country estates,

In addition to boasting one of the highest elevations in New York City, with scenic views of the Empire State Building, George Washington Bridge, Hudson River and New Jersey Palisades, this three-square mile section of The Bronx is also home to designated historic districts. In fact, the Hudson Hill neighborhood still retains many of its historic mansions.

Filled with expanses of greenery, original forest and a characteristically hilly landscape, it is no wonder that Riverdale is one of the most sought-after residential areas in all of the city today.  It also stands to reason that it was the perfect rural setting in the 19th century for Manhattan’s wealthy elite to build country estates and escape the crowds and congestion of the city.

Fieldston, in particular, has a noteworthy history to its founding, and in fact, the wooded, scenic enclave of Fieldston was designated a historic district by the New York City Landmarks Preservation Commission in 2006.  Additionally, northwest of the neighborhood lies a 15-acre Riverdale Historic District, designated in 1990.

Located in northern Riverdale, Fieldston was originally part of the estate of Major Joseph Delafield. Purchasing 250 acres in 1829, Delafield named it after his family’s estate in England. The Delafield family laid out lots in Fieldston in 1909, intending to develop the land and named it “Delafield Woods.”  The timing of their neighborhood development coincided with the one-year prior extension of the IRT Broadway–Seventh Avenue Line (present-day 1 train) to Van Cortlandt Park–242nd Street, creating more ease and convenience for Manhattan-bound commuters.

Working with the natural contours of the land and preserving as much of the wooded areas as possible, civil engineer for the project, Albert E. Wheeler, heeded the advice of Frederick Law Olmsted, the American landscape architect, popularly considered to be the father of American landscape architecture, and worked with the land’s innate characteristics rather than employ a grid pattern.

In 1910, the first house was begun, with its completion in 1911 and by the beginning of the 21st century, Fieldston, a privately owned community, was one of the wealthiest neighborhoods in New York City.

Leland Weintraub, the commissioner who moved for the district’s creation, noted that “most of the features commonly associated with the American romantic suburb of the mid-19th century” including “a picturesque site, landscaping and architecture; connection to the city by accessible transportation and a layout adapted to the topography” are present in the area. 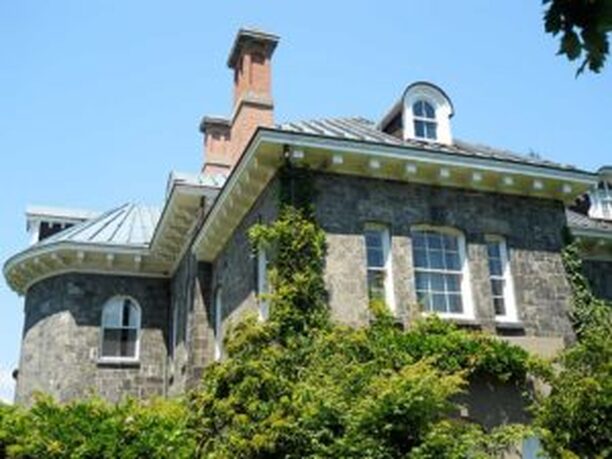 As far as notable Riverdale buildings go, the historically designated “Stonehurst”, the Robert Colgate House, whose name was subsequently changed to the Katzenbach House, was built by one of America’s foremost  business families.

I always love knowing the back story, so I’ll share with you the details on how “Stonehurst” came to be.  The Colgate family history in America began with William Colgate, an English manufacturer who, in 1806, founded what would become the Colgate toothpaste company.

Born January 25, 1783, William emigrated to America with his parents, Robert and Sarah Colgate in 1798, leaving their farm in Shoreham, Kent, England.  Robert (for whom William’s future son would be named), was a farmer, politician and sympathiser with the American War of Independence and French Revolution, which was eventually the impetus for his moving to America.

The family settled on a farm in Baltimore, Maryland, where William’s father started a soap and candle manufacturing business, where the young Colgate would help his father. The business lasted only two years, and thereafter, the family would re-settle in Delaware County, New York.

William Colgate, however, would move to New York City in 1804 as a young man, where he became an apprentice to a soap-boiler. Closely observing the methods practiced by his employer, he not only garnered the craft, but would also become savvy in the ways of business management. By the end of his apprenticeship, he had developed valuable contacts with dealers in other cities, setting himself up for success.

In 1806 William established a starch, soap and candle business in Manhattan, on Dutch Street. Then, fourteen years later, in 1820, he started a starch factory across the Hudson in Jersey City. His success as a pioneer soap manufacturer led him to become one of the most prosperous men in the city of New York, with his legacy still alive through the Colgate-Palmolive Company and Colgate University.

His marriage to Mary Gilbert produced three sons, Robert, James and Samuel. His son Robert (1812–1885), purchased land in 1860, on which he had built a two-story picturesque Italianate villa that he would name, “Stonehurst.”  The building was constructed of ashlar Maine granite. According to the Landmark Preservation Commission, “the noted historian of Westchester county described the Robert Colgate House as “one of the finest residences on the Hudson,” added that “the resources of wealth and refined taste have joined to make it a thing of beauty.” “

It was designated a New York City Landmark in 1970, with the Landmark Commission’s report stating, “Stonehurst has a classical flavor and a symmetry which are most unusual within the romantic and generally asymmetrical Anglo-italianate villa tradition…(and) displays a sensitive response to its splendid setting.  This is characteristic of the age of Emerson and the transcendentalists and illustrates the rise in landscape architecture and landscape painting.”

In 1983, Robert Colgate House was additionally listed on the National Register of Historical Places.