So by the time we had gotten through Ecuador we were familiar with the musical talents of one Prince Royce, a young latin Bachata singer from NY. We heard his songs constantly, along with another latin darling Romeo Santos. By the time made it through Colombia we heard their songs at least 20 times per day. So when we googled them we were happy to discover that Prince Royce was playing in San Juan, PR on the 5th December and fitting in with our timeline for LA we decided to add Puerto Rico to our itinerary.

Our first full day there, we woke up late after an evening of a few rums unsure what to do next. There’s no bus system, taxis are expensive and the city is huge. All the hostels, the whole 3 of them tell you to hire a car. Wish we had known as we would have hired one at the airport. We spent the day walking around Miramar looking at all the interesting street art. There are some great pictures on the buildings but the area itself is a little sketchy. In the evening we had a few drinks at the hostel and then went to La Plazita.  La Plazita is a square and a few blocks around the market that has heaps of bars with live music and restaurants. You can buy beers and drink in the street. People started dancing to the the music and we pretty much just watched them. Their salsa is amazing here too. 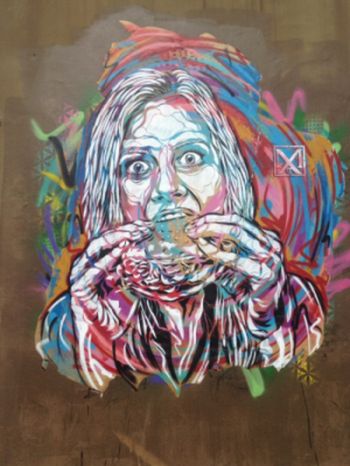 On Saturday a lady we met at our hostel had asked if we wanted to go to one of the islands for the day (she had a car) but got an offer from some guys she’d met the day before to go out on their boat. We met the guys at another hostel nearby and then went to a supermarket to get some food and alcohol for the day, as there was going to be nothing on this island. Then we drove the hour to Fajardo to catch the boat and spent the afternoon swimming and dancing on the boat next to Isla Palomino. It was stunning, turquoise waters and white sand set upon and deserted island.

There were hundreds of other boats pulled up along the shore, the captains rent out their boats and guys fill them with girls. The captain was telling us he makes around $70,000 for 4 months work. Sunday we switched hostels and moved into old San Juan. The hostel is in a lovely area at the beginning of old town just opposite the docks where the cruise ships come in and dock . There were 3 docked when we arrived. The view from the balcony is spectacular. 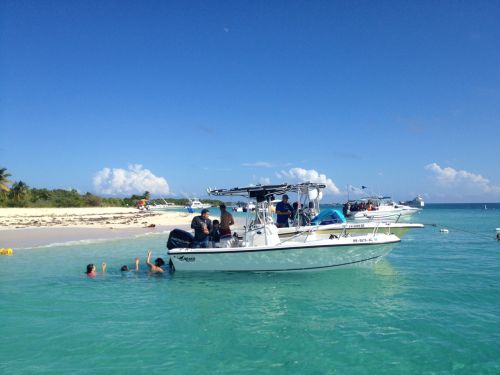 By Monday morning all the cruise ships had left and so the docks were bare. We went for a walk around the old city to explore it further. We took the route mentioned to us for the beautiful doors of San Juan. These doors are one of the main attractions but all we noticed were the high number of cats loitering around the streets. We couldn’t see the famous flag door so we will have to Google it’s location later.

Tuesday was spent walking the city and checking out the beautiful buildings, souvenir stores and taking lots of photos. We found the flag door and took some photos. I’m not sure how much longer the door will be there as there are plans to rebuild the building. We finally made it to El Morro the castle on the edge of town and at the opening of the bay. The castle is $5 entry, valid for both castles and for 7 days. So we went to the big one at the back of the town, Castillo El Morro. It’s huge!  We started by walking the main drive down and the view was spectacular. Old town behind us the cemetery to the right and the ocean to the left. We took some photos and marvelled at the sight of the castle looming ahead. Inside the main gate we wandered though the artillery rooms, hospital and then climbed the ramp up to the light house. The light house was build in the early 1900’s, the rest of the castle was built in the 1500’s or 1600. We watched some cruise ships come in through the bay to dock and continued to walk around the fort/castle. We saw where the USA army added viewing ports to the sides of the castle in the 2nd world war to watch for ships. It was really interesting and probably one of the biggest and best forts we have seen all year. 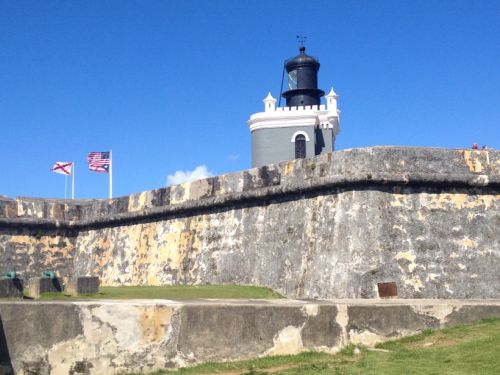 Wednesday we walked around in the morning and tried a local brand of coffee from the mountains of Puerto Rico but it was not as good as the Hawaiian one we have been having all week from Bad Ass Coffee.  Back at the hostel we met a guy with a car, who was doing a drive around the island and invited us to go with him. We accepted of course.

So the next morning we got up early and headed off to explore the island. We began with a wrong turn off the freeway and ended up in Aricebo, the home of the worlds largest stationary satellite dish. As seen in the movies Golden Eye and Contact.  We started in the visitor center reading about the planets, the building of the dish and other space related things before being ushered into a movie theatre with a school group to watch the mandatory movie. The movie was about how and why they built it and what they study. It was actually really interesting. The dish is huge, and the dome and antennae are mounted on a movable arm suspended in the air above. This part moves to pick up signals.In the 70s a group sent a signal into outer space looking for other intelligent life and so far no answer has been received. This is the only dish powerful enough to send that message. It can also take 3D images of planets, asteroids etc by bouncing signals.

Next it was off to the west coast where we found ourselves stopping for lunch in a beachside place for a seafood lunch. We had some empanadas with seafood. One was a lobster empanada the others were shrimp, fish and a crab one. They were good but because they were deep fried I wouldn’t order them again. There were giant fish under the restaurant and we threw ice down to them and when they ate it you could see how big their mouths were. I could have put my whole fist in there.

After lunch we followed the coast down to Cabo Rojo and the light house. Cabo Rojo were some red lakes similar to the ones we have seen in Colombia and Galapogos populated by flamingoes. There were no flamingoes at this time of year but we found a few hermit crabs wandering around. The light house was really pretty and set on a lovely coastline. The bay next to it had the most stunning beach and a sign saying there’s usually manatees in it.  With a massive storm looming we headed on to our last stop of the day in the middle of the south coast, Ponce.

About half way to Ponce the rain started. It was so heavy in parts that we couldn’t see the road. We continued carefully and made it to Ponce and the Parque de Bomberos as the rain began to ease. I did a quick run around the plaza in the rain taking photos of the colonial buildings, church and the monument to the firemen. It had a row of painted lions out the front and in the rain I did not see the vintage fire trucks inside. I saw them later as we drove passed on our way to Farajdo to pick up some of our guide’s friends. I’m glad we got out to see the island. 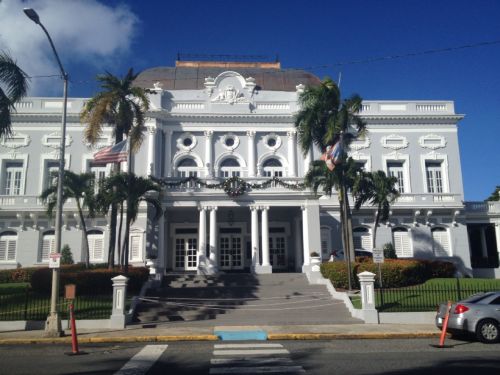 Friday was our last full day in Puerto Rico so we took one last walk around the old city and ended up in the other castle, San Cristòbal. It was not as impressive as the other one but it was still pretty cool. You could see the additions the USA made during WW2. We went inside the communications room and one of the watch towers. We walked through some tunnels and saw some pictures drawn on the walls in the dungeon.

After a quick dinner at Wendy’s we headed off to the concert with 2 German girls from our hostel. The stadium was small and not as brightly lit as I was expecting but we were excited. When we got in and found our seat we were surprised to see more of a mix crowd than the mainly teenage girls we were expecting, but I think we were two of the few who went there to see Prince Royce. I have to say I loved it! It was the cheesiest concert I’ve ever been to but it was great! Looking around we noticed just how dressed up the ladies were. Giant heels and super tight dresses. Wisin came up around 11 and played till 2. Just about every song he did had some guest rapper that joined him out on stage. The lighting and everything made for a good show. The crowd was pretty tame compared to the Colombians at the Queens of the Stone Age concert we went to who were going nuts the whole time. It was a great way to end our Latin American portion of the trip!