An overdue visit to the Scottish Highlands

The train journey up was a highlight in itself. Departing from Kings Cross, an eight hour train journey may not sound that enticing, but the promise of the some of the best scenery the UK has to offer meant this was a part of the trip that I was looking forward to very much. I was not disappointed. Up to York the scenery is fine, it improves between York and Newcastle and then from Newcastle to Perth exponentially. The landscape changes from England’s rolling hillsides and lush patchwork farmland to rugged and dramatic moors as one goes further north into Scotland. As we moved further into Scotland the route takes in the coastline and its smattering of links golf courses and vast beaches, crossing the Firth of Forth bridge, after which heather and thistle becomes more prevalent.  The small stone walls definitely brought memories of secondary school History lessons. Perhaps appropriately weather set in at this point and the landscape became markedly more jagged and aggressive before mountains and fir trees took over. It was stunning.

Arriving in Inverness after 8pm I overnighted and the next morning caught a bus to Fort Augustus that was to be my base for the long weekend. Again the journey was enjoyable with the bus skirting Loch Ness, giving one a true sense of its enormity. Fort Augustus is a pretty hamlet of around 500 people nestled at the southern tip of Loch Ness and serves as a good base to explore the highlands. It is equidistant from several key sights, and boasts numerous walking trails catering for any level, as well as a healthy smattering of good restaurants and pubs. 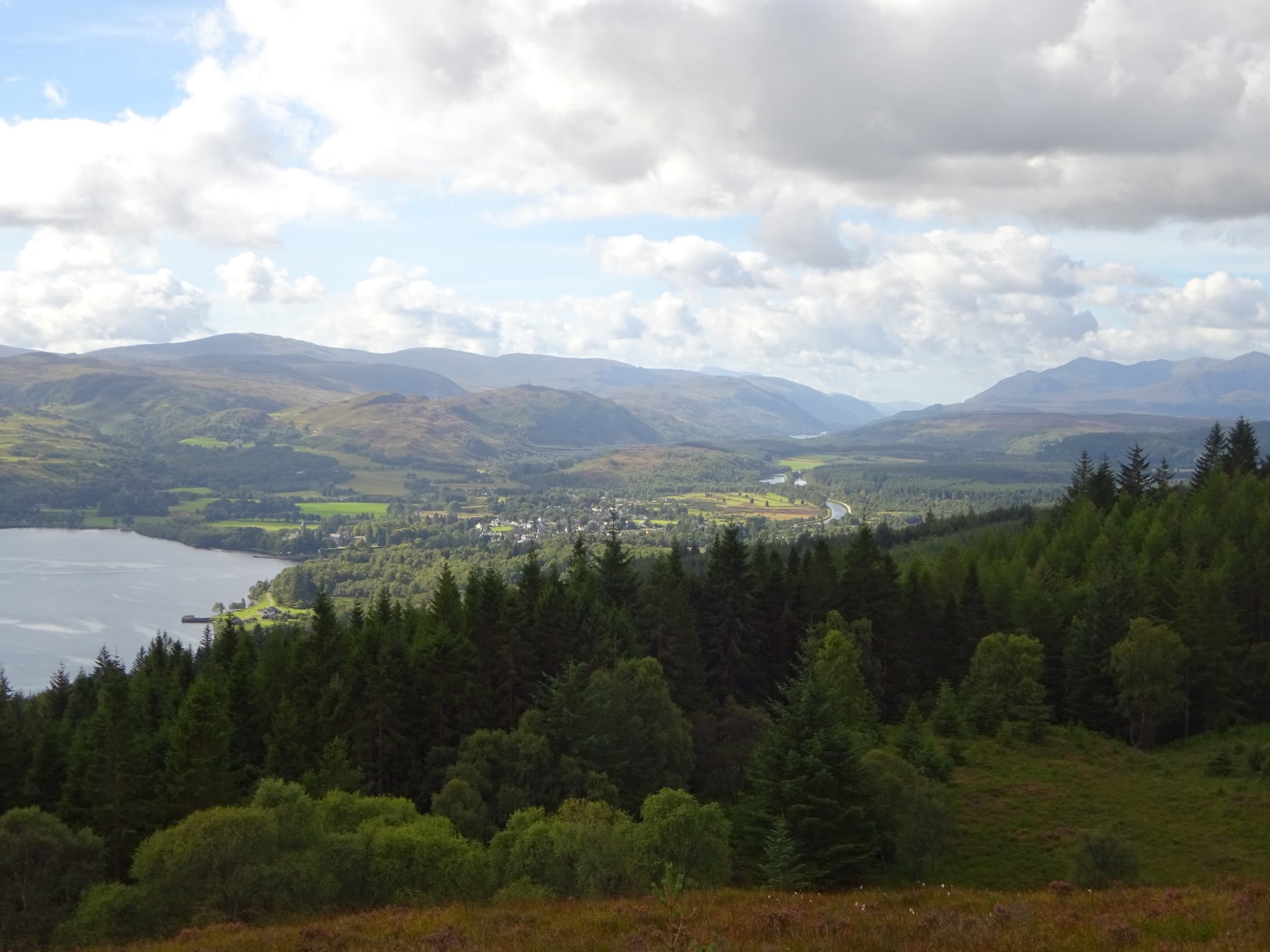 With an afternoon to kill I decided to take on some of the trails in and around Fort Augustus. It is fair to say that some trails are better marked than others and by the end of the day and somewhat exhausted I had probably walked 50% of all available trails, not by design. There is a good variety of flatter routes through the forest and by the River Oich, but the best views are found by venturing higher via the Old Military Road. I was a little surprised here to find significant deforestation being undertaken, albeit a long way from the main tourist area and high up the mountain. I would say here that I am not sure that the number of excellent views I found matched the effort I had to put in to find them; but nonetheless it gave me a tantalising taster of the views I could look forward to the next day. 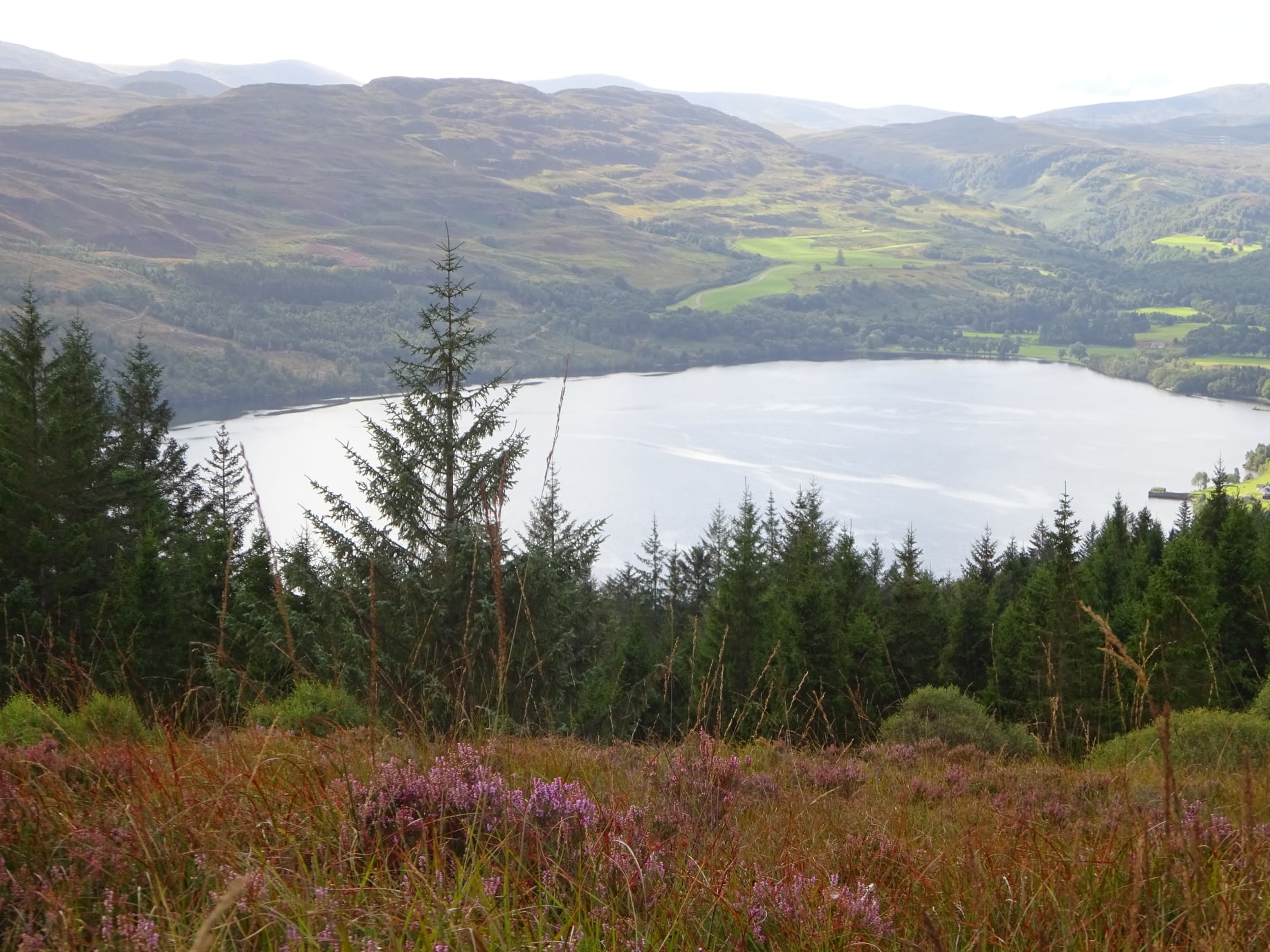 There are two routes (high and low) via the Great Glen Way (which is well sign posted) to Invermoriston which is just over 6 miles away – so ideal for a day trip with a packed lunch. The climb of about 400m to reach the high route is challenging in places but absolutely worth it. The route boasts magnificent views of Loch Ness and the surrounding hills and valleys.  The trails are undulating but not difficult and on the Sunday morning I went all but deserted. The water levels were apparently not high enough to make the Invermoriston Falls as spectacular as they can be – I was told water can almost reach the bridges at certain times of year. Interestingly, J M Barrie wrote Peter Pan from the area around the small summer house which provides the best view of the falls. Invermoriston also has a handy little picnic area to refresh and replenish before taking the low route back which was very pleasant stroll. 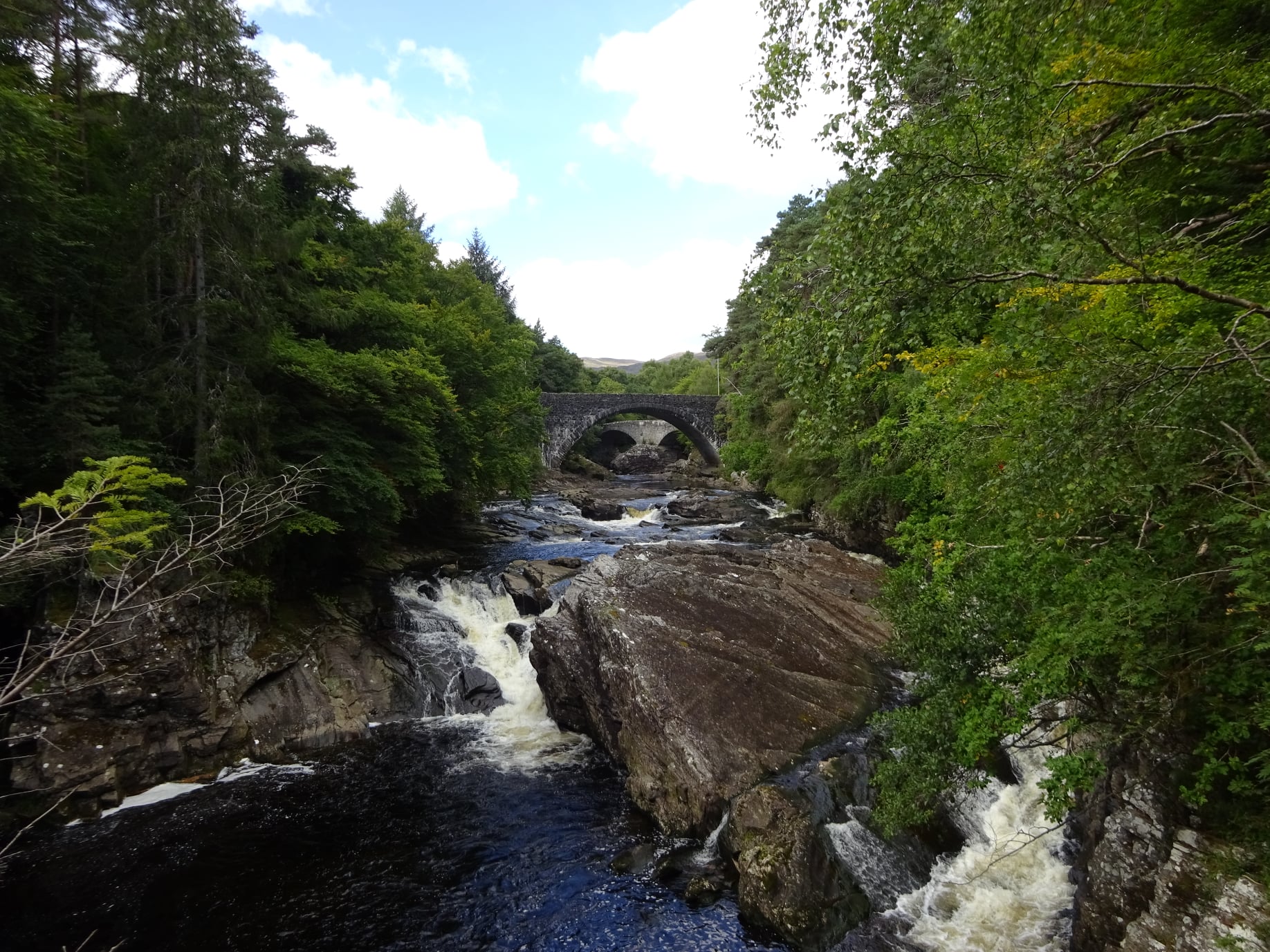 Urquhart Castle, also affectionately known by locals as Murder Castle is something of a must visit. Dating from the 13th Century, the Castle played a key role during the Scottish Wars of Independence and was subsequently used as a Royal palace. Possession became something of an item of prestige during the ensuing clan wars between the Grants and the MacDonalds. The Castle fell into decay in the mid 17th Century and was latterly abandoned. Today it is one of the most visited Castles in Scotland. There is an excellent visitors centre and booking ahead is currently mandatory. 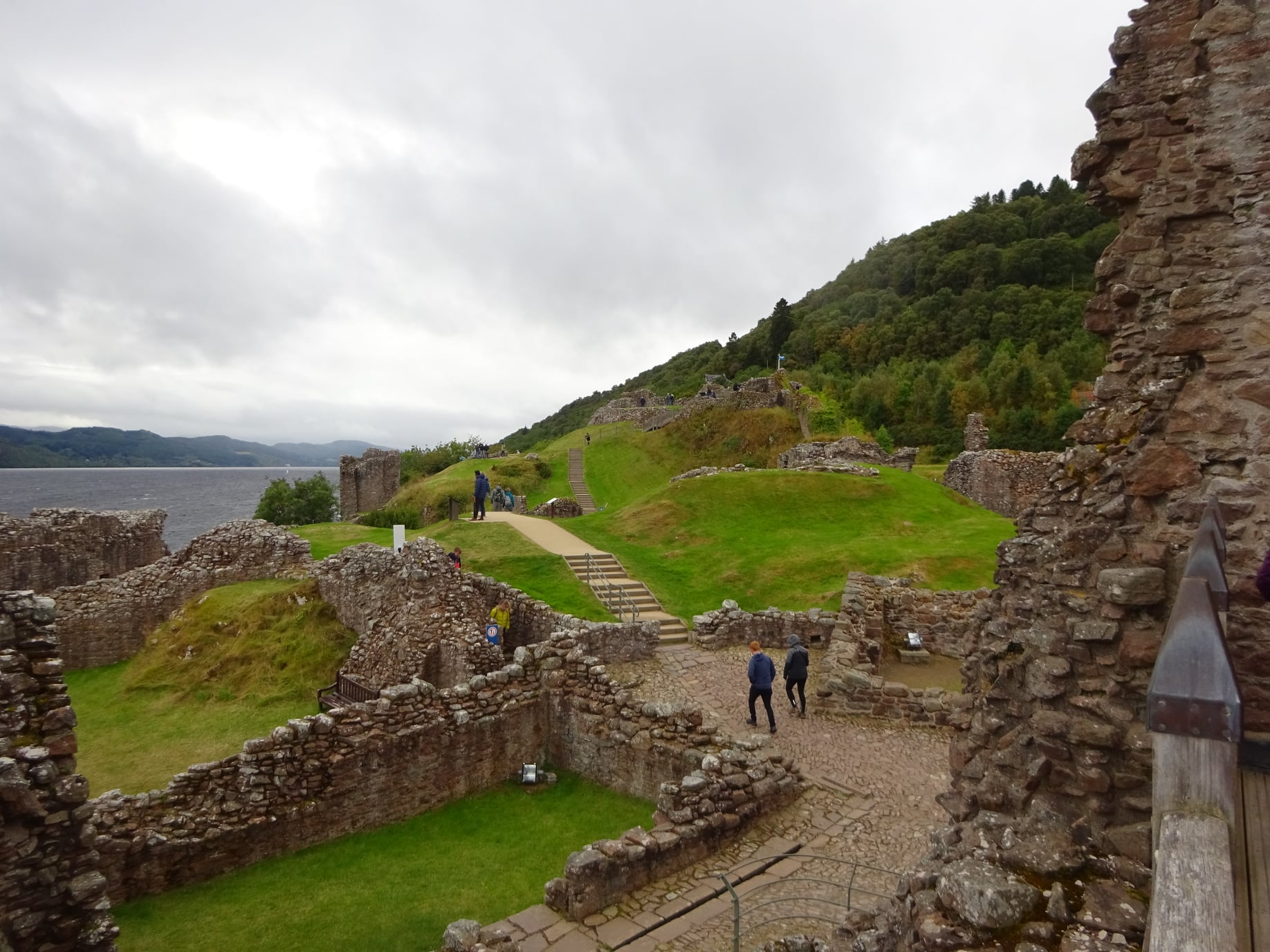 The Spean Bridge Commando Memorial and poignant Remembrance Garden is worth a drive over or bus journey to. This was the area where the Commandos who landed on D-Day undertook their basic training. Churchill’s idea was for an elite force to be created to wrestle back the initiative in World War Two. Somewhat appropriately (it seemed) the drizzle and wind increased markedly when I visited, rendering it somehow more authentic. On a clear day this is a good spot to see Glencoe. 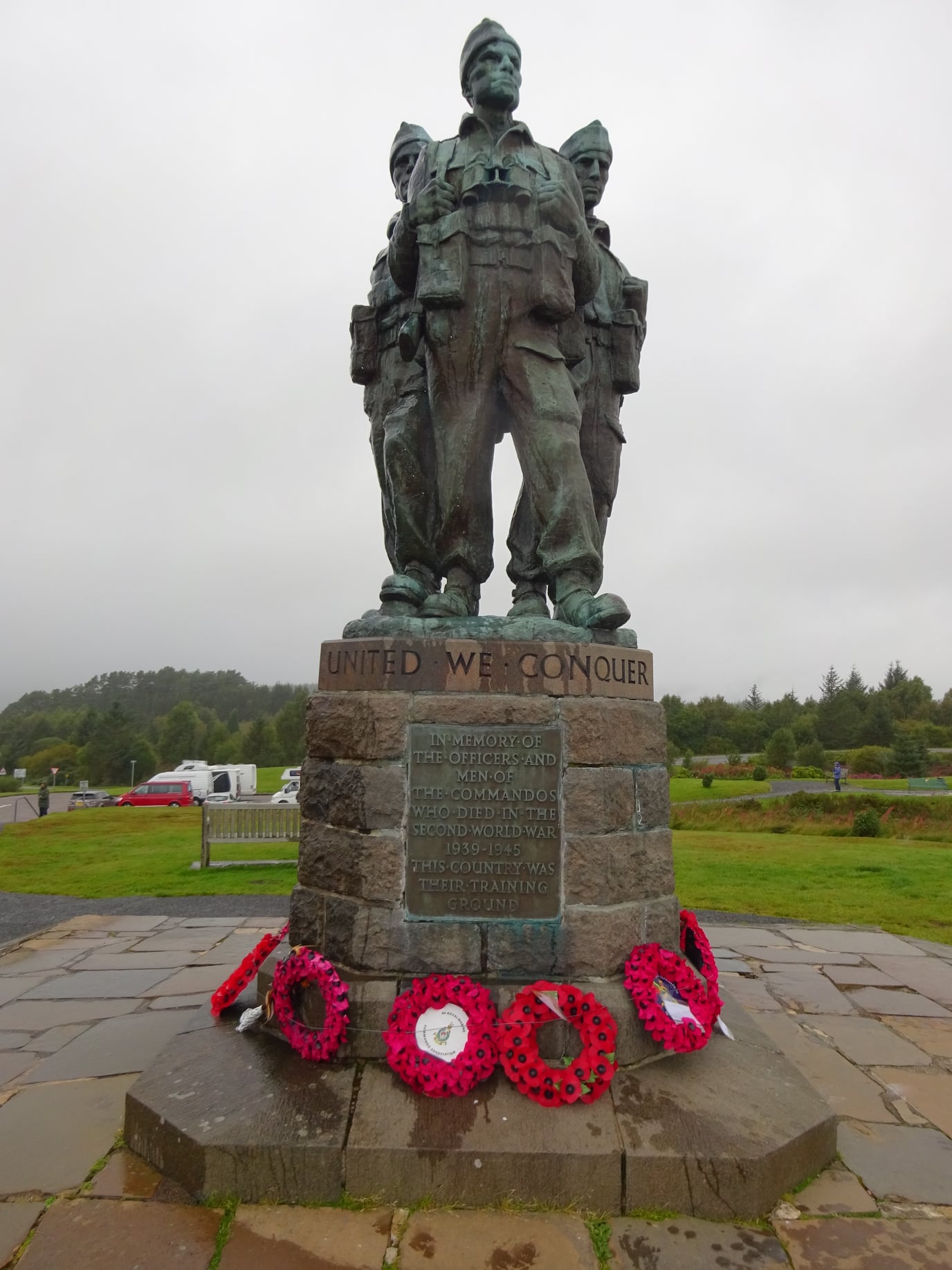 Inverness as the gateway to the Highlands has enough to keep the visitor entertained for an afternoon. The thing to do is just to wander up and down the well kept area by the River Ness. The High Church is an interesting visit if only for the slightly morbid story described on the information placard. St Andrew’s Cathedral (1866) has a pink granite look and is the architectural pick of the city’s buildings. 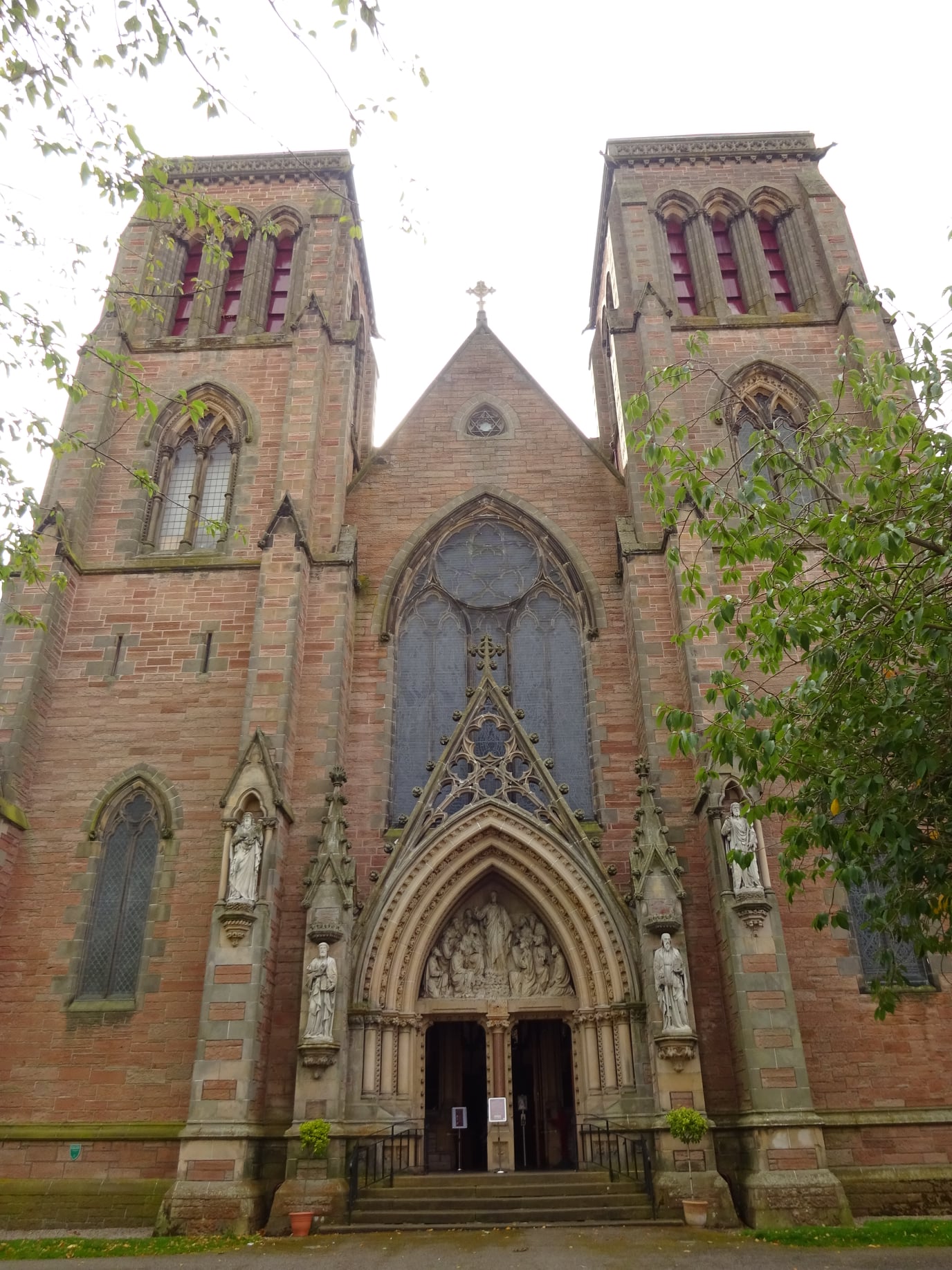 The Inverness Museum and Art Galley is the best museum in town – although Art Gallery is being a little generous. I was rather hoping for a selection of sweeping panoramic paintings of the highlands, but there were only a handful if that. The Museum is primarily dedicated to artefacts and archaeology of the region and does also give a swift historical journey from medieval times through the middle ages and industrial periods. Again, booking ahead is at present mandatory.

I actually loved my long weekend in Scotland. I say that as if I am surprised, and I was a little but I don’t really know why. Scotland has a great deal to offer travellers. Outstanding scenery, impressive and deep history, strong and authentic culture are complimented by a friendly welcome, ease of transport and a plethora of dining and accommodation options. I would absolutely recommend her for a short or indeed longer stay. 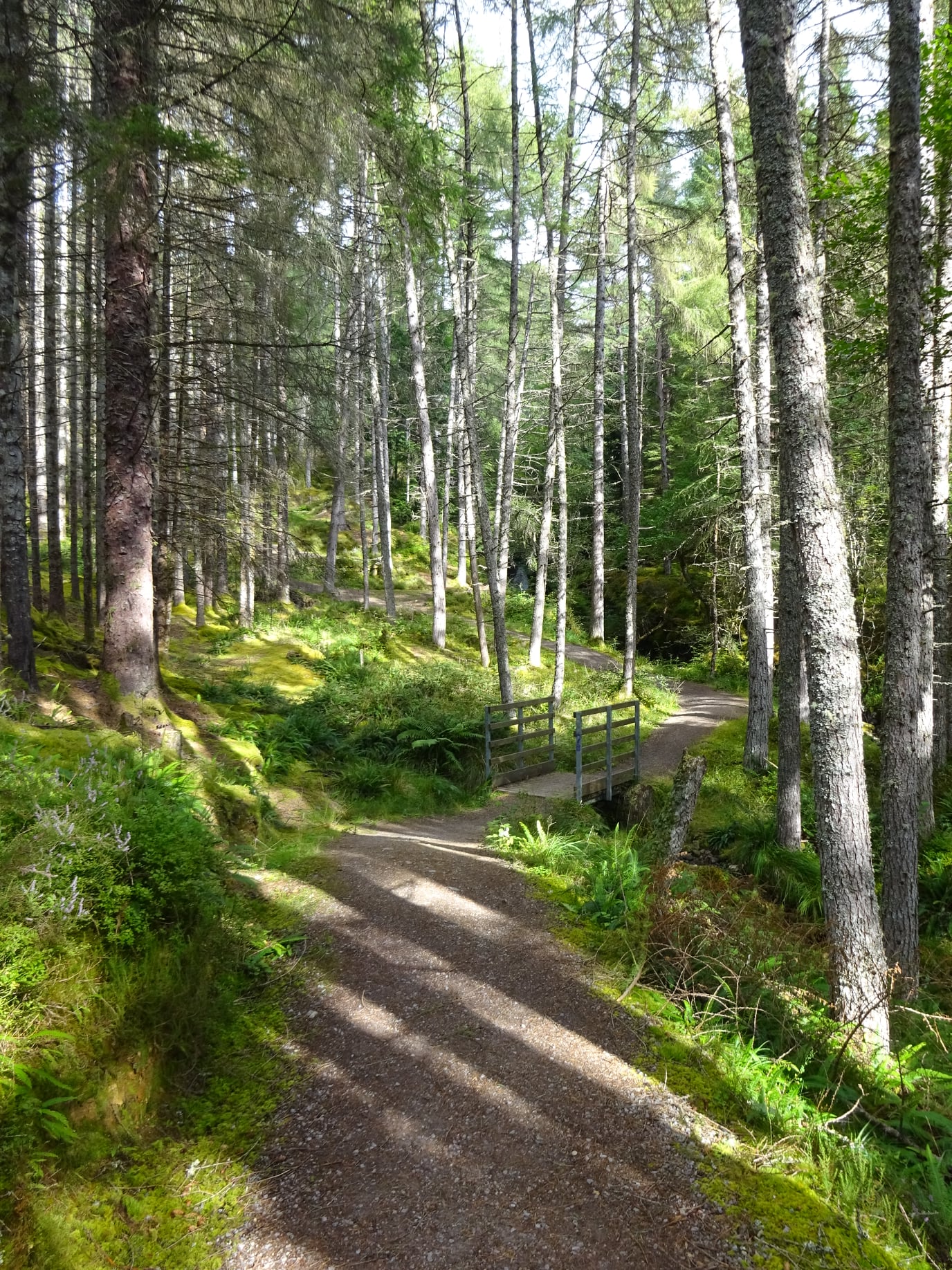 Stay at: Morag’s Lodge. A Youth Hostel with friendly staff, all round excellent facilities and a great little bar. Absolutely one of the best hostels I have stayed at.

Eat at: There are only a handful of options in town, but Efe’s was my favourite. Large portions and by far the most eclectic menu combined with a friendlier service than I encountered elsewhere (well one place in particular) made it my pick.

Drink at: The Lock Inn. Just easily the best pub in town. Cosy, great staff and a good selection of beers and food. 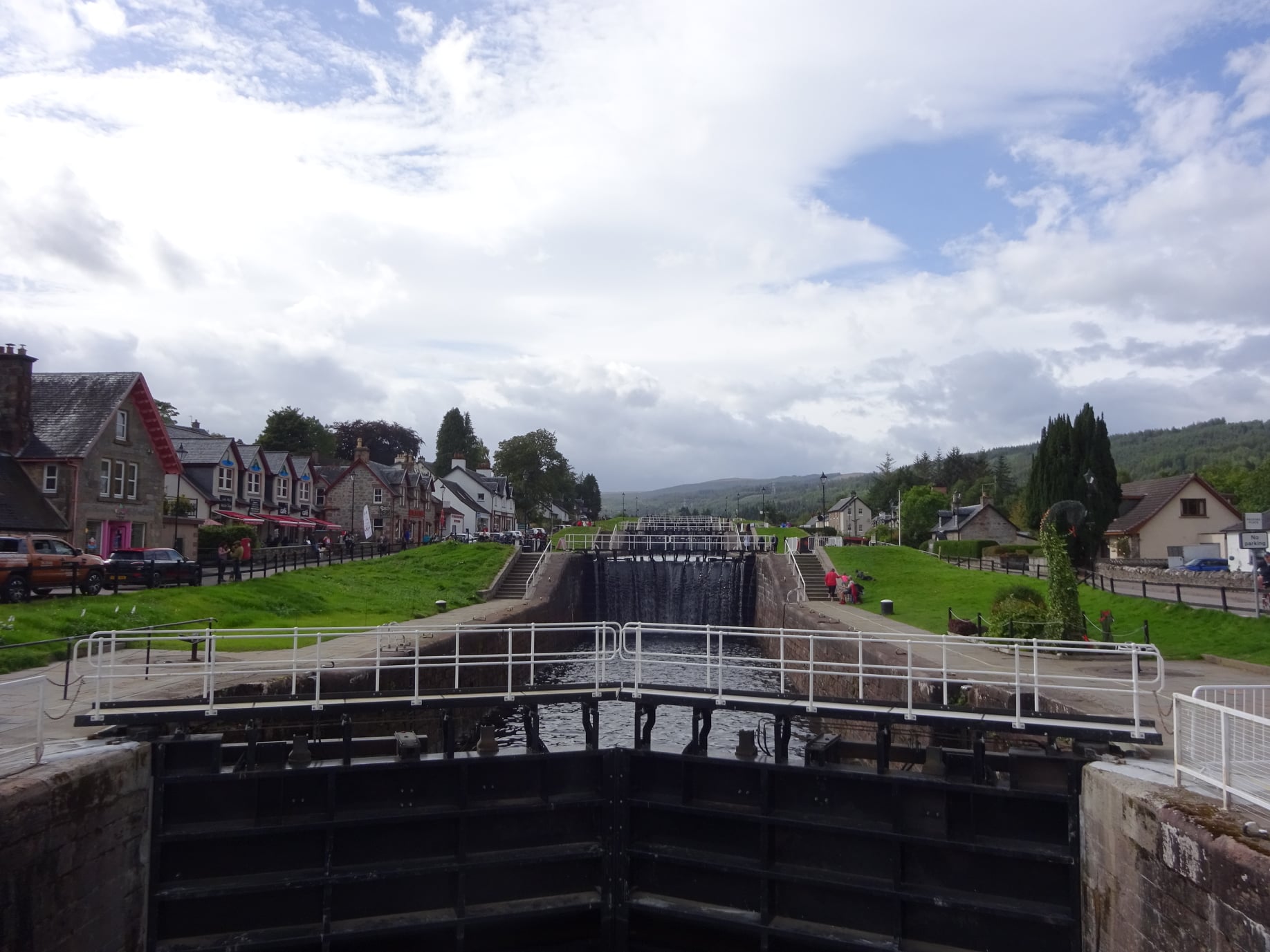 Eat at: Sams Indian Cuisine. I had the best curry here I have had in a long time.

Drink at: The Malt Room. Cosy little bar with cocktails and local beers.