The Museums and Music Venues of downtown Los Angeles

Los Angeles is recognised as the centre of the USA video and film industry but it also has a growing recognition as a music and museum hotspot. Much of this is centred on the rejuvenated downtown area where new apartment blocks, office complexes and accommodation facilities are rising from long degraded areas. A real authentic cultural buzz is associated with this area and every visitor should experience it.

This is a partial list of what I found on a recent visit. It would take you days to give each place the time it deserves.

LA Plaza de Cultura y Artes is a cultural museum dedicated to telling the story of the Mexican origins of Los Angeles. It occupies the first two floors of two 1880s buildings adjacent to La Placita Church, across Main Street from the gazebo and Mexican Market at Olvera Street. It traces the history of Los Angeles from Old Mexico to annexation, and from the first settlers to the new immigrants. Upstairs there is a mini Main Street with a variety of shops designed for kids and adults to explore.

The Chinese American Museum is symbolically housed in the oldest and last surviving structure of Los Angeles’ original Chinatown. It reflects the vibrant development of an immigrant history that began over 150 years ago when the first major Chinese settlement was documented in Los Angeles. The free museum has three permanent exhibitions and usually one or more temporary exhibits.

The Plaza Firehouse Museum is in the oldest fire station in the city. It features helmets, photos, and firefighting equipment of the late 19th and early 20th centuries. 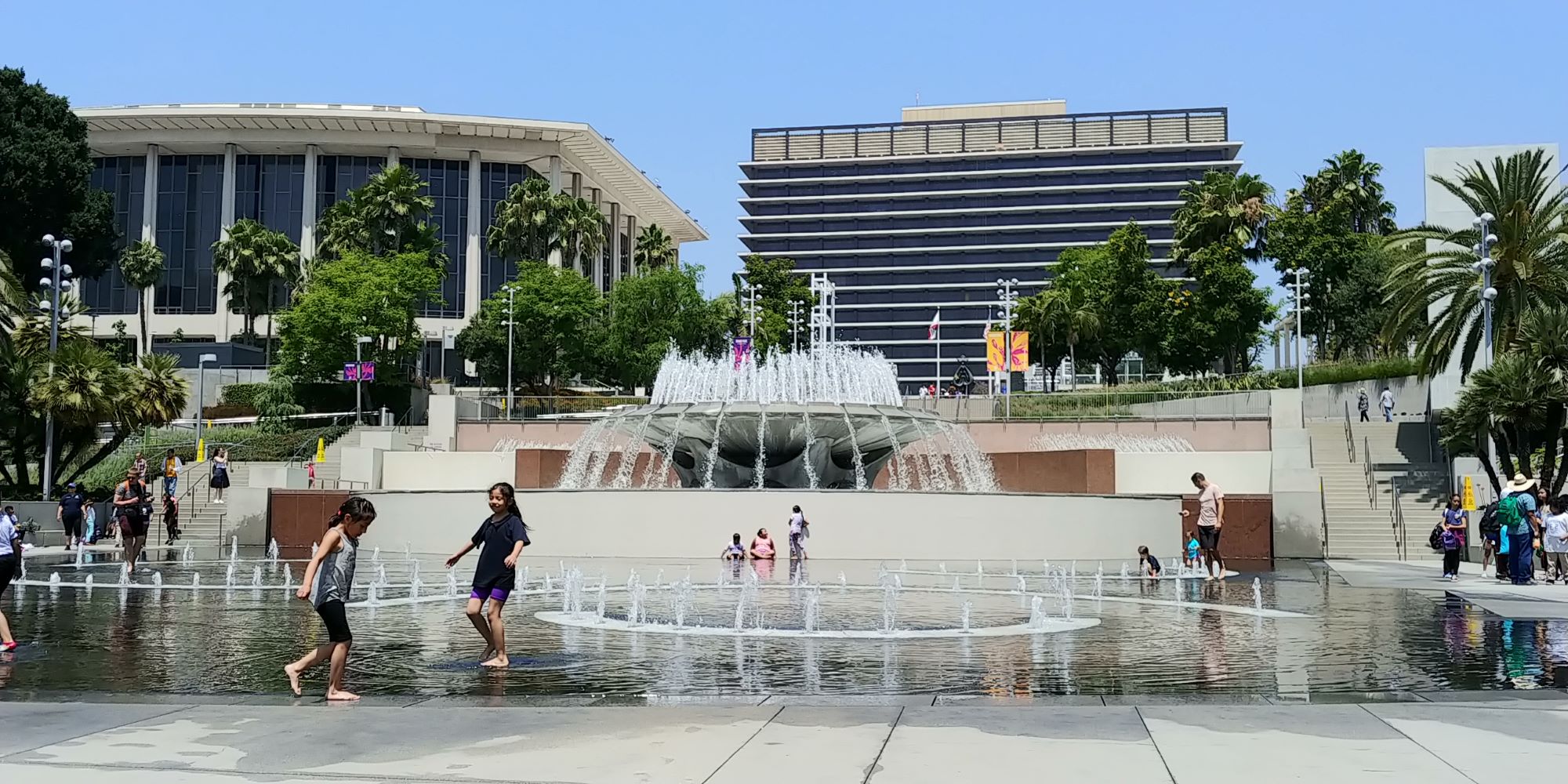 The LA Music Center is one of the largest and most active performing arts centres in the United States.  It is home to the Dorothy Chandler Pavilion, a 3200-seat theatre; The 2000-seat Ahmanson Theater; the 240 seat Mark Taper Forum; the Roy and Edna Disney/Cal Arts Theater; and the stunning Walt Disney Concert Hall.

Each year, The Music Center welcomes more than 1.3 million people to performances and if you have the time you should see a performance by one of its four internationally renowned resident companies: Los Angeles Philharmonic, Los Angeles Opera, Los Angeles Master Chorale, and Center Theater Group.

The metallic ship-like structure of the Walt Disney Concert Hall seems to be sailing down Grand Avenue. One of the most unique aspects of the building is that it is designed to be explored. Stairways and walkways allow you to climb up and around the sweeping stainless-steel sails to get really unique views of the structure and the downtown landscape. Best of all, it’s open to exploring inside and out during the day totally free of charge. 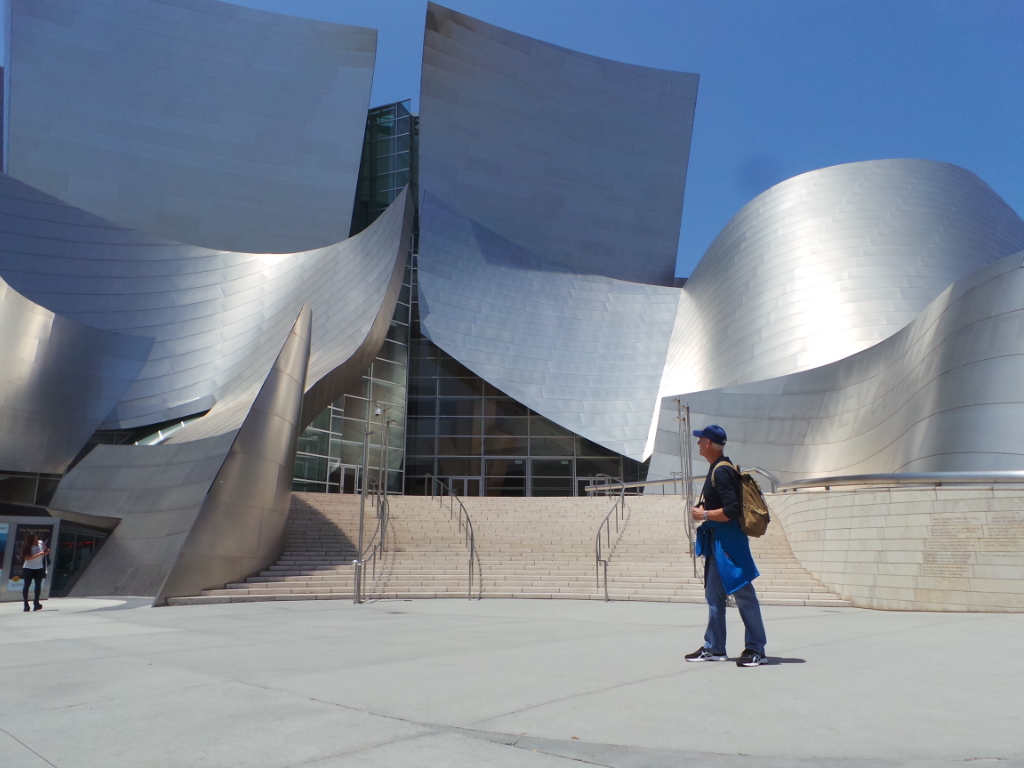 Right next to the concert hall is The Broad a contemporary art museum offering free general admission and an active program of rotating exhibitions. The museum is named for philanthropist Eli Broad, who financed the $140 million building. Timed tickets are recommended to avoid long waits and can be reserved online. If you just turn up you may have a long wait for same day visits.

Across the road is the main site of the Museum of Contemporary Art which is home to almost 5,000 artworks created since 1940, including masterpieces by classic contemporary artists, and inspiring new works by emerging and mid-career artists.

The free Wells Fargo Museum is something completely different. The Museum is located in the Wells Fargo Centre on Bunker Hill. Exhibits depict the history and development of Wells Fargo Bank and the West since the company’s founding in 1852. Highlights include an authentic 19th-century Concord stagecoach and a replica you can climb into, the 26-ounce Challenge nugget, and historic maps of Los Angeles. 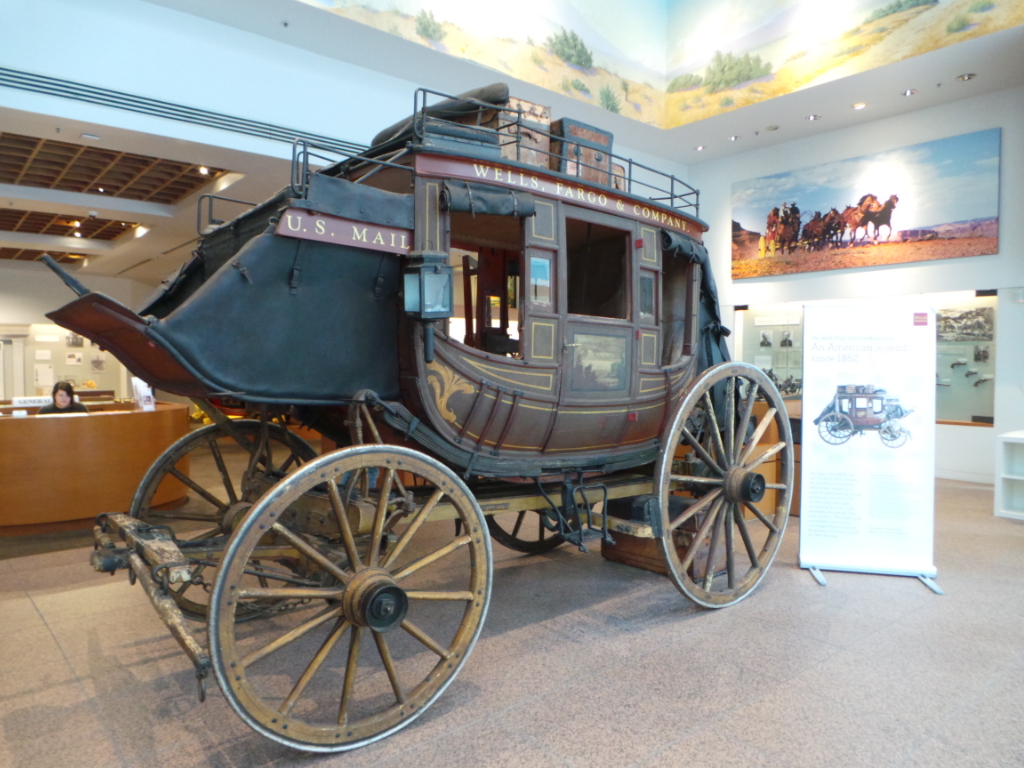 The A & D Museum located on 4th Street is a museum for architecture and design. Through exhibits, multi-disciplinary projects, educational and community programming, A+D serves as a showcase for the work of important regional, national and international designers, providing a forum for contemporary issues in architecture, urbanism, and design that are helping to shape the city.

This is an entertainment complex adjacent to the Staples Center and the Los Angeles Convention Center. It has ballrooms, bars, concert theatres, restaurants, movie theatres, and a 54-storey hotel and condominium tower.

Xbox Plaza is an open-air plaza that serves as the central meeting place for L.A. LIVE. The square provides a broadcast venue featuring giant LED screens. Microsoft Theater is a music and theatre venue seating 7,100, while The Novo is an intimate venue with a seating capacity of 2,300 for live music and cultural events.

The Grammy Museum opened in 2008 for the Grammy Awards 50th anniversary. It consists of four floors with historical music artefacts. Embedded in the footpaths of the LA Live streets are bronze disks honouring each year’s top winners, for Record of the Year, Best New Artist, Album of the Year, and Song of the Year.

Numerous airlines have non-stop flights from London to Los Angeles. You can pay £500-600 for a five-star hotel in central Los Angeles, £200-300 for a 3-star property but less than £100 for a budget property. Cheaper accommodation is available in other parts of the city.

Len Rutledge is the author of the Experience Guides travel books available from amazon (https://www.amazon.com/s?k=len+rutledge&ref=nb_sb_noss)