There are belfries to the left, statues to the right, gables and pinnacles wherever you look. There are many cathedrals in Europe but few can compete in size or flamboyance with Milan’s lacy edifice.

The inside is equally impressed. The size is gigantic and soaring pillars divide it into five naves. Entry to the cathedral is free but we pay to visit the roof where we walk through an architectural forest before gazing over the city and surrounds.

A long weekend in Milan, Italy is always a delight but with blue skies, a light breeze and just the right number of tourists, a visit in late September is perfect. Sightseeing, shopping and eating and drinking are all on our itinerary and the city delivers as expected.

Gazing around the enormous Palazzo del Duomo almost convinces us that we need go no further than this to have a great weekend. There are three museums to the south, the huge Galleria Vittorio Emanuele II shopping centre to the north, some fine restaurants, and three excellent hotels all within a few hundred metres.

Milan is not a particularly scenic city but it makes up for this by providing a lifestyle and visitor experience that includes everything from the delicate Lombardian culinary specialties to a great fashion sense, a surprising cultural art and opera enthusiasm, and an edgy contemporary art scene.

My wife and I are into art at the moment so the next stop is at the nearby Ambrosiana Library and Picture Gallery which was founded in the early 17 th -century and was only the second public library in Europe. The gallery contains a remarkable collection of art including works by Botticelli, Raphael and Leonardo da Vinci.

Ambrosiana has inspired us so we walk the half kilometre or so to the Brera Picture Gallery. This is one of Italy’s finest galleries with works by Lombard, Venetian and other artists. The Brera started as a warehouse for artworks Napoleon looted from churches, monasteries, and private collections.

There are masterpieces from Raphael, Signorelli, Titian, Tintoretto, Caravaggio, and Canaletto, and great works by 20th -century artists as well.

Most Milan visitors have heard about Leonardo’s Last Supper and have this on their ’to do’ list. At most times during the year you have to make reservations ahead of your visit and only 25 people are admitted at the one time. After many restorations over the years some critics say that all that is left of the original Last Supper is a “few isolated streaks of fading colour”. 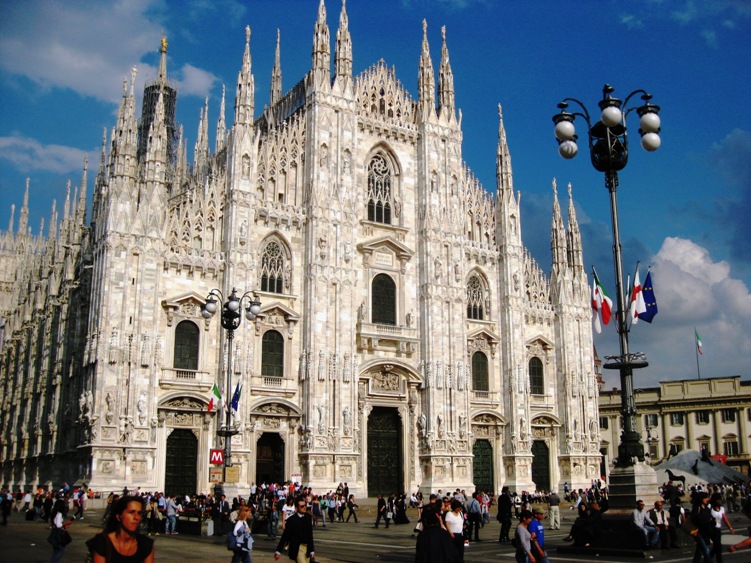 The city has several interesting museums worth visiting. Several of these are in the Castle Sforzesco, an ancient fortress just north of the city centre. The original construction on the site began in the 14th century then the castle was developed in the 15th and 16th centuries into one of the biggest citadels in Europe.

My favourite museum, however, is some distance south of here. The Leonardo da Vinci National Museum of Science and Technology is a vast complex where I could easily spend a whole day. It is the largest museum of science and technology in Italy.

15.000 technical-scientific and artistic objects make up the Museum’s collections representing the history of Italian science, technology and industry. Perhaps the most interesting section is the da Vinci Gallery which displays copies and models from the Renaissance genius. If you ever doubted Leonardo’s ability, this museum will put you straight. 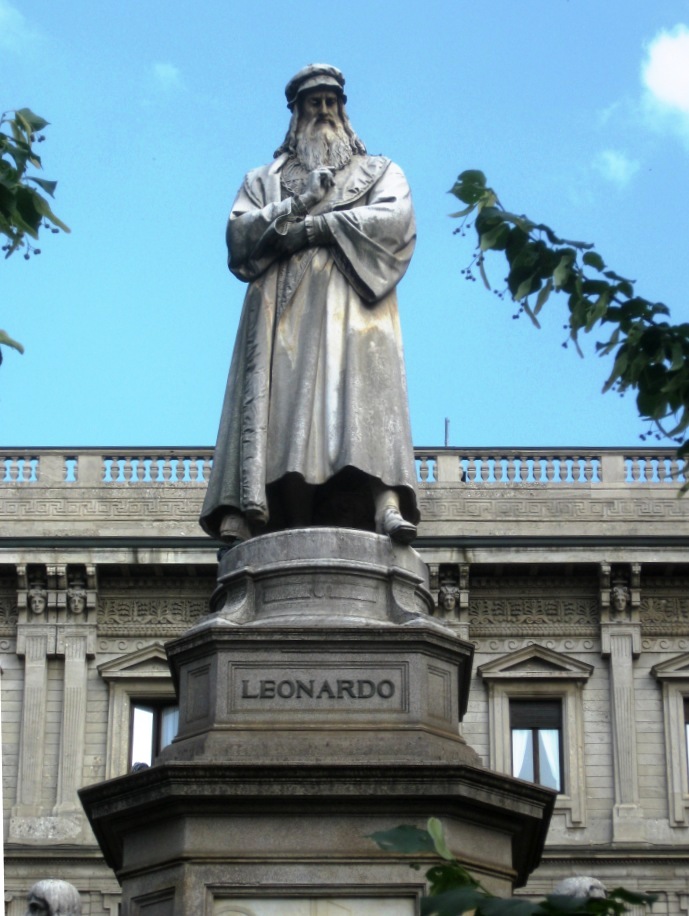 Via Montenapoleone in the fashion district, is one of Italy’s great shopping streets but we quickly realise that most prices are out of our reach. It appears that service here depends on how much the salesperson thinks you plan to spend.

The Galleria Vittorio Emanuele II is Italy’s oldest active shopping mall and a major landmark of Milan.
It is housed within a magnificent four-storey double arcade in the centre of town. It is certainly a ‘must-visit’ location but it too, tends to be rather expensive. 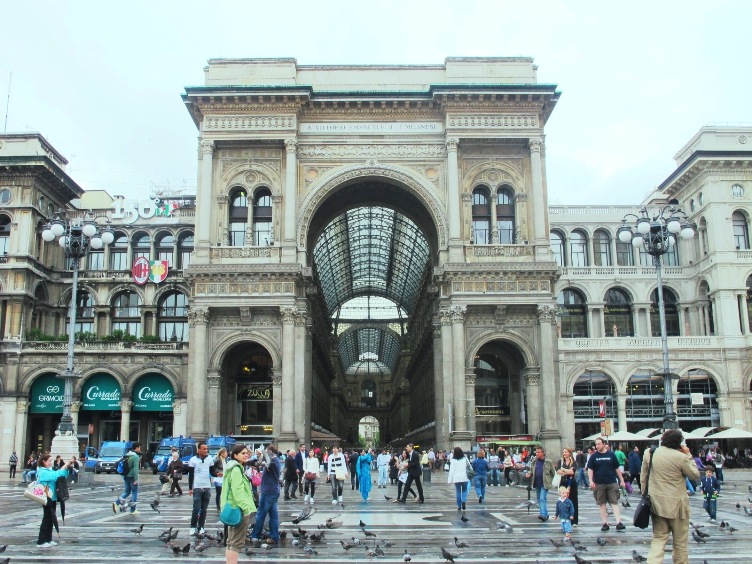 We have more success in a shopping district near the Brera Museum. This is one of Milan’s most charming areas teaming with intimate cafes and restaurants, modern art galleries, shops, antique stores and students. You will love the pedestrian-only Via Fiori Chiari and Via Madonnina where there are bric-a-brac, clothing and leather stores.

Then there is Navigli, a district of canals which were once used for commerce but now the picturesque area that grew up around them is home to artist’s studios, craft shops, jazz clubs, bookshops and restaurants. It is a good nightlife spot as well.

It’s a good idea to steer clear of the touristy restaurants around the Piazza del Duomo, the fashion district, and those within sight of the Castello Sforzesco as these are designed for those who don’t know the city and will serve food that is overpriced and of less than perfect quality. Away from these areas almost any cafe will provide a relaxed, healthy lunch or dinner.

At least five airlines have direct flights from London to Milan. Flight time is only two hours. Other airlines operate one-stop flights. Expect to pay around £200 a night in a four-star hotel, £130 in a three-star property and under £100 for some good hotels in less central positions.

All Photos by Phensri Rutledge

Len Rutledge is the author of Experience Northern Italy 2019, a travel guide book available as an ebook or paperback at https://www.amazon.com/Experience-Northern-Italy-2019-Guides-Book-
ebook/dp/B07L8T3V4G