My connection from Dallas to Mexico City was finally called, about twelve hours late due to thunder storms, that took out Dallas Airport for most of the day. Pleasantly surprised that my luggage arrived at the same time as me, I jumped into a taxi and headed straight to the Hostel Moneda.

Mexico City in a day. A tough ask, given that it is the most populated city in the world. There’s enough to do to keep you occupied for a week, let alone a day, but needs must. Using the metro to get around is essential, taxis are not too cheap and traffic is a nightmare. It is cheap, quick, clean and safe. Moreover, very pleasant Mexican classical music plays at some stations. Do not expect announcements in English though.

First stop was the Museo Nacional de Historia which details Mexico’s revolutionary past. You may vaguely recognise names such as Pancho Villa, Santa Anna and Miguel Hidalgo. Again, please note, all information is in Spanish but it is simply written, and there are also numerous visual displays. It is a vast city so allow plenty of time between sights. The museum is set on a hill and it is well worth looking out over the city. You’ll note the skyscrapers, dense greenery and slum housing all seem within a stones throw of each other.

My hostel was in Zocalo, just off the Plaza de la Constitucion, so I headed back that way and took in the Museo del Arte Moderno, which is well worth a look. I then wandered aimlessly back through the Centro Historico. It is a vibrant, colourful city, rich in history and you can do a lot worse that cruise the Centro Historico and Roma/Condesa where the main sights are situated and see what you find. Alternatively, get a good guidebook and pick the main sights you want to see, and aim to hit a maximum of three a day to allow time in each one and transport in between. 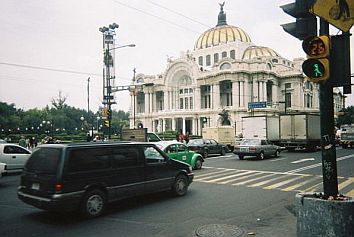 I had planned to spend the day in Mazatlan but was caught out as Lonely Planet’s boat timetable to La Paz was wrong (Tuesday and Thursday, not Monday,Wednesday,Friday), so my time here was limited to a pleasant, if again rain affected, stroll to the docks. Moral of the story: always check these things locally. My second aberration was not realising the clocks were back an hour from Mexico City so I was at the ferry port a ludicrous three hours early, rather than the advised two, although why even this was necessary, I’m not sure.

It was worth it though. The ferry got me into La Paz on the Baja California Peninsula early the next morning. La Paz is a gorgeous town. The malecon by the beach is an awesome spot to enjoy authentic Mexican food (salsa like you’ve never tasted before, truly amazing) while watching the sunset, having spent the day on the white sand beaches. If you’re lucky there will be a festival in town complete with marching bands, music and dancers going up and down the malecon. Fiesta! 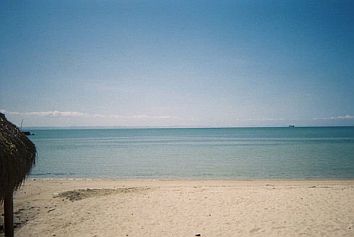 I stayed at the Pension California, a bright hostel with a sociable courtyard, TV area, free internet, and very friendly management. Book in advance, it’s by far the best one in town.

I took the late afternoon ferry (behind schedule, you’ll get used to it) to Los Mochis, before doing the famous Death Valley Railway (also known as Copper Canyon Railway) to Chihuahua (yes, like the dog). Advance tickets are not necessary. The best tip I can give is to procure a spot by one of the open windows between carriages about two hours into the journey, as the best part is from around 10am until just after lunch. During this time, the train speeds over narrow wooden bridges and rivers, and the scenery (lush greenery, waterfalls and of course, the canyon) is at its’ best. This is a must for fans of scenic rail journeys, and is frequently listed among the top five in the world. It does take literally all day though. It starts at 7am, and does not arrive into Chihuahua until after 9pm. There are of course, some notable stops on the way. The best one being the small town of Creel whose attractions are the surrounding pine forests and stunning rock formations. Definitely worth an afternoon. 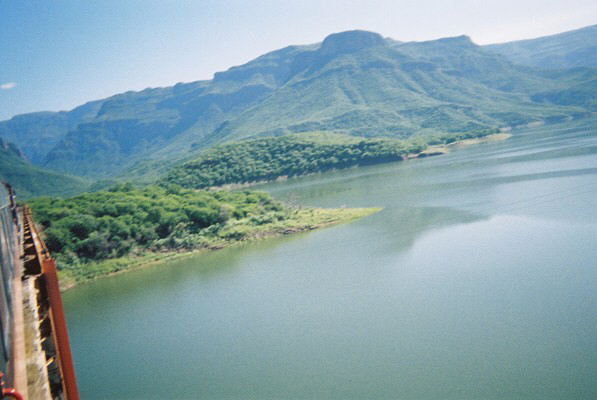 Historic Chihuahua merits a day of your time. The main sight being the Museo de la Revolucion Mexicana. It is housed in the mansion and former residence of notorious and celebrated revolutionary Pancho Villa. The best of the rest is the cathedral set in the Plaza de Armas and the very cool Grutas (grottos) Nobre de Dios with its’ caverns, stalagmites, and stalactites are a lot of fun. Take a taxi (around $10) from the Plaza de Armas.
And that, sadly, was that. Of the sights not covered here, the Mayan ruins at Palenque to the South of Mexico City is the most famous and celebrated. I was roundly criticised for not going there. Mexico is not Cancun and Tijuana. It is a beautiful country with gorgeous beaches, a rich heritage and an epic, violent history. Fans of spicy food and salsa will also not be disappointed. Similarly, it is a great place to do some fiesta as Mexicans love their festivals almost as much as their Tequila, and know how to party. There is also a tropical feel to the countryside, and with caves and jungles to visit as well, there is something for everyone.

Time to go: The only time to avoid is really November to February when the north of the country can get quite chilly. July and August are the peak holiday months. So to avoid crowds but still have good weather May, June and September are best.

Flights: £500-700 from the UK depending on time of year. There is a lot of choice so prices are generally reasonable.www.skyscanner.net

Accommodation: hostels are basic but friendly. Location and service and the main selling points. £10-15 or $20-30 per night.www.hostalmoneda.com.mx . pensioncalifornia@prodigy.net.mx

Transport: Buses are reasonably priced and of good standard with aircon and movies normally James Bond(!) in English with subtitles. Be prepared for delays especially if heading towards the US border for searches and check times locally. If short on time flying is a good idea www.aeromexico.com  has a good reputation.