You could probably tell how much you’ll admire Ljubljana’s castle – on a hilltop, accessed via a glorious ascent – through a casual Google image search, but the places I most enjoyed there were two fantastic galleries behind Metelkova. The Museum of Contemporary Art was originally allocated its building in the late 1990s, taking over a set of former barracks used by the Yugoslav People’s Army. It had been mooted several years beforehand: the idea of establishing a cultural centre became viable in late 1991, when the army moved out of Slovenia and abandoned its military bases. 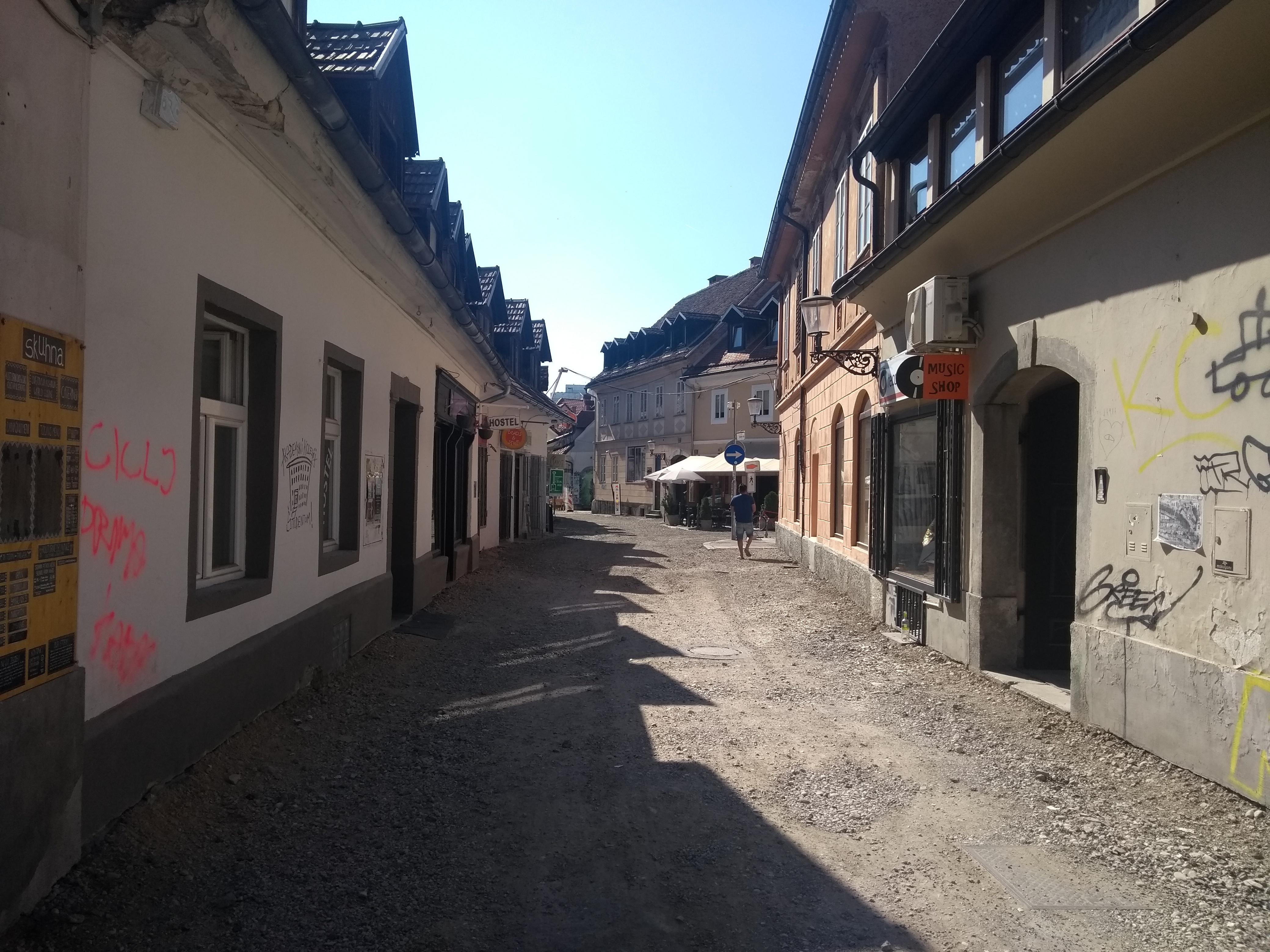 Two years later, preservationists were forced to hold an occupation when a decision to carry out brutal demolition works imperilled a rich collection including a huge film archive and a broad scientific portfolio. More than 25 years on, this turbulent history is only part of what makes the three-storey museum so good, a hard-won symbol of a determined battle to save the cultural story of a country, holding on to centuries of history.

Next door, an offshoot of the national gallery forms a more traditional but no less unusual venue. If nothing else, the (perhaps unwittingly) open patio doors on the top level lead out to an unrivalled view over the facing square and nearby city centre. Then there are a load of often ornate well-worn pianos, rows of oils and costumes showing figures and landscapes from Slovenia past, enough cabinets and furniture to keep the Antiques Roadshow going for several millennia and rooms dedicated to religion and childhood.

Metelkova itself is a giant anarchic theme park of bars in wooden caverns where carved gargoyles hang from the ceilings of buildings. It is good for sculpture, cheap beer and a novel sense of chaos, but also grotty and, perhaps most importantly, musically questionable most of the time. 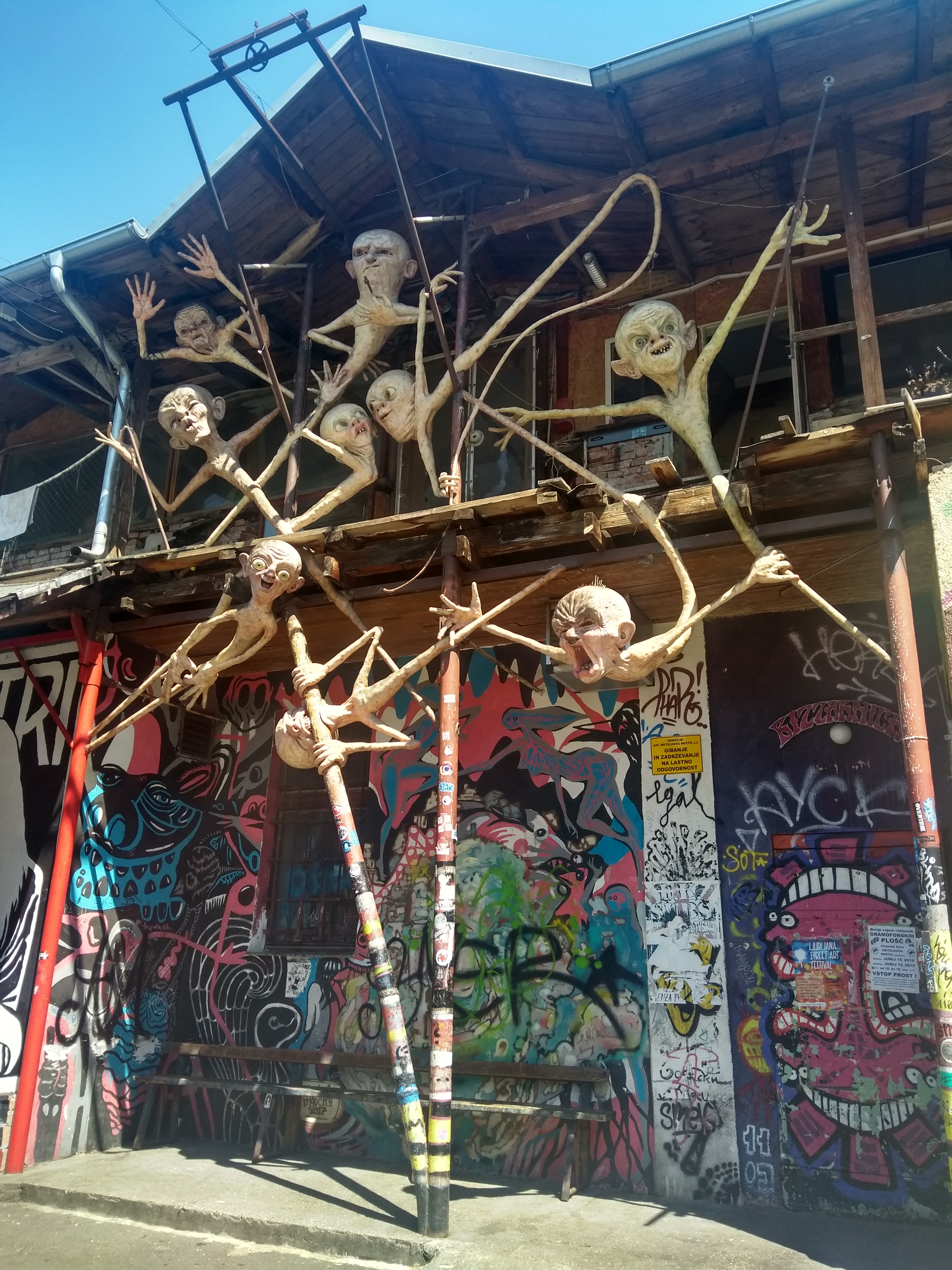 Elsewhere, Ljubljana is one of the most relaxing places in northern Europe. Take a bike along the river Ljubljanica, breeze through the nature reserve of the vast 19th century Tivoli Park and wind up the hills to the 20-hectare Ljubljana Zoo, whose residents include spider monkeys, seals, lions and an elephant. 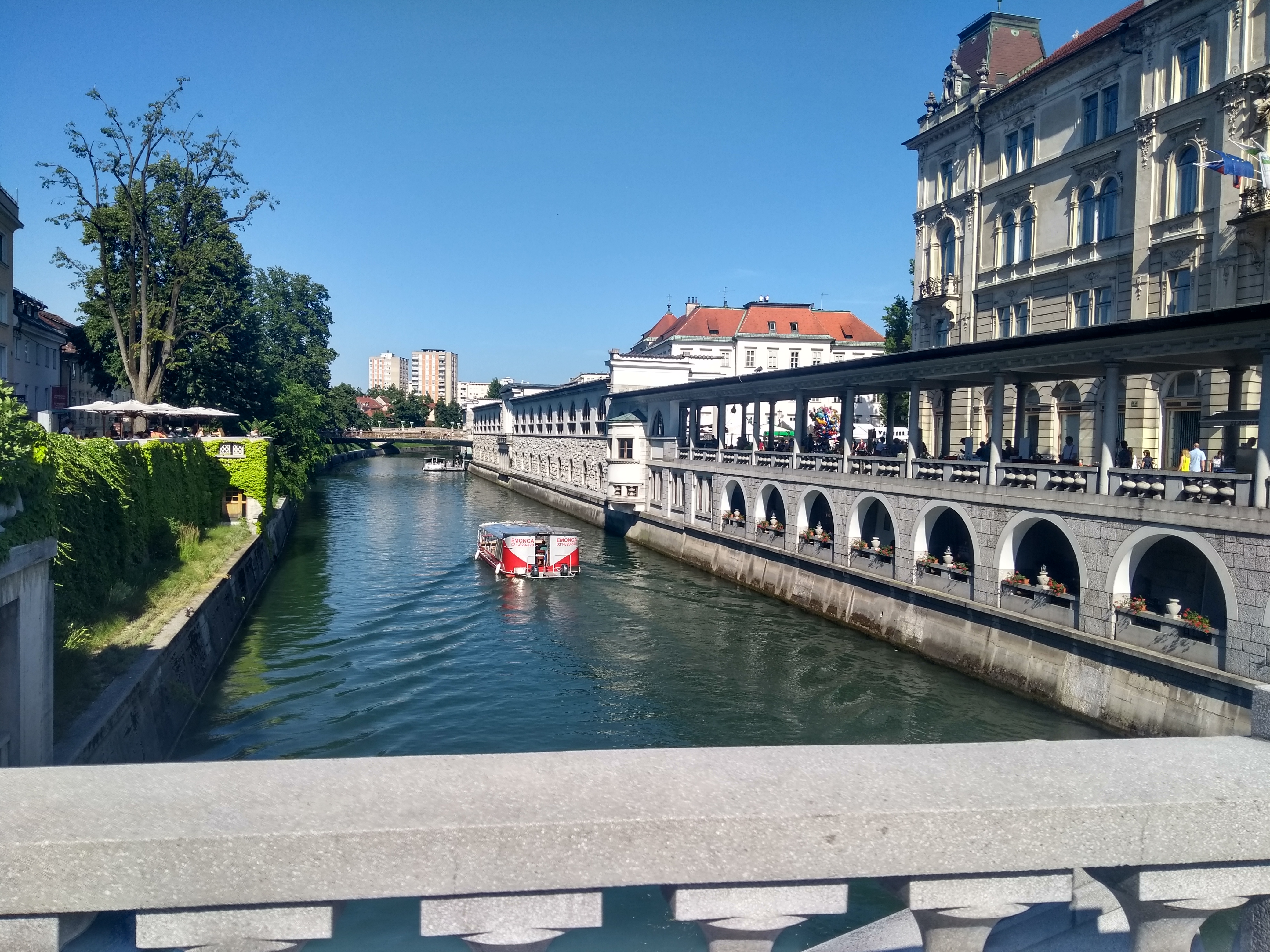 Another point of note here is the potential to reach Italy: the bus to Udine, which takes a straightforward few hours and is decidedly cheap, is an opportunity not to be missed. First mentioned in the 10th century, Udine is a city where you could easily lose a couple of days in the patisseries and piazzas, although the palatial castle – home to the History and Art Museum – is an obvious highlight. 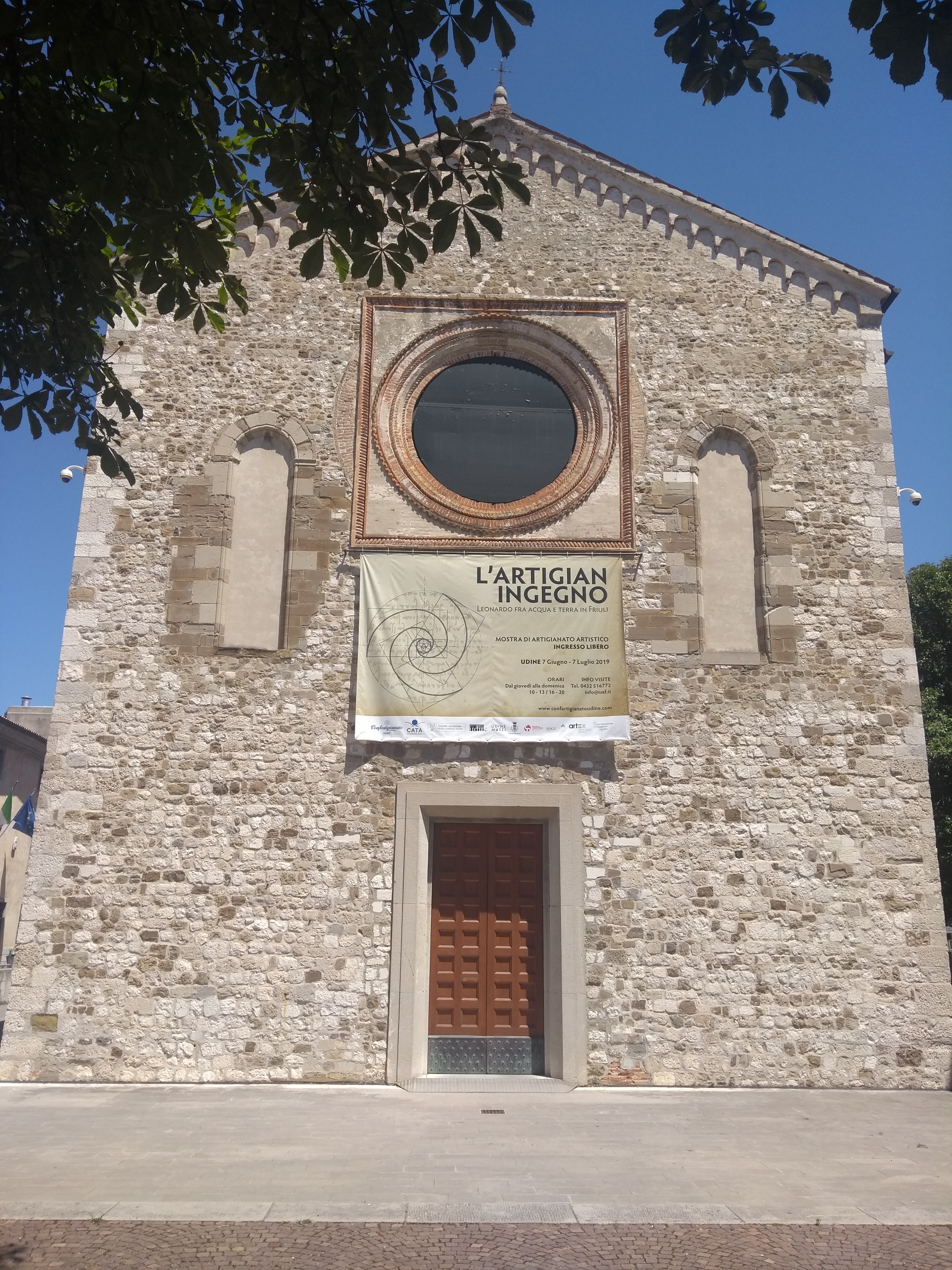 The bus stop is in the city centre, convenient for cracking straight on with the important business of eating and drinking most things in sight while wandering around old ruins, picturehouses and civic buildings. In a discovery I’d always supposed would be sacrilegious to Italians, there was even a traditional ice-cream place that served vegan options. This border city is also an ideal point at which to pause for a few days before reaching the rest of Italy and beyond by train, including Venice to the south. 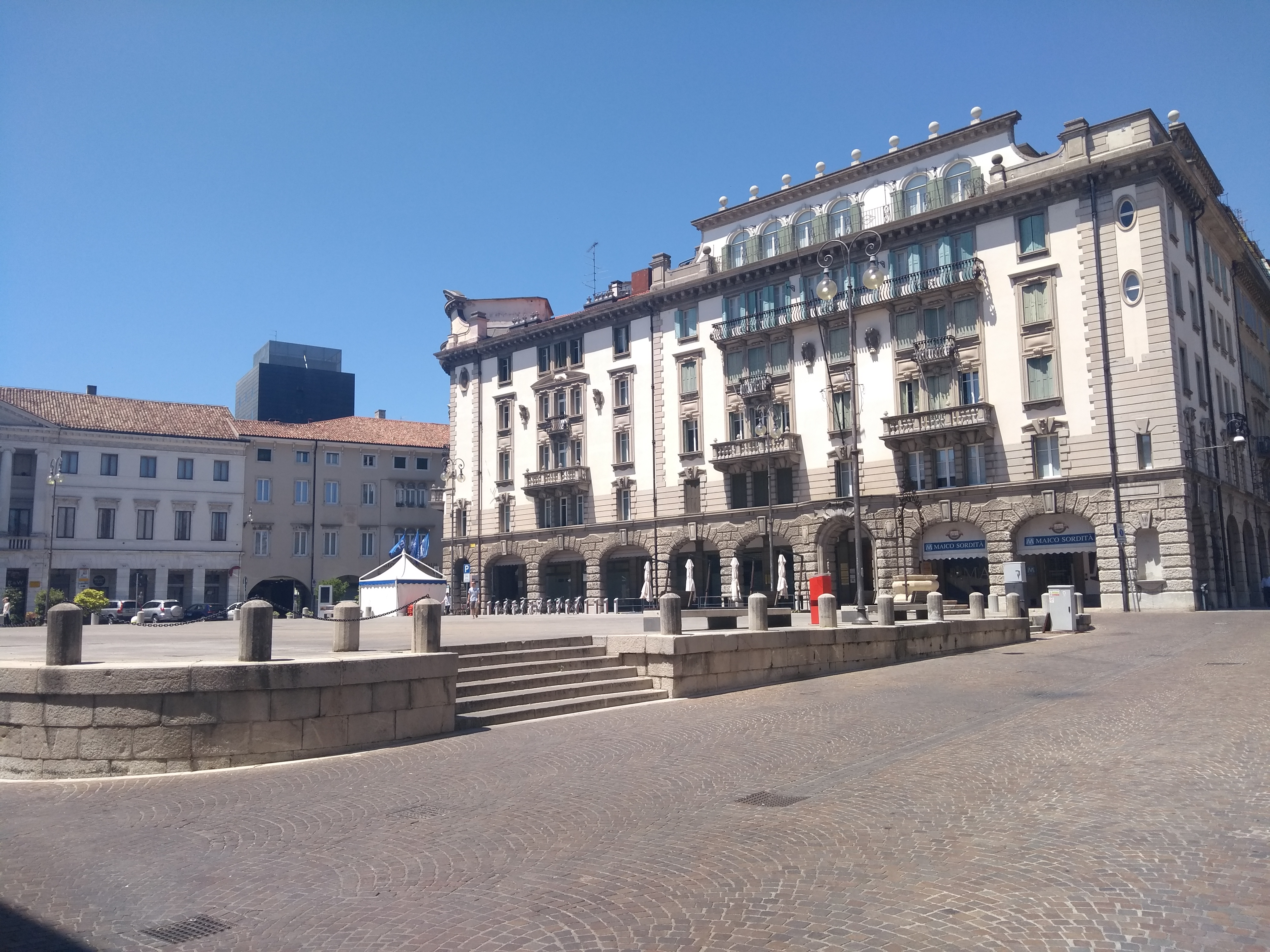