Despite not printing out my eVisa and restraining myself from pointing out to the Border Security Guard that if you need to do so, “it’s basically not an eVisa then is it?” I negotiated my way into Turkey, the country uniquely known for, amongst other things, straddling two continents. Following a slightly strange opening evening where my first conversation of any substance was with a young Turk in a grocery shop who regaled me with stories of how he likes to go to the Ukraine to “meet the girls as he doesn’t like Asians” but then paradoxically pointed out that his dream was to go to Thailand; and also being told by my hotel that the water was off until 10 that evening, my opening day in Istanbul went off pretty much without a hitch. Following a little walk around Sultanahmet where I was asked to go for drinks with three separate men “to meet the girls” (I assumed they just wanted a free pint), I also quickly worked out that if I put my hood up I could pass for Turkish and negate these approaches.

Anyway onto day two and sightseeing the highly tourist friendly area of Sultanahmet. In terms of top class sights being condensed into such a small area, all easily accessible by walking distance, downtown Sultanahmet is even better that Washington D.C – you could almost literally throw a blanket over the Aya Sofya, The Topkapi Palace and Gardens, the Basilica Cistern, the Blue Mosque and the Turkish and Islamic Arts Museum. I could see how many tourists don’t leave this area.

Aya Sofya is very impressive from the outside, and getting the perfect late evening photograph is quite a decent challenge. Inside it is essentially a huge hall with remarkable calligraphy adourned around the ceiling and walls. Unfortunately there was restoration work going on when I visited which possibly took some of the gloss off. The Topkapi Palace is more interesting given the variety of domes, pavilions, gardens and viewpoints available to stroll around at leisure. The State Treasury room, although rather small is well worth the extra queuing time as is the Sacred Room which houses a wide range of artefacts with biblical gravitas. 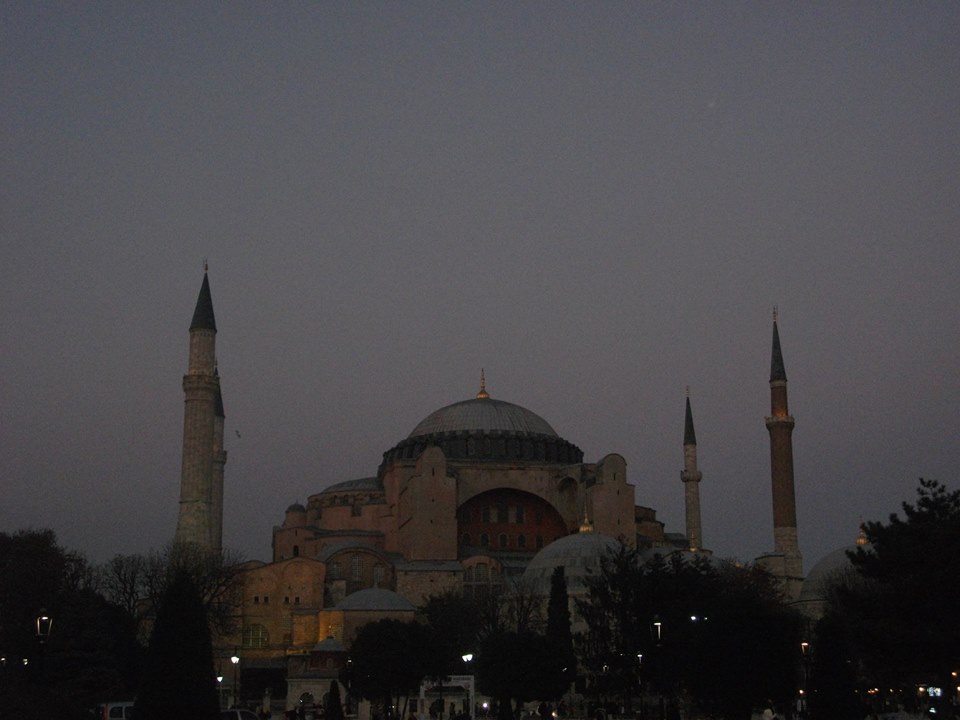 The Basilica Cistern is essentially a subterranean lagoon and is very well curated in terms of classical music being played as one walks around, and the lighting effects make for good photograph opportunites. The Blue Mosque is very interesting in terms of the brief guide it gives to Islamic beliefs and is architecturally awestriking. There is a prayer area for Muslims only, however my visit here was punctuated by a Japanese tourist, wearing a bright orange jacket so you could hardly miss him, with the biggest camera in terms of extra lenses it seems possible could exist, walking around this area photographing literally everything, even going right up to people as they were praying. Interestingly, no-one actually seemed that perturbed and seemed to find the whole thing quite funny, a security guard half heartedly waved him away but he took little notice. Morever, the atmosphere was very relaxed as people posed for selfies inside the prayer area. 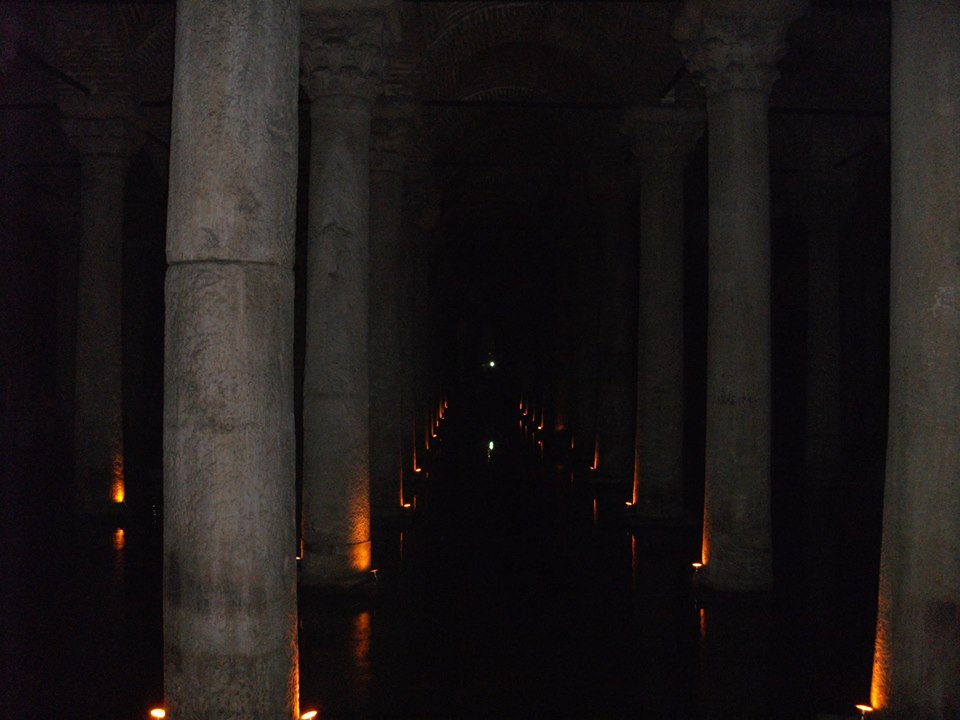 Keen to get out of Tourist Central I went up to Taksim which is the main shopping area of the city. Rather than stick to the main roads, it is better to explore a few streets back for a slightly grittier view of the city, where there are an abundance of cool dive bars and even more kebab shops. And if you go a little further back, plenty of men sitting on stools playing drafts and drinking tea watching the world go by.

Having run the Istanbul City Marathon on the Sunday, my next day was a write off, leaving only one more day of sightseeing. Not keen to spend an entire day on a boat cruise, having buildings pointed out to me, I took a public boat across the Bhosphorous to Asia – Uskadur and made the not altogether straightforward walk up to the Beylerbei Palace. Taking a bus from the ferry dock to the Palace is better and certainly less time consuming. The Palace itself is worth the visit just for the shear opulence and luxury of the decor, the compulsory guided tour on the other hand, if you could call it that, was a little less satisfactory as I essentially could have read the given information off the signs and it was all rather rushed. I hope that they will act on my suggestion of changing this to an Audio Guide tour in future. 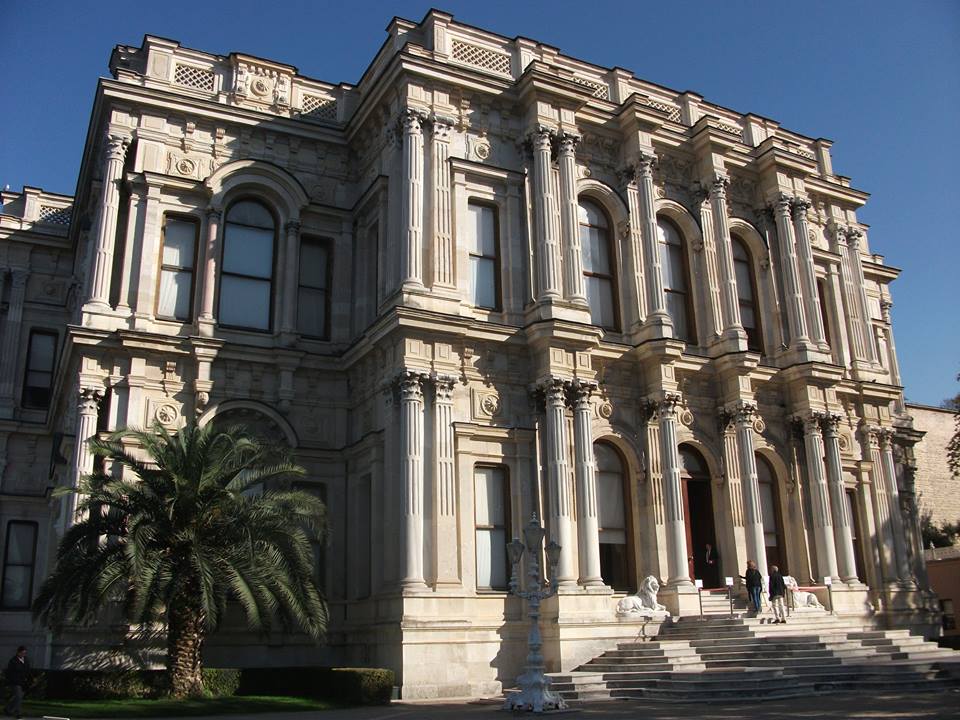 My penultimate site was actually my favourite of the whole trip.The Istanbul City Modern Art Museum is absolutely excellent; it’s pretentiousness only adding to its allure in my view. It is home to a huge collection of 20th and 21st Century Turkish art, paintings, and several further wonderfully innovative features. There are information signs next to each work with minor explanations as to the artist’s motivations and ambitions for the particular piece. I made it to the much vaunted Suleymaniye Mosque sadly only as it closed so the below photograph of the outside is my only souvenir. 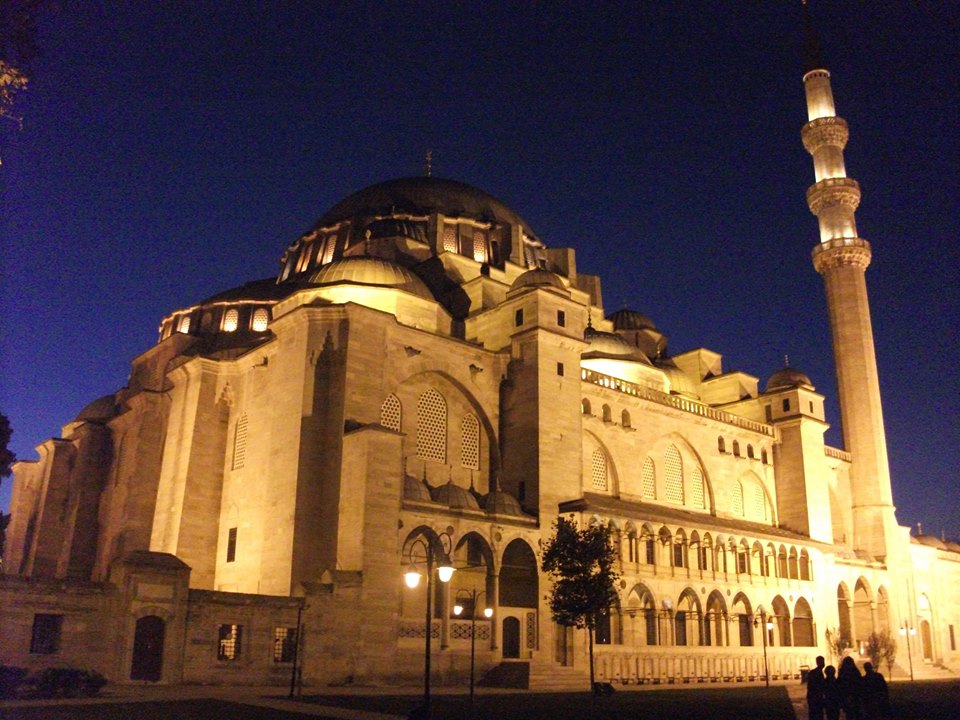 In summary, Istanbul is an interesting and visually striking city. The food and accommodation are good value and the people are very friendly and helpful. If I had to be slightly pedantic and pick out a flaw, the public transport system is a little inadequate for a city of its size and during peak times in particular, services are packed. That said, this did not take away from a culturally rich and a satisfying trip.