Interview with Nikos from the Greek National Football Museum

My visit to the Greek National Football Museum was, by a distance, the best thing I did in Chania. The Museum can be found in the heart of the Old Venetian Harbour Area. From the front it looks like two big shops, but once inside it doesn’t particularly feel like a museum. It’s bright, colourful and jam packed with an incredible amount of football memorabilia going back to the 1930s.

Naturally Greece’s unexpected victory in the 2004 European Championships is central to the museum and there are numerous signed shirts, pictures from the day, the team sheets, players boots and Nikos (the founder of the museum) tickets on display.

At the back there is a television that, when I was in there was showing Greece’s game at Old Trafford against England in 2001. David Beckham’s shirt from the match is housed in a glass display case in the first room. I asked Nikos, who is also Chairman of the Greek National Supporters club how he got this, “Beckham swapped shirts with Karagounis and he donated it.”

The Greek Team’s triumph  dominates the first room along with signed shirts from the likes of Ronaldo, Pele, Zidane, Raul and my personal favourite Johan Cryuff. The second room has more memorabilia from other countries including replica shirts going back to the 1970s. The ceiling is adorned with scarves and the walls with old photos of matches involving the Greek National Team, and also World Cups and European Championships going back to the 1930s. 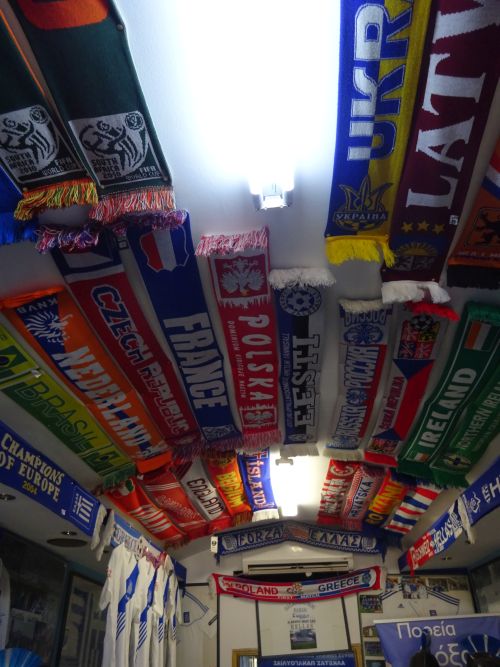 There are also pictures of the founder, Nikos at seemingly all the top grounds around the World including from the 2004 European Championships and Rio’s Maracana.

The great thing for me about the museum is that although it is relatively small, I kept finding new cool things that I hadn’t spotted before, so it is well worth taking your time and seeing what you discover.

Nikos enthusiasm for the game and the museum is infectious, “I am a crazy man, it’s my life,” he said affably. Fortunately I was able to connect with Nikos on social media and he agreed to answer a few questions.

Q: How did you come up with the idea for the museum? And can you briefly share the story of how and when it came to open?

Nikos: It all begins in 2007. I take one shirt from Nikopolidis (Greece’s goalkeeper). And after every game I go after the match and I told the Greek players to give me a shirt of the match. In 2011 I fixed the Museum at Tsouderon 40 Chania, Crete with 200 items. Now the musuem has more than 3500 (pieces of memorabilia) and the last six years with TripAdvisor is the first from all Chania. 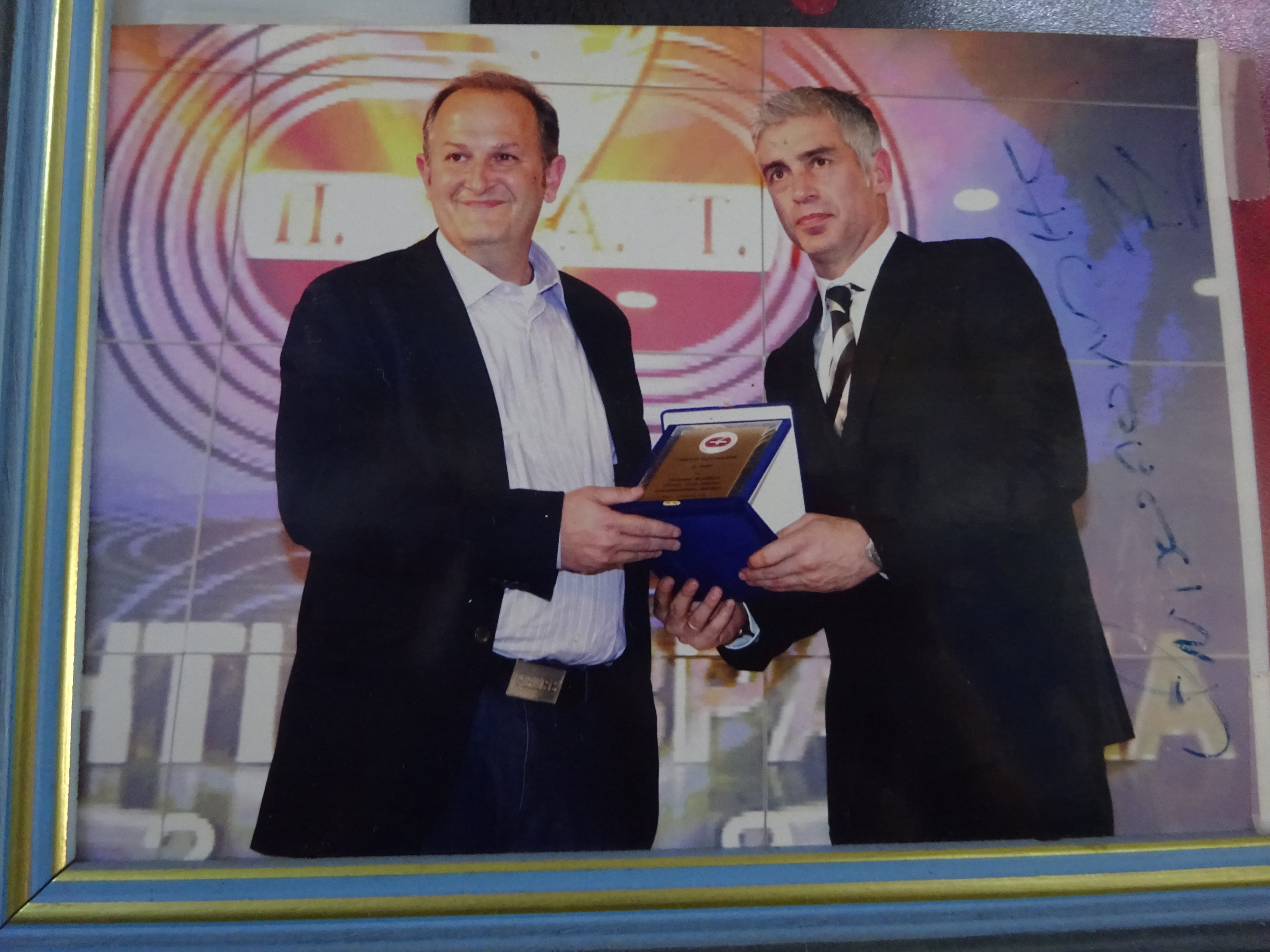 Q: When I visited a steady stream of people were coming in all day. How many visit each day/year do you think? Which countries do you get the most visitors from?

Nikos: Many people, it’s England, Germany, France, Italy, Scandinavian. Some days from the summer it can be 1000 a day.

Q: Who is the most famous player to visit?

Nikos: The two big captains of Greece, Zagorakis and Karagounis.

Q: What is your most treasured museum piece?

Nikos: The Euro. The original Cup to take Greece to 2004. 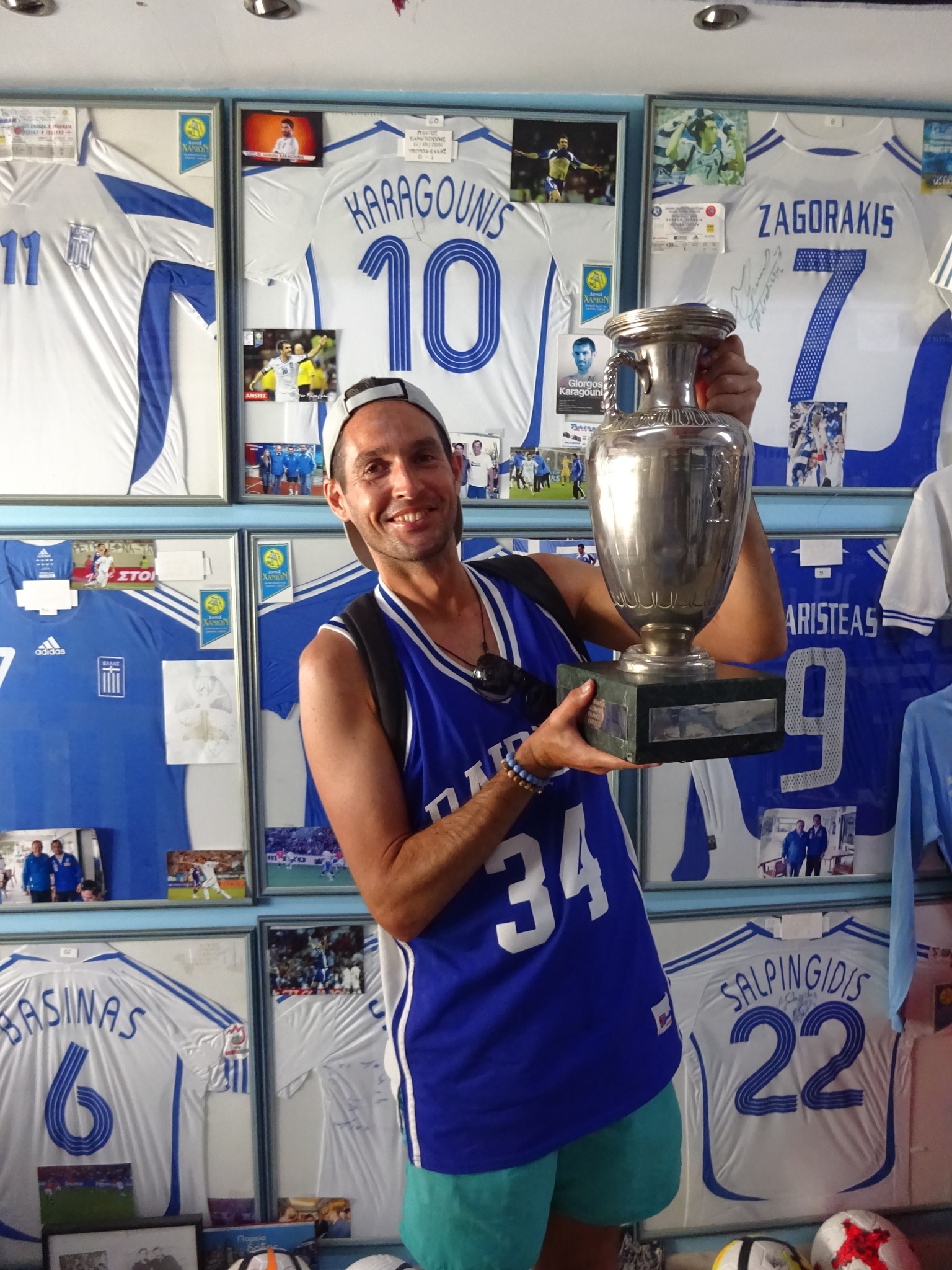 Q: I think I may know the answer but what is your most memorable moment in football?

Nikos: Yes, the memories are many of course, but the 35 days to stay in Portugal (during 2004) it’s fantastic. Nobody believes it’s Greece who takes the Euros. But I have fantastic memories also in 2010 in  Nigeria, 2012 in Russia and 2014 in Brazil.

Q: Away from the museum, what is your favourite football site?

Nikos: The Maracana in Rio, Brazil.

Q: And finally who are your favourite players of all time?  One Greek and one non-Greek please.

The excellent Greek National Football Museum can be found at Tsouderon 40 in Chania’s Old Town. Entry is free but I would encourage a donation or even better, purchase of a unique replica shirt. 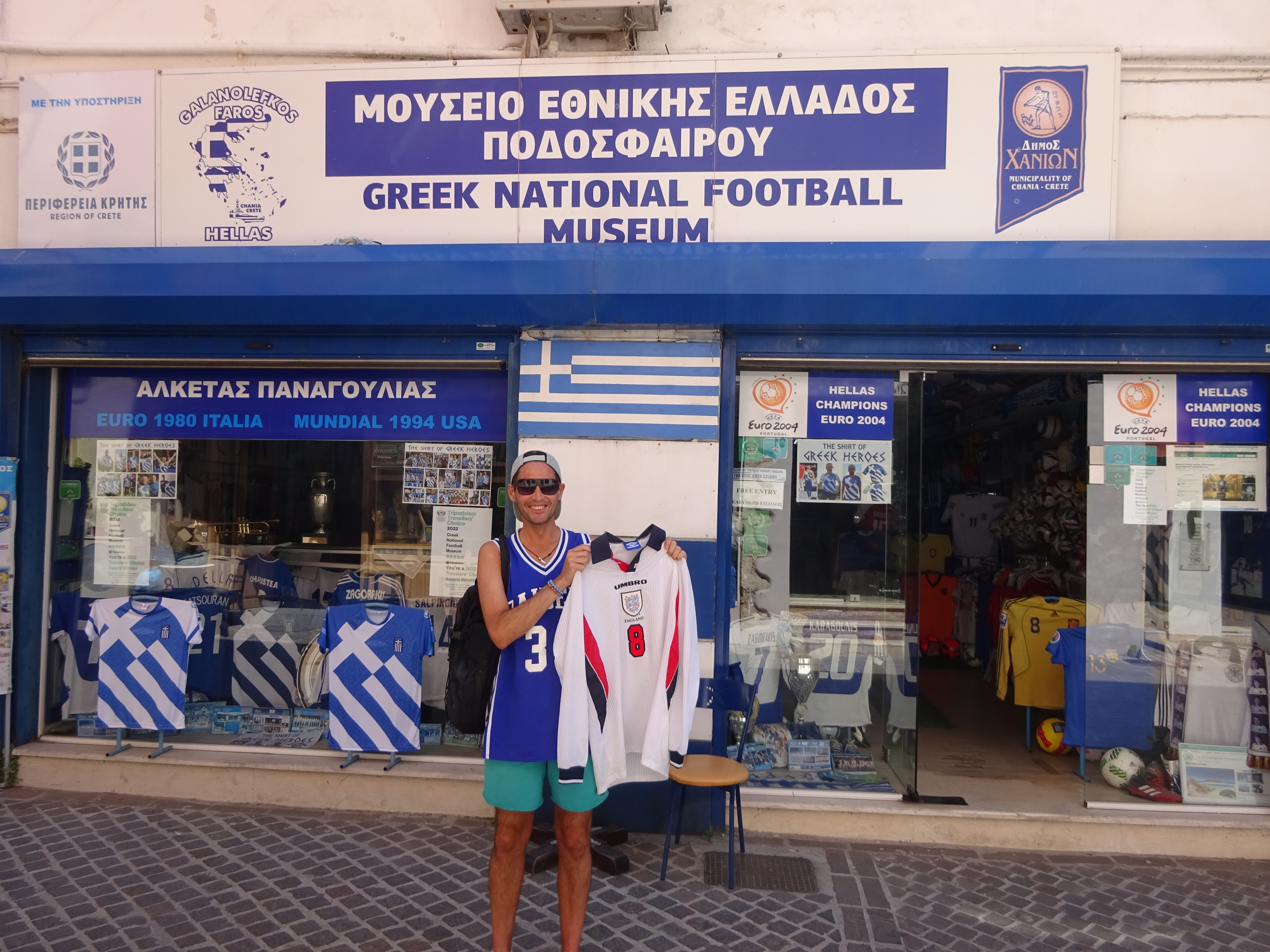