Iceland:The Land of Many Colours

Iceland is a relatively easy country to get round in a short period of time and with good transport links and empty roads, I thought it a suitable choice for a week’s travelling, and I was certainly not disappointed. However, with only six full days of sightseeing, time was of the essence, so I had a packed and tight schedule to keep to.

The arrival at the airport was friendly and a good insight into what Icelanders love, with free vodka samples available and football on television. With the international airport an inexplicable fifty minutes from Reykjavik, (given all there is in-between is predominantly uninhabited wasteland) I had ample chance to view what I’d heard was stunning landscape. This was not really the case, with the countryside from the airport to the city being generally very mossy and samey, but the sea struck me as astoundingly blue.

Aside from the bright sunshine until about 11pm ( it never gets dark in June-August, only less light) the highlight of day one was a conversation with a local poet in my hostel who told me he had worked in a fish factory at the age of nine. I had heard several conversations between Icelanders in English and asked if this was normal among young people. He said that it was, for short conversations, and that it saddened him that the language he loved was being eroded.

After a frankly bizarre conversation about Icelandic prisons with my Finnish room mate, I slept well thanks to my eye mask ( a must, as despite the constant light, decent curtains are at a premium) and was straight on the road – to Skaftafell, a national park about seven hours to the east.

Reykjavik Excursions almost exclusively run long distance bus tours that stop every 1-2 hours or so at points of interest. Interestingly, due to the lack of public transport, my bus also acted as a public bus for several passengers.
Within two hours I had decided I loved this amazingly beautiful country. The landscape is just so varied, going from lush green grass, fields and rolling hills, to black sand deserts, as well as rugged beaches, spectacularly powerful waterfalls and vast lavender and lava fields. It was truly breathtaking. I arrived at Skaftafell at around 3pm, which left plenty of time for a two hour round trip to the glacier. I was actually alone in complete silence, looking out onto black sand desert on one side and a snow covered glacier on the other for around half an hour. Brilliant. 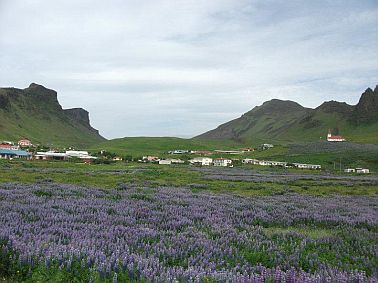 Things got better as I thought I had my six bed cabin to myself until 11pm when fast asleep I was cruelly denied by a German family who, to be fair, after my initial waking, were efficiently quiet.

Day 3 was another splendid day, I had never seen such varied colours in mountains to those at Landmannalauger (about four hours west of Skaftafell), in the centre of the country. The blues, oranges, reds and greens have to be seen to be believed. As do the turquoise pool, lime green moss and smoking geothermal hills. 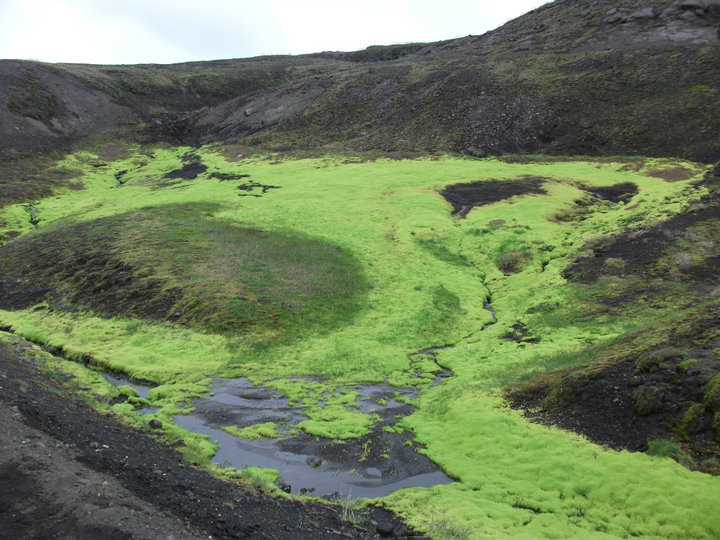 Iceland will never stop surprising you. For example, on the coach back from Landmannalauger to Reykjavik after a 12 cubic kilometre lava field we hit a black desert and slightly further along, snow covered mountains. There was a minor glitch with the coach breaking down ( I found the part in the road and presented it to the guide who was sure we had “hit a rock”) but this was resolved with another coach arriving in twenty minutes, which was impressive.

Back in Reykjavik, The National Museum was well worth the short walk, albeit in torrential rain, that fortunately disappeared by the time I came out. Detailed, but not overloaded on information over two floors I took in Iceland’s history, despite finding feature 41  followed by 74 which did make things occasionally confusing.

A short walk across and between the lakes on the outskirts of the town centre took me to the national Art Museum. It was ostentatiously more pretentious than the national museum, but houses a very interesting, violent and revealing collection of largely modern Icelandic art displays, sculptures and paintings.

The city is a renown party town, the Saturday I looked around it I saw several Dutch stag groups and hen weekend groups which added to the cosmopolitan flavour of the city.

The Blue Lagoon is, I suppose, something of a tourist must, it is just that though, a big blue bath, thirty-five minutes out of town. I was slightly mistaken in that I thought it was based on geothermal energy but is all man made and at £35 entry including transport, perhaps not quite worth it. Nonetheless, it is a beautiful spot and you can have a beer or champagne just by having your locker key scanned at the in-pool bar.

Day 5 I shipped out to Stykkisholmur in western Iceland. It’s a quaint and beautiful port town of population of just over 1000 with dazzling views from the mound in the port, of the multi-coloured roof tops, ultra modern futuristic church and surrounding golf courses.

When Lonely Planet lists the supermarket as one of the places to eat, you know sightseeing and eating out will be limited, but I was not disappointed. The volcano museum is excellent with informative displays, great pictures, a film gallery and a very helpful manager who takes time with each visitor. The futuristic, but eerily deserted church is worth the short walk and the library of water is perfect to finish off the day with a scenic view of the town and a good book.

My final full day I took the glacier circle tour, taking on Arnarstapi, a beauty spot with black sand beaches, black cliffs populated by puffins and some crazy rock arches; and all this with Mt Snaefell in the background. Just ten minutes further on is Hellnar, which is a great spot to grab lunch and walk through the lava fields. 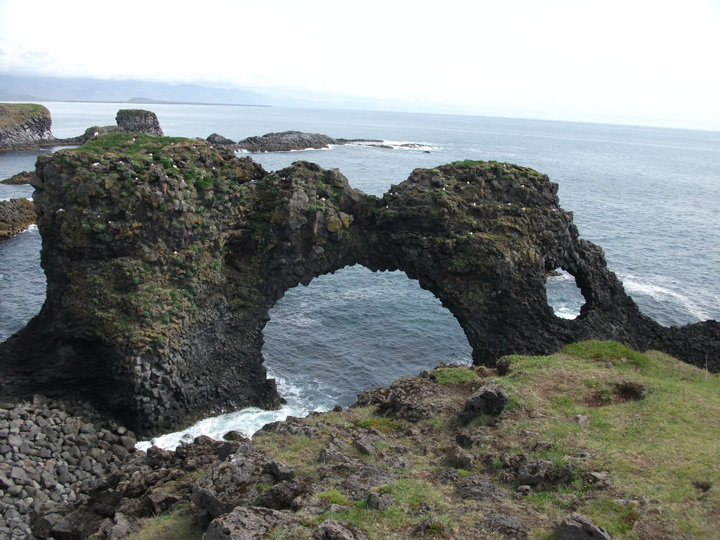 While I was there a music video for a top Icelandic band was being filmed in the cove. The final stop was Djupalanssandur, a gloriously windswept and nearly deserted black sand beach with cliff side walks a plenty, and old ship wreckage to amble amongst on the beach. 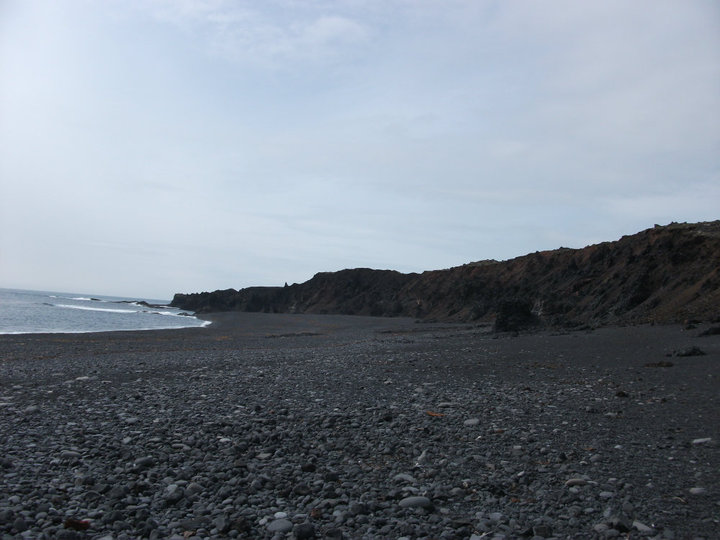 And that was pretty much that, I returned to the capital the next day very happy at the diversity of the natural beauty I had seen. Iceland is a visibly stunning country; the volcanic activity and frequently wet climate along with long phases of summer sunlight combine to make it a hugely pleasant experience.

Budget: Allow £50-£70 per day. Hostels and food are reasonable but alcohol and transport are very expensive.

Tipping: Is appreciated but not expected.