As a traveller, every now and again you come across a place that steals your heart a little. For me, Hampi, in the Indian state of Karnataka was one of those places. Magical and bewitching, Hampi is an ancient temple town surrounded by 16th century ruins. Giant boulders are strewn across the landscape, set against a backdrop of vibrant green paddy fields and palm trees. 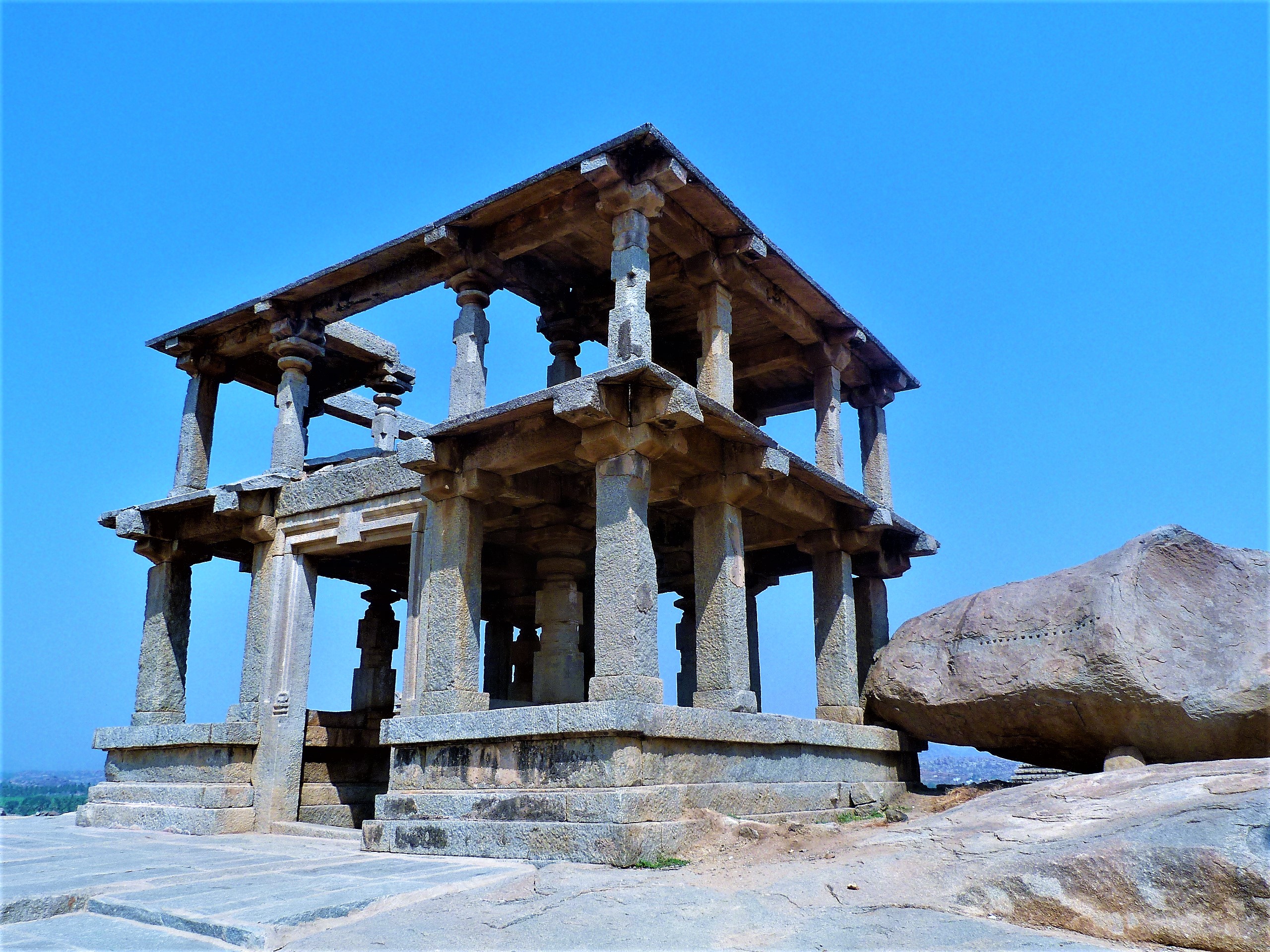 My partner and I arrived in town after a twelve hour overnight bus journey from Panaji. Weary from the bone-shaking journey on pot-holed roads, we pushed our way through the sea of insistent touts and headed to the bazaar.

The sights and sounds of Hampi were immediately engaging. Narrow streets where cows wandered, mixed with children playing amongst the colourful buildings and women in groups drinking chai. We passed Virupaksha, the stunning Hindu temple dedicated to Vishnu and Shiva, and centre piece of the town. Monkeys leapt from pillar to post and a dreadlocked sadhu sat at the ornate entrance. I was already enchanted by Hampi. 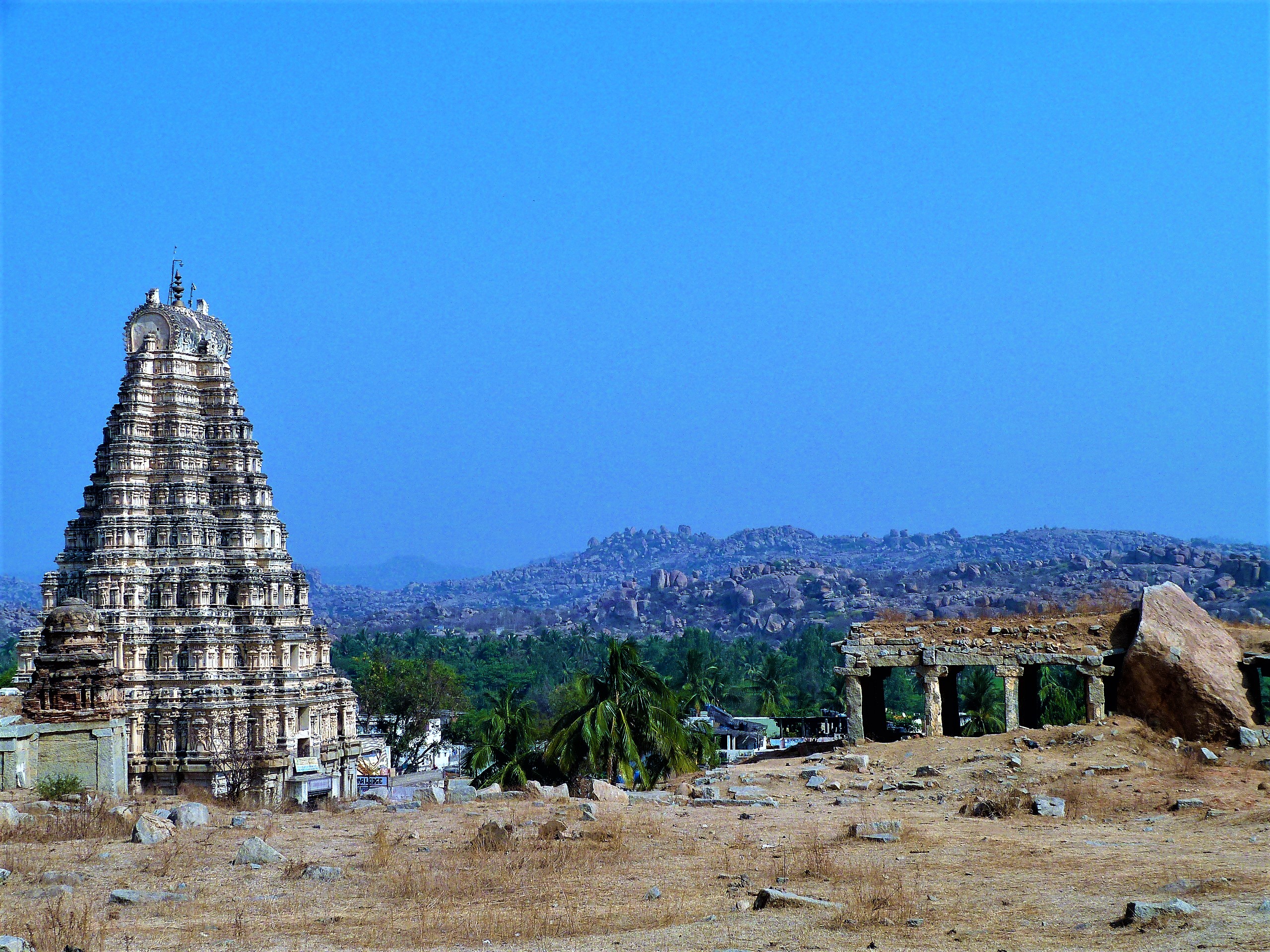 After breakfast, we walked to the Tungabhadra River, where we discovered Lakshmi, the temple elephant having her morning bath. We took a taxi boat across the river with a jolly looking sadhu, and then strolled down a track surrounded by fields to The Shanthi Guest House. By comparison to the buzz of Hampi, this side of the river felt rural and peaceful.

Our thatched bungalow overlooked a rice paddy, beyond which water buffalo grazed. We even had a hammock on the porch, a perfect spot to chill out and reconnect to the sights and sounds of nature. 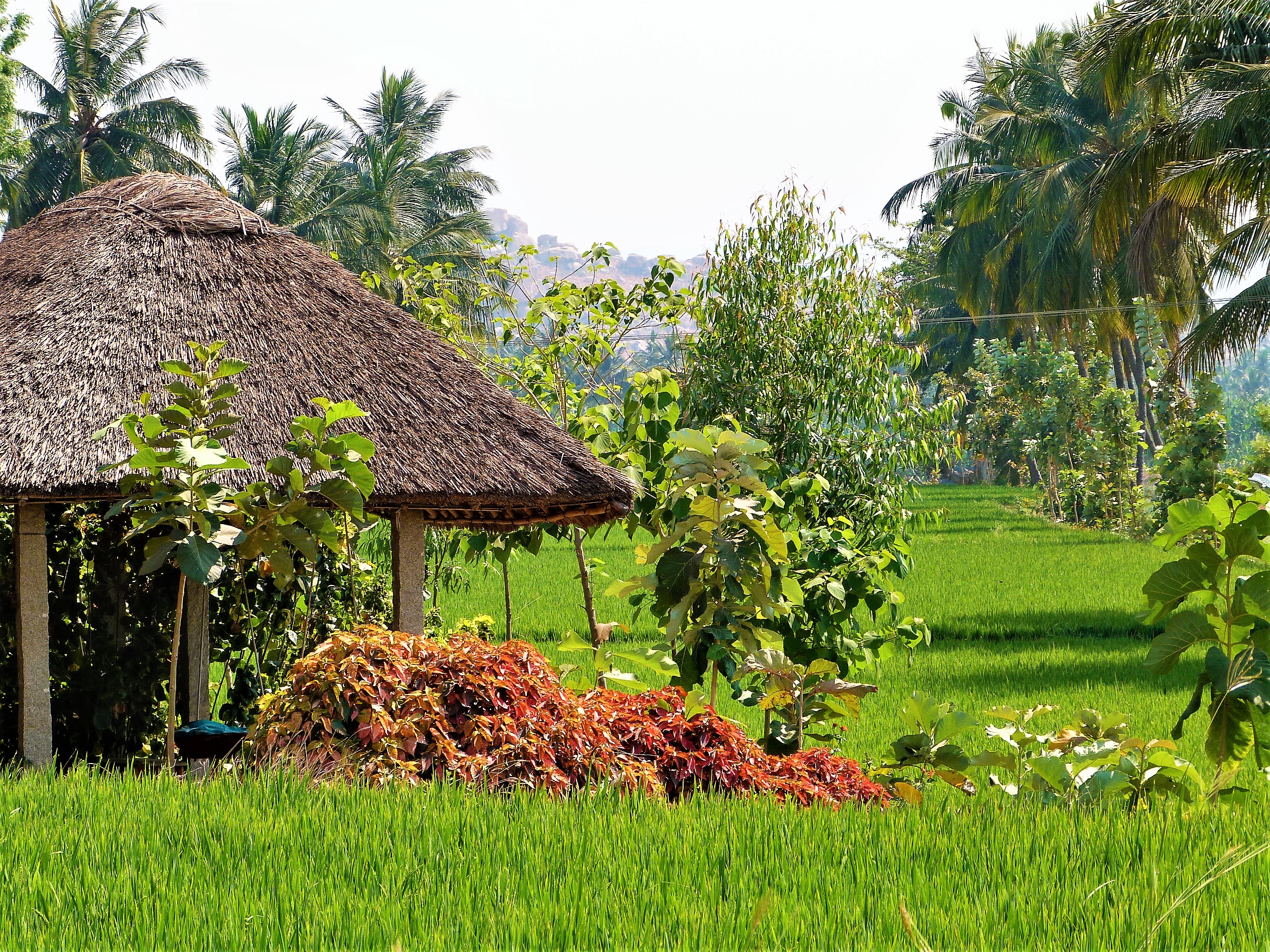 Over the next few days, we explored Hampi in depth. Walking for miles in the intense heat under deep blue skies, we stumbled across stunning ancient ruins and beautiful natural phenomenon. Deservedly adorned with UNESCO World Heritage status, Hampi and its surrounding area formed part of the fourteenth century Vijayanagara Empire.

Some of the buildings, such as the Royal Elephant stables were in relatively good condition, whilst others were crumbling and neglected, but equally fascinating and atmospheric.

Refreshingly devoid of crowds, except in the more well-known areas, we wandered freely amongst the ruins and boulders. Some of the huge rocks were precariously balanced on top of one another forming extraordinary looking sights reminiscent of the desert landscapes of the USA. 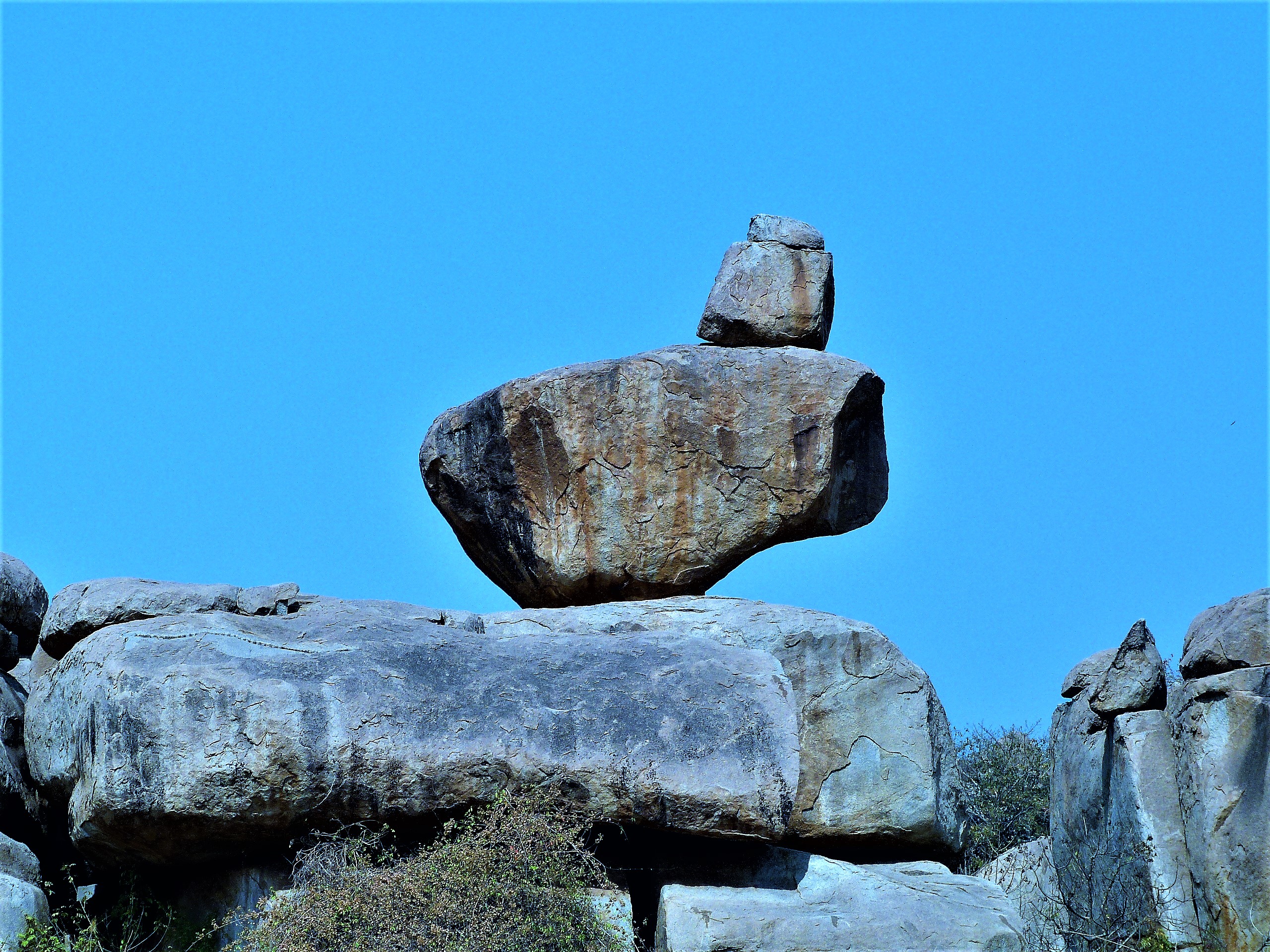 Occasionally, as is often the case in India, we were approached by Indian tourists who wanted to practise English or have a photograph taken with us. Some were just inquisitive, rarely having encountered westerners, and simply wanted to chat.

One of my favourite spots was Matanga Hill, which provides sublime views of Hampi and beyond. We spent hours up there, sitting and taking in the magnificence of the otherworldly landscape. Without doubt, one of the most the spiritual and uplifting sights I have ever experienced. I wanted to ensure that it would be etched in my memory forever.

An abundance of hippie style restaurants, complete with low tables and scatter cushions provided an occasional welcome retreat from the scorching sun. After a rest and a fresh mango lassi, we were ready to continue our explorations.

As the sun went down, we ate delicious thalis in one of the many rooftop restaurants. Being a temple town of great spiritual significance to Hindus, alcohol is banned.

Accommodation in Hampi is generally basic. There are no Best Westerns here, and it is all the better for it. You can either choose to stay in the area of the bustling bazaar or on the other side of the river in mellow Tungabhadra. Those who do venture across have to return early though – the last boat of the day making the three minute crossing leaves at 6.00 pm.

Whether I will ever return to Hampi or not, I don’t know, but its mesmerising sights and mystical ambience will stay with me always.