Happy New Year one and all. Here’s my annual run down of some of the best places to travel to in 2020. As ever this is with an eye on recent initiatives taken by a particular place or destination to help drive visitor numbers, as well as anniversaries of major historical events that are being marked accordingly. This year we start very close to home and have a balanced focus between countries and cities that are worth considering as a destination to travel to in the coming year.

This year we start here in England. Aside from her timelessly idiosyncratic attractions such as quaint old villages, historic castles and picture perfect rolling countryside, England is home to some of the finest walking trails in the world. Following a long running campaign by the Ramblers organisation, the full English Coastal Path is now a reality. For the first time one can walk from Berwick Upon Tweed in the country’s far northeast right across to Bowness-on-Solway in the Northwest. Similar trails exist along the Wales Coastal Path, the Norfolk Coast and South West Coast Pathway. All are valued by photographers and trekkers alike for their stunning views and as areas of Outstanding Natural Beauty. My personal recommendation having spent many a family holiday there in my youth would be to venture into the North York Moors for a slice of Bronteesque England. York itself excels as a historical centre with its famous shambles area. Taking a steam train and finding a village pub would also make for quintessentially English experiences. With 4800km of trails to explore there is surely something for everyone, with May-September being the best times to visit. 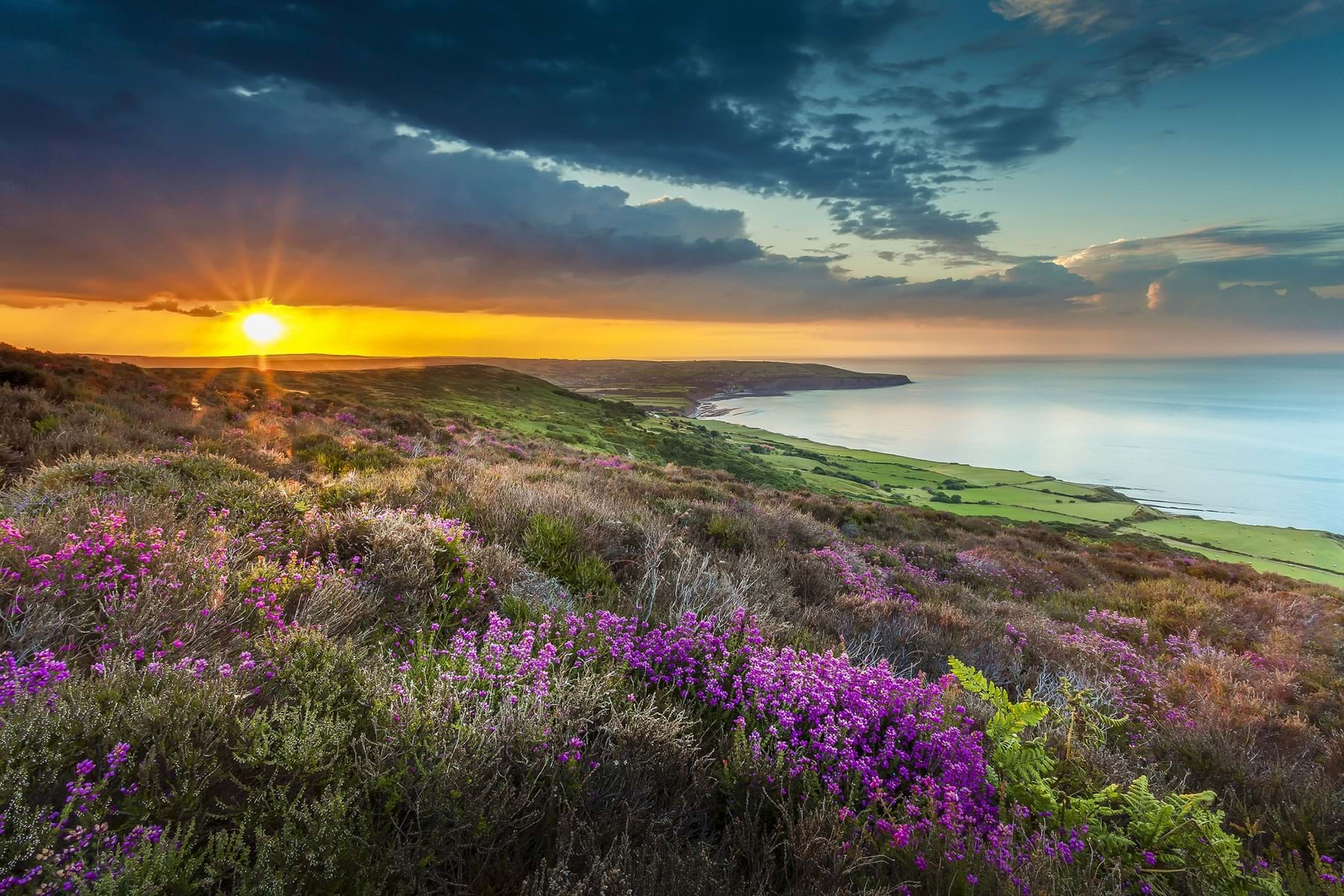 The Netherlands celebrates 75 years of freedom since the end of World War Two this year with events planned during April and May. The best way to explore the country is like a local, via the over 35,000 Km of cycle paths. I can also vouch for the efficiency of the Dutch rail system that smoothly connects the major points in this relatively small country. Amsterdam is worth a visit at any time of year with a canal stroll, visit to Anne Frank’s house and night out partying among her main draws. Rotterdam combines uniquely innovative architecture, leafy park walks, well curated modern museums and rivals Amsterdam in terms of bustling nightlife.  Other highlights include, the Kinderdijk Cycle route, the guided “mud walk” across the bottom of the Unesco listed Wadden Sea and as featured elsewhere on this site the historical and cosily quirky green city of  Groningen. April has been declared as the month of Freedom and the 5th May as National Liberation Day. Fourteen Freedom Festivals are planned for this date. 27th April marks Kings Day, rendering this a fine time to visit with the countryside also in spring time bloom. 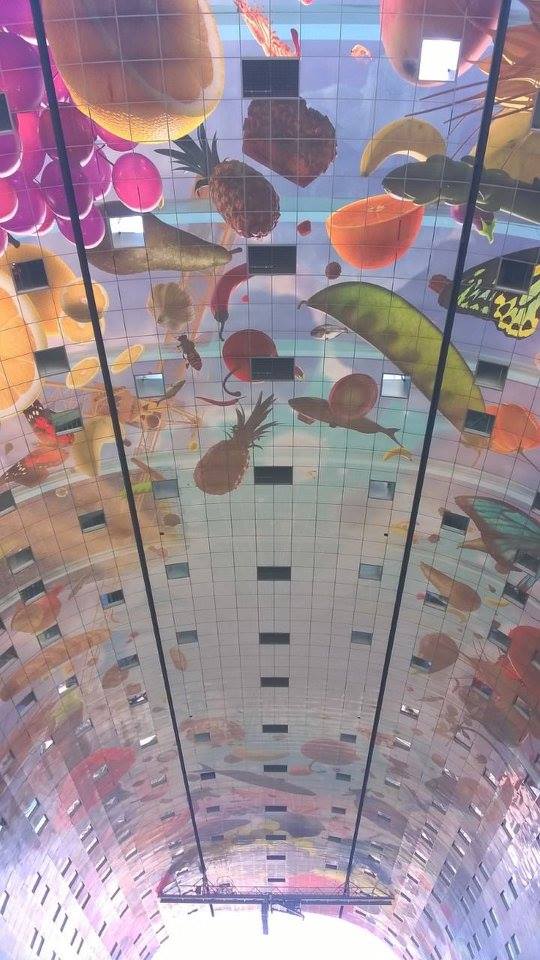 Inside one of Rotterdam’s extraordinary food halls and malls

I have long championed Morocco on this site as a country that offers excellent value for money as well as boasting numerous cultural and historical attractions and sights. Similarly she has, in recent years significantly improved her infrastructure in terms of transport links, as well as capitalising on the trend of yoga and wellness retreats. There has also been serious investment in restaurants and hotels making this an almost complete, all year round (high summer months aside) destination. Roads have also seen significant improvement and it is also now home to Africa’s first high speed rail link, meaning one can reach Casablanca in just two hours from the port city of Tangiers. There is simply so much to do in Morocco, depending on your tastes. Marrakesh, Fes and Meknes cater for those who wish to indulge in history,  ancient Islamic architecture and visit vibrant souqs and medinas. Essaouira could be for kitesurfers or those looking for a more relaxed coastal vibe in terms of seafront restaurants and wellness options, Agadir has a more mediterranean bar, restaurant and beach focus. But don’t limit yourself to the cities, a trek in the High Atlas Mountains also comes strongly recommended as does a visit to Berber markets and a trip to the desert, perhaps at Erg Chebbi. Oh, and the mint tea is incredible.. 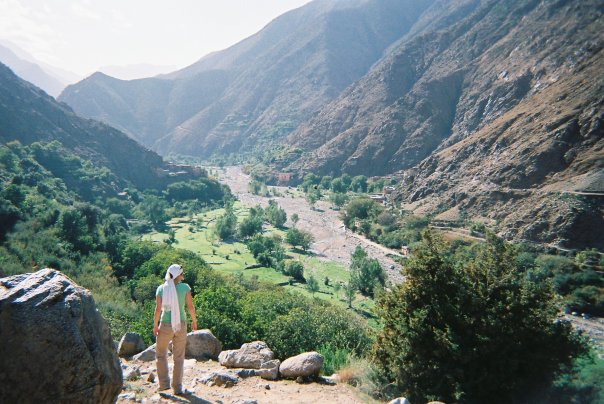 2020 marks the 100th anniversary of America’s 19th amendment – the law that granted women the right to vote. Washington D.C’s world class museums such as the National Portrait Gallery, National Museum of American History (my personal favourite within the National Mall) and the National Museum of Women in the Arts will have dedicated exhibitions. D.C has long been home to the celebrated National Mall of America – a sculpted area of free museums, memorials and monuments made even more famous by Forrest Gump and home to major demonstrations such as the Million Man March. However other neighbourhoods such as NoMa and the former warehouse district north of Massachussettes Avenue have been rejuvenated in recent years, with burgeoning culinary scenes, Latin American and gourmet respectively, the inspiration. Must dos also include a visit to the National Museum of African History and Culture, and a stroll through the Georgetown University District. Finish off at the Lincoln Memorial after the powerful Vietnam Veterans Memorial and Martin Luther King Jnr Memorial in the National Mall.

Home to now the world’s largest cable car system, Bolivia’s capital city La Paz is undergoing something of a rebirth in 2020. The system now boasts eleven lines, as opposed to the just three that existed in 2014, rendering this hilly city far easier to navigate and explore. La Paz and El Alto are officially separate cities with La Paz being situated in a valley bowl that one descends into after navigating El Alto which sits above it. El Alto is often taken as the affectionate nickname for the city as a whole. La Paz has traditionally served as an entry point for tourists who head swiftly onto the country’s more vaunted sights of El Salar de Uyuni, Lake Titicaca, and Sucre. However a renewed dedication to locally sourced ingredients and the according opening of several new restaurants including the Cocina Boliviana and Los Qnapes is among the reasons that visitors are now staying a little longer. Similarly, celebrated local architect Freddy Mamani’s 50 Shades of Neon tour in El Alto, a trek to find a viewpoint down the valley for a stunning panoramic, a visit to the absolutely excellent Coca Museum and a Mountain Bike ride down the “World’s most dangerous road” are enticing travellers to now linger for several days in the world’s highest capital city.

Last but by absolutely no means least for my 2020 recommendations we have the serene city of Kochi (or Fort Cochin) in Kerala, southern India. There is nothing hectic about Kochi, it’s streets are chilled and there is a calmness to it all. The city can be reached by either bus or boat from transport hub Ernakulum which is serviced well by trains up and down the Kerala coastline. The fact the Kochi is home to the World’s first fully solar powered airport is symptomatic of this youthful city that also boasts a host of interesting galleries and museums. For those keen on history there are colonial backstreets from the times of British and Portuguese rule as well as India’s oldest European church built in 1503 where Portuguese explorer Vasco de Gama is buried. There are a plethora of classy homestays to rest your head, many in converted colonial villas. I would certainly suggest a dusk-time stroll on the beach to check out the ancient Chinese fishing nets, a visit to Mattancherry Palace and its fantastically well preserved Hindu murals and a trip to the bizarrely almost deserted Cherai Beach. But it is the general serenity of a place where Christians, Jews, Hindus and Muslims live side by side in harmony that is perhaps the main draw. The Kochi-Muziris Biennale Street Art Festival starts in December 2020 and is sure to bring in the crowds. Timing is important here with December – March being Peak Season. Temperatures increase significantly from April. 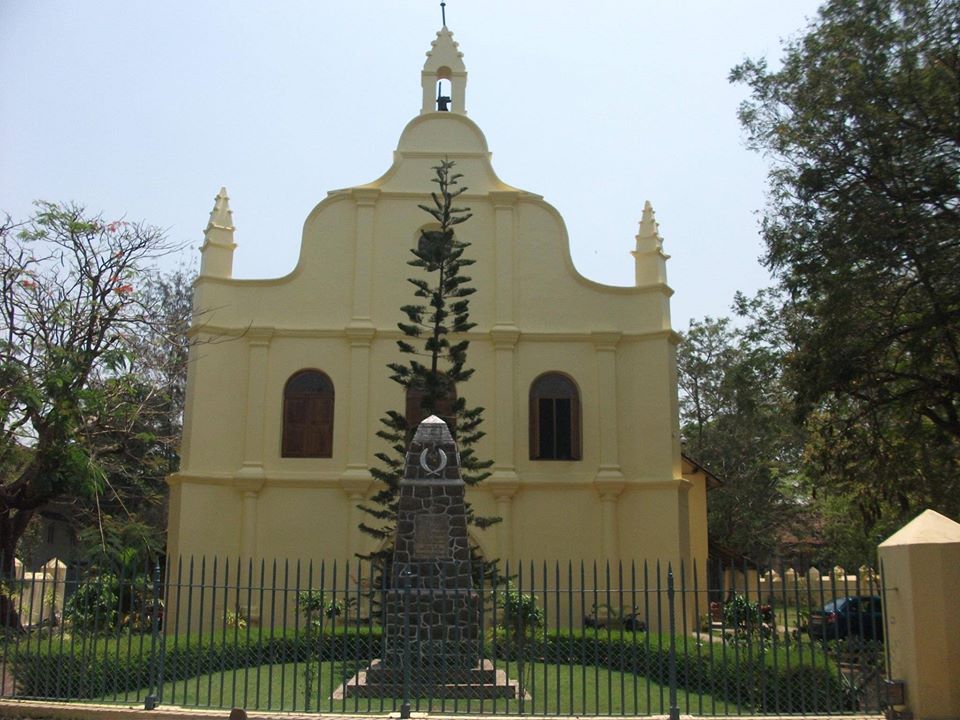 Covering five continents, those are my main recommendations for travel in 2020 with hopefully one or two items that perked your interest. So I’ll just say enjoy, get planning, and best travel wishes for the year!

It would be remiss of me not to mention that the Summer Olympics are being held this year in Tokyo between 24th July and 9th August (although the marathons have been moved to Sapporo on Hokkaido), rendering this year an excellent time to visit the land of the rising sun. To read more from myself on Japan and specifically Tokyo’s numerous merits please click as applicable.