An Exciting journey to Puducherry- A Backpackers Story

A long-awaited bucket list destination, a French land which we had wanted to explore for the last 3 years – our wishes finally came true on June 7th which was perfect timing as the weather had a romantic bliss.

We started our journey from Bangalore by Airavat. There are multiple buses from Bangalore that operate to Pondicherry daily. The journey was very comfortable. We reached Pondicherry in the morning by 5.00 AM. We headed to our hotel Le Chataeu – a French-themed hotel. Without wasting our time we freshened up and went to the beach. We were taken aback by the beauty of the stone beach. There was enormous peace at the beach though it was a little crowded with joggers and tourists.

We sat on the beach for more than 2 hours just looking at the waves beating the shores. The touch of the early morning breeze was an absolutely heavenly feel. We sat at the beach til the sun became a little harsh to us, then we went to a nearby sea facing French styled café for our breakfast. After having decent tummy filling food, we rented our two-wheeler to explore the city. You can rent two-wheelers for Rs 350 – 700 depending on the model.

The beauty of the White Town was incredible – its architecture resembled a colonial French town, and the name was a perfect match, as most of the homes were painted in white or nude colours. They were a real treat to our eyes. The Bogan villa flower around the houses gave synergistic beauty to the French homes. We could see multiple cafes around the White Town. They mostly serve French food and we found the price to be slightly on the higher side.

We explored the White Town, and though it was a small place, there were so much to see. It took a lot of time for us to absorb its elegance. After roaming around for some time we got to eat some street food of Pondicherry. 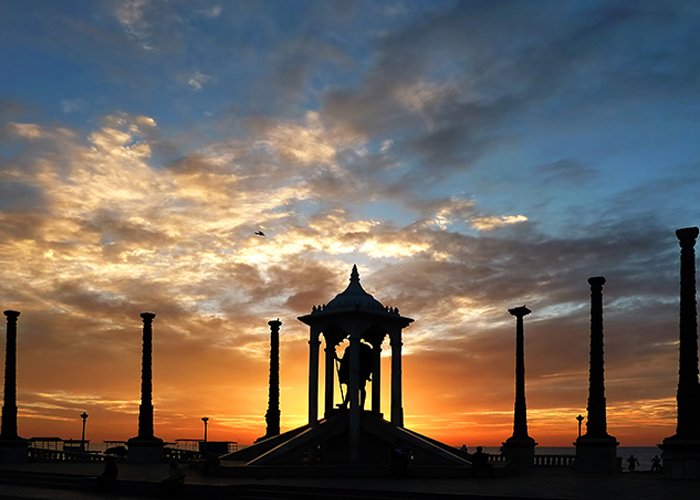 The next day morning we took a walk to the beach and watched the beautiful sunrise near the Gandhi Statue.

We had to search for a place for our stay for the next day, as we did not have any pre-booking. Most of the rooms were filled and a local boy helped us to find an amazing hotel called Colonel Heritage. A French lady by name Sabina was managing the homestay, which is a heritage villa. The room given to us was on the second floor, and the room was beautifully maintained. It had huge French windows, and a balcony facing the villa’s garden.

After checking in we left the luggage and went to Paradise Island which is reached via a boat trip that takes around thirty minutes. After getting down from the boat there was a true paradise waiting for us. A beautiful well-maintained clean beach. The weather was so pleasant. There we load of people playing and enjoying the beach. We had a wonderful time for the next three hours. After which we had our lunch in the shack and headed towards the homestay. 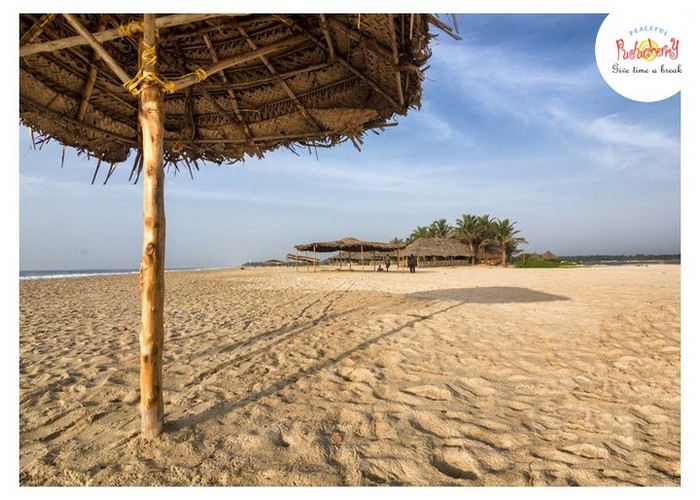 After freshening up, we wanted to explore the city outside the white town, so we took a ride into Pondicherry city. First we went on to do some street shopping – there were multiple vendors who were selling clothes in the bazaar. They were priced very economically and were of a good quality. But the ride was not so charming – the city outside White Town was an entirely different experience. It was like any hustle bustle city. So, we headed back towards our magical White Town. 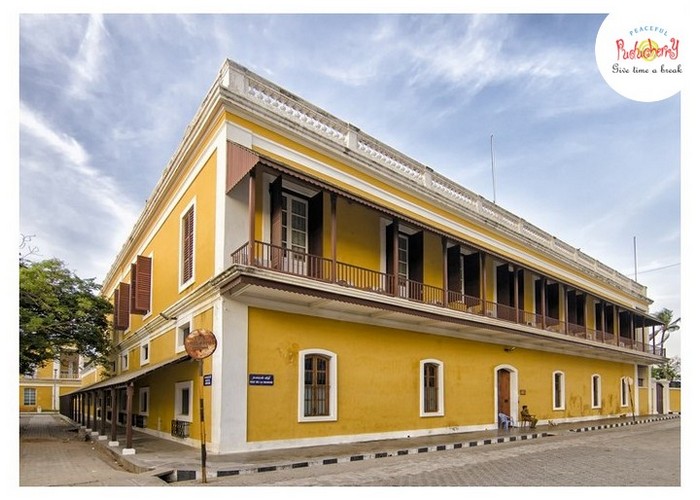 After reaching White Town we went back to the enchanting rock beach. We felt there is something magical about that beach, though we sit there for hours long looking at the sea we never got bored. The beach was open for 24/7. So that we could spend the entire night looking at the waves. That night we spent was so beautiful. There was an unusual peace despite the crowd. That was as perfect night as anyone could ask for. We were sitting silently under the enormous sky, staring at winking stars and admiring the melody of the waves, the feel of the breeze, and wondering how could Brahma made this beautiful shrishti.

We were there at the beach till 1.00 AM and when we started feeling sleepy, went back to the heritage villa, and had a relaxing sleep. After that we went to our Pachaiammal shop for the morning breakfast and hot chai, after that we headed to Serenity beach. It was another surprise, though the road which was leading to the beach was a little untidy, the beach as the name suggests was a gorgeous clean, golden sandy beach. We could see lots of surfers, as the shallow beach is a perfect place for the beginners. There are a few places around the beach which offer local and French cuisine. But most of the places did not serve alcohol, which makes this a perfect destination for families. 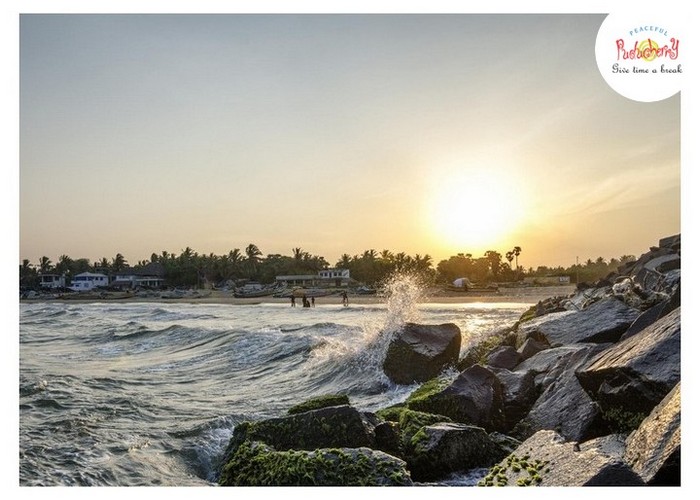 After spending a good amount of time in the Serenity beach, we reached our homestay around 6.00PM. After that, we packed our bags, said goodbye to the most beautiful stone beach promising to see her soon, and with heavy hearts headed back to Bangalore with heads full of wonderful memories.