Cuba: The Past is Present

Well it was an inauspicious start to say the least. Briefly placated by the pleasantly warm temperature following my 11 hour flight, my temper was soon agitated by spending ninety minutes between security and baggage claim. This was compounded by the crowd of Venezuelans who had apparently been hired to prolong my misery as they huddled round the only ATM and took an eternity to withdraw their money. However moments later I was finally speeding in a taxi through the outskirts of Havana.

It is most certainly true that 1950s cars are everywhere, and for the most part they are marvellously well maintained, and their presence adds to the effect of stepping back in time. I found this to be an example of self-sufficency and pragmatism of Cubans. By this, I mean that they concentrate on the important things. There are lots of kids on the streets, but the streets are clean, and crime is low. They barely have the internet, and people are not constantly attached to their mobile phones, but there is free, quality healthcare and an effective school system, leading to an educated population.

Havana is a beautiful city. Stunning baroque and colonial architecture compliment the Malecon strip by the ocean, and the Parque Historico across the bay. The endless procession of cadillacs and cars more akin to 50s gangster films are as stylish and as easy on the eye as the palm trees that adourn the old town. 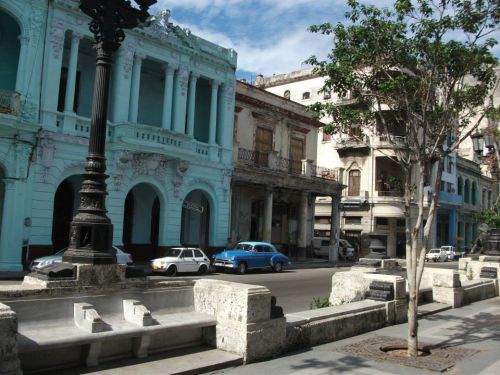 In terms of sights, the Museo de Belles Artes is home to almost exclusively modern Cuban paintings and sculptures, from the last 50 years. The collection’s principle themes of violence and poverty are in line with how Cuba has grown over the this period, as the works become increasingly more optimistic over time.

The Museo de la Revolucion is a must, and provides in depth detail of the 1959 Revolution. The museum of course identifies strongly with the revolutionary cause, but without deifying it’s main protagonists ( Castro, Guevara, Cienfuegos et al). There is understandably an undertone of anti-Americanism, similarly I did notice that any provocative actions from Cuba’s side in this regard were left out of the exhibits.

The main tourist area of the city is conveniently compact, and starts at the Plaza Vieja where a morning tour of the Catedral de San Cristobal de Havana is recommended. Between this area and the Malecon, many other points of interest such as the excellent Museo de la Ciudad are in close proximity so take your pick. 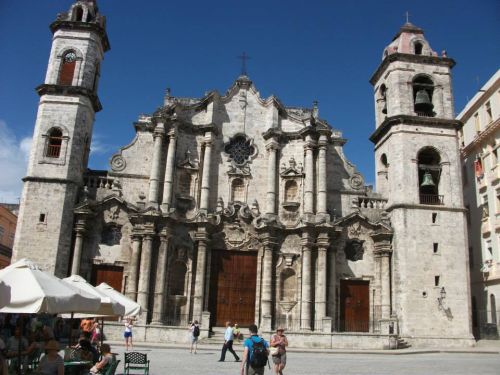 At some point find time for an aimless stroll down the Malecon, although be warned that there is not actually too much to look at past a certain point, and many buildings are run down and in dire need of repair. Similarly the streets and some parts of the roads are in need of a little work in places.

One of those random things that occasionally happens to the intrepid traveller occurred on my second day. The tuk tuk style cycle taxi realised that he couldn’t get to the Parque Historico across the bay, and instead of charging us and abandoning us, stopped a passing car at a roundabout and the driver ushered us in. The driver proceeded to see this as some kind of spiritual calling as a tour guide, as he started to give us background information of the Parque Historico and tips on how best to spend the day (about 5% of which I understood). This was before charging us an almost obscene $10 CUD for the privilege, but such is life. 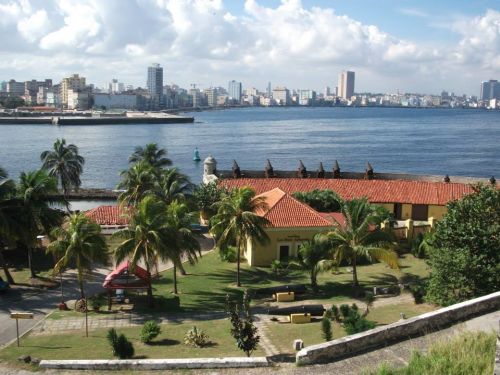 A 10-15 minute taxi ride away from central Havana is the Necropolis San Cristobal de Colon, which is a vast cemetery and home to religious statues and iconography that furnish many of the tombs of Cuban luminaries from the past century. Strangely for a cemetery, it was not particularly bleak or spooky, but merely served to inform as to the importance of death and burial in Cuban custom, as some of the tombs and statues were ornate and eye catching. This sight is located only a fifteen minute walk from the Plaza de la Revolucion which is essentially just a square with grandiose images of Castro and Guevara attached to the back of two buildings, with statue of Marti overlooking from the opposite side of the street. A great photo opportunity. 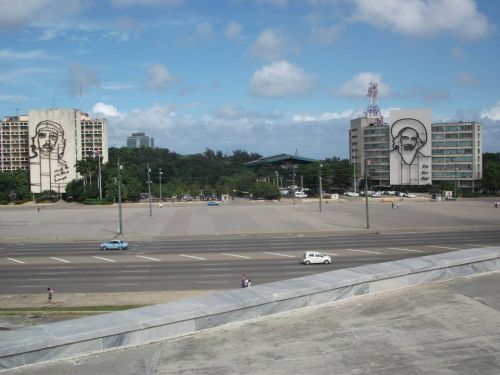 On the journey from Havana to Varadero one notices that Cuba is essentially a poor country. Delapidated buildings and tower blocks are a feature of the provincial towns we passed through. However in comparison to some parts of the West Indies, Haiti, Costa Rica and other Caribbean island nations, Cuba’s resilience and self-sufficency means that the vast majority of the population live in flats or houses with electricity and running water, and the towns are clean and safe. One of the ways that this is achieved is by the redistribution of any wealth. For example, the tips you are obliged to hand over are not only re-allocated around other areas of the resort, but around the entire country. 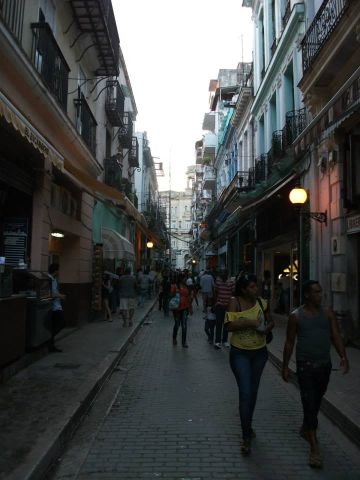 If I had any gripes, one would be that as is the case in almost any tourist area in a developing nation, that if you stop and look at a map, you may well be hassled within seconds. Similarly I found that even when I did know what I was doing, I was rarely left alone without being offered cigars. One man even followed me three blocks to help me buy chewing gum (bizarrely very difficult in Cuba) in the hope that I would follow him to do so. At the resort in Varadero I was impressed by all the staff being not just bi or tri-lingual but in some cases announcements were made in up to five languages. Less appealing though was the existence of the inexplicable phenomenon of rotund Europeans (mainly men, it has to be said) in highly inappropriate swimming attire for their features.

Cubans are warm, friendly and love to dance. Their pragmatism is as prevalent and impressive as the temporal climate. History and architecture buffs will be fascinated by Havana which also boasts bustling and varied nightlife around the Calle Obispo.  It was this all round variation and appeal which makes it an important and beautiful island. 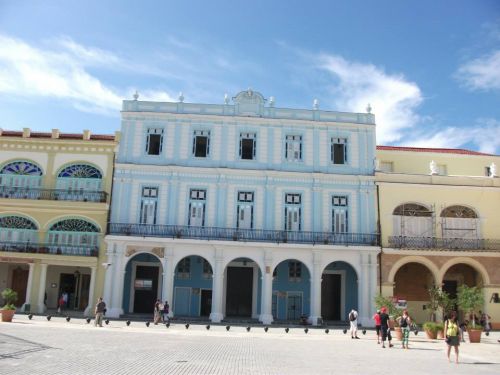