Comfort on a budget in South-East Asia

The swimming pool glistened invitingly in the afternoon heat. I didn’t set out to find a hotel with a swimming pool, but it was a blessed oasis. It was the kind of hotel that would cost too much in most places, but in Southeast Asia there are still bargains. Vietnam, Cambodia, Laos, Myanmar and Thailand offer lots of reasons to visit, and low prices are certainly a bonus. 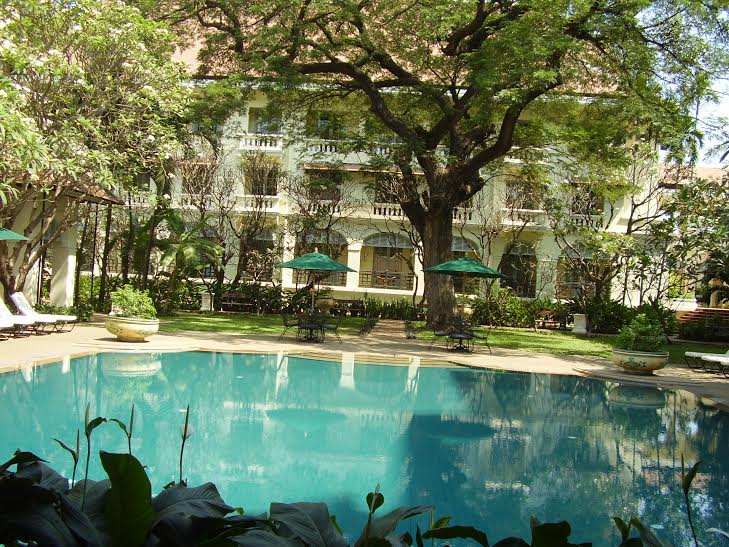 The backpacking travel style is largely irrelevant in Southeast Asia unless you are on an extremely low budget. Efficient buses and trains connect city centers, and inexpensive taxis, tuk tuks and motorcycle taxis can take you the rest of the way to your hotel for less than the cost of a cup of coffee in North America. The price of an air conditioned room in a guesthouse or a hotel is usually less than the cost of a bunk bed in a European hostel. The ingredients to cook a meal cost more at home than most restaurant meals cost in Asia.

You can tour these countries on a budget of $40 per day. The key to getting the most for your money is to go local. Instead of heading for the western style breakfast choose to eat with locals. In Phnom Penh’s touristy waterfront district you’ll pay six to ten dollars for bacon and eggs with toast and coffee. For just one or two dollars you can eat with the local Khmer people as they start their day. Usually it’s soup, boiled eggs, and rice with pork, pickled vegetables, and tea. And there are many more local eateries so you won’t have to travel far for meals.

Going local to save also holds true for accommodations. Rather than book a room online with a hotel that is hooked into a web broker, ask your tuk tuk driver to take you to a nice inexpensive guesthouse. Specify that you want to be near the beach, or near the city center or near the attractions (and always negotiate a price for the ride first). You may be led astray to a hotel where the driver gets a kickback, but the odds are even that it will still be a bargain. 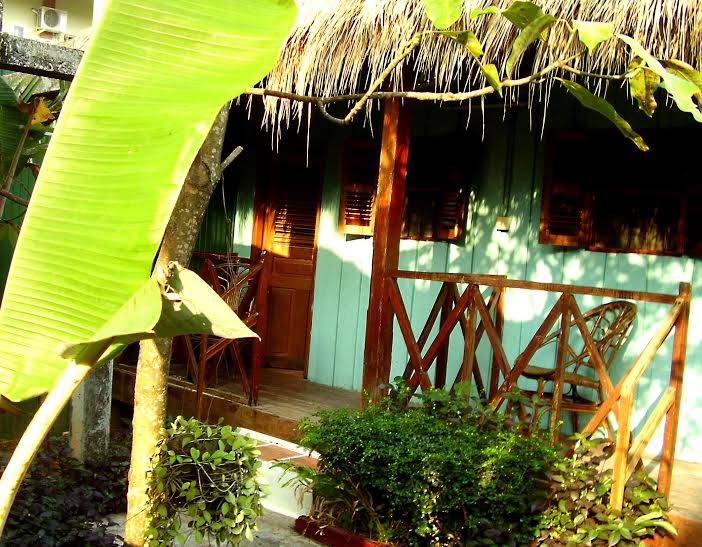 My favorite way to find a room in my next destination is to ask the owners of the hotel I’m staying in for a recommendation. I’ve ended up in hotels owned by their family members, and been welcomed like a lost brother. The cost of getting your money can be a rip-off. Some bank machines in Asia charge five dollars per transaction. Find out which banks offer the better deal. In Cambodia the Canada Bank had the best rates.

Alcohol is a bargain in Asia if you stick with national brands, and avoid imported beers and liquors. A local beer costs two dollars or less where an imported American or European brand sells for five dollars. One pleasant exception is wine in Cambodia. This former French colony maintains low import tariffs on French wine, and you can buy a bottle of nice Bordeaux for four dollars.

With all of these savings you might want to splurge occasionally to experience the type of luxury that would be prohibitively expensive at home. I stayed in one hotel with a lake-sized swimming pool, riding stables and polo ponies, tennis courts, a golf course, and a gourmet restaurant. The cost was only $45 per night.

Whatever your travel style is, whether you’re a student backpacking on a shoestring budget, a business traveler on a fat expense account, or somewhere in-between, Southeast Asia itself is a bargain.

Born in The Hague, Andrew Kolasinski arrived in Canada as a small child riding in the luggage rack of a DC-7. Since then he has felt at home anywhere. As the publisher and editor of Island Angler, Andrew spends half the year fishing for salmon and trout, and in the off-season he travels the world looking for a story. This article was written on behalf of Tucan Travel, experts in adventure tours to Cambodia and all over Southeast Asia.