Does Bursa have more beautiful mosques than Istanbul’s Blue Mosque?

Istanbul’s Ottoman Turkish monuments and architecture are well known. Buildings such as the Blue Mosque (Sultan Ahmet Mosque), The Sulemaniye Mosque, Topkapi Palace, and even the Hagia Sofia are visited by millions each year. Less well known, and certainly well worth visiting, are the Seljuk styled mosques dotted across the pre-Constantinople capital city of Bursa. 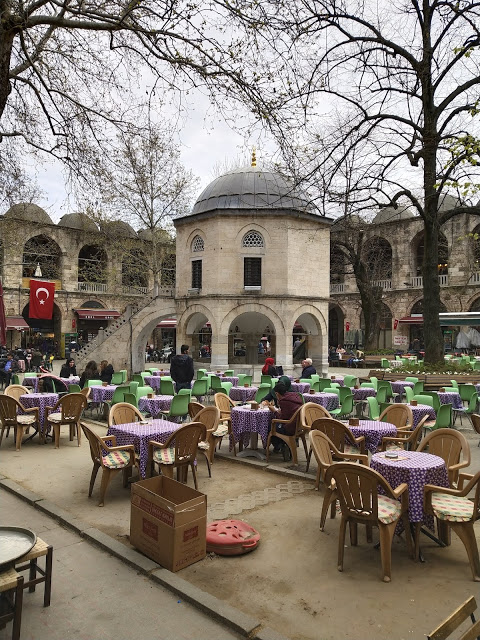 On the day of our scheduled departure all ferry services to Bursa were cancelled due to rough seas. We ended up taking the bus from Istanbul’s Harem bus terminal to Bursa’s Otogari Terminal. Bursa’s bus terminal is a little out of the historic city centre so be prepared for another trip before reaching your hotel. Taxis and local Metro buses are easily available at the terminal.

Like many places in Turkey, Bursa traces its history back to Greek and Roman times. There are even some Roman artefacts originating from Bursa on display at the British Museum in London. (I wonder if these pieces were gifted or simply appropriated when the treasure was located in the early 20th century?)

Bursa was captured by the Ottoman Turks in 1326 who made it their capital city. It was during the Ottoman period that Bursa gained its nickname of ‘Green Bursa.’ The city was lined with gardens and parks and its importance as a fruit growing region was enhanced. Architecturally, the Ottomans also left behind several mosques and monuments which are a must see.

While traces of Bursa’s ancient history are found mostly in museums, the period from the fourteenth century onward is evident as one travels around the city – this is, for example manifested in the Ulu Cami or Grand Mosque which dominates an entire section of Bursa. 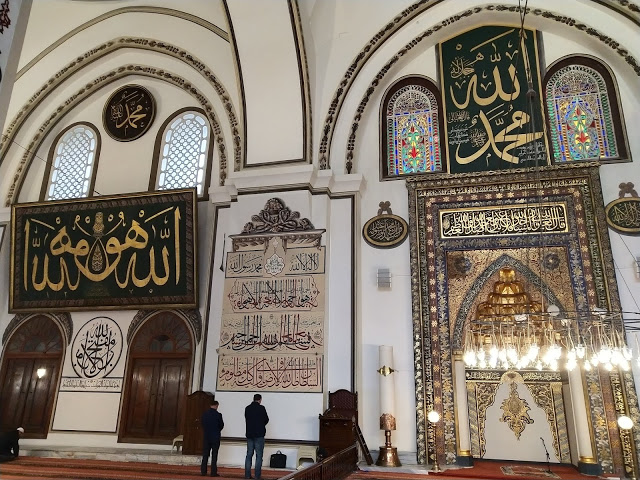 The Grand Mosque was completed in 1399 with some unique features. Notably, it contains an interior fountain which gives the mosque a beautiful, tranquil feel.  Moreover, the mosque has twenty domes. Sultan Beyazit I (1389-1402) pledged to build twenty mosques after winning the Battle of Nicopolis (1396) against a combined European Crusaders force. Ultimately Sultan Beyzait (aka the Thunderbolt) decided to fulfil his pledge by building one mosque with twenty domes.

Then there is Yesil Cami or the Green Mosque, completed in 1422 and its adjacent Yesil Turbe (The Green Mausoleum). It is named after the green-blue tiles which adorn its interior. The mosque has living quarters for the Sultan (and his harem) should he have decided to grace the area with an overnight stay. 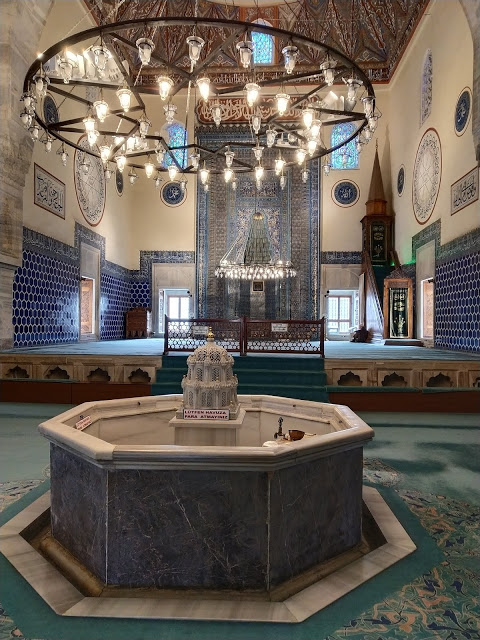 A fountain in the courtyard of the Yesil Cami or Green Mosque (photo: Imran Ahmed)

Although Bursa’s main sites can be seen via a day trip from Istanbul, there is much to be said for a longer stay in this city, especially if you to take in nearby Mount Ulugdag, Turkey’s premier ski resort. There is also the seaside resort of Mudunya, 25 kilmetres from Bursa and the landing point for the ferry from Istanbul which is renown for its fish restaurants and nightlife (disclosure: I have not visited Mudanya as yet). Travellers wishing to go beyond Istanbul and the Sultanahmet  area will certainly find Bursa a worthwhile choice.

Imran is an adventurer, blogger, consultant, guide, photographer, speaker, traveller and a banker in his previous life. He is available on Instagram (@imranahmedsg); twitter (@grandmoofti); and can be contacted at imran.ahmed.sg@gmail.com. He is currently spending 2.5 months travelling around Turkey and you can read more of his excellent blog here.