Bac Ninh: An ideal destination to explore the Buddhist World

I wonder if I can cultivate an image as a walking encyclopedia of travelling tips in Vietnam. That is why I decide to create “My Vietnam” new category which will supply a series of travelling advices (started by this post) for those who desire to head for VietnamJust like an initial challenge.

Actually, it is the province quite near Hanoi, the capital of Vietnam. From Noi Bai international airport, it takes you about 45 minutes to get there by taxi. Unfortunately, it is not easy to travel inside Bac Ninh without a motorbike or a bike or someone willing to take you around by her/his one. There are two buses connecting Ha Noi and Bac Ninh. Therefore, another recommendation is supposed that you take a room in Hanoi then take daily bus at Long Bien transitting station (number 10 or number 54, depending on the places you adore to visit) to go to Bac Ninh. It is undeniably tremendously convenient then. Especially the bus fare is extremely reasonable. 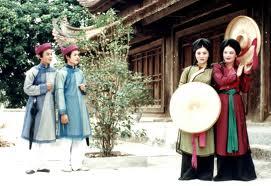 Quit Ha Noi, you will have chance to see a both rural and urban Bac Ninh. There are a lot of factories, industrial zones spawned by the joint venture partnership. Quite nearby, it appears in your view a plentiful of rice fields, fields of crops and ponds, lakes… as well. Elise, one of my French friends, at the first time coming to my hometown, was surprised to stumble on the buffaloes and the cows eating grass. Some sheperds were playing card or joking each other innocently. I also took her to the sand where people get the sand with the aim of building the houses or trading. We sat together seeing some boats drifting in the river. It was so peaceful. We discussed a bit about the future of my hometown. What if the sand is run out of? Yes, the sand is a kind of natural resources then that prediction can not be considered ridiculous, especially when nowadays, the climate change has great influence over the rivers. The alluvium is getting smaller and smaller by river water’s invasion. Such a prediction!

The exquisite temples and pagodas await you as well. Even though there are some Christian people in Bac Ninh, this province sees a predominance of Buddhism. That is why temples and pagodas exist everywhere. Buddhists can worship both at home or at a temple.

For daily worship, they may practice it at home, usually in a shrine. Almost the families have their own shrine(s). It can be a room set aside or just a part of a room. It is necessary to have an altar, candles and an incense burner. Linn, my Switzerland friend commented that there was no much significant difference between the altar at my home and the altar at temples or pagodas. It is not exactly true. Because they always prepare or put many more things at the temples. For example the statue of Buddha or other saints who they consider as their protecter. To illustrate, I would like you to come to Lim temple where they have just added some statues such as Duong Tang (character in the Chinese film “Journey to the West”), or Ho Chi Minh president… In Phat Tich pagoda, you can find a lots arhat statues in different positions. Their names are respectively sticky at the foot of each statue. 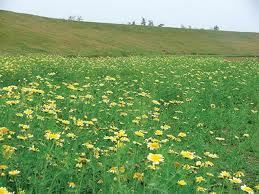 Worship – Almost everyone come to the temples or pagodas for such aim. They put some changes (little-valued money) at each statue. You may be mystified to know it, but true. The manager or those who have authority always put some wooden boxed inside the temple or pagoda in which the Buddhist leave their money. (For those who concern about the fate of that amount of money, it is believe that it will be used to maintain the temples, pagodas in tremendously proper situation and some parts for the monks who look after them.)

All the people consider that action as a way of showing respect to Buddha, then it can bring to them luckiness, happiness and success for all the things they wish during worship. Normally, you can worship in all the temples or pagodas. However, there is one thing to pay attention to. Each temple has its own symbol which makes itself famous. Like Ba Chua Kho Temple in the Bac Ninh city, people from different parts in Vietnam flock to it every spring to expect for more money, expect to get more successful in doing business. Because “Ba Chua Kho” is the former person taking care of the fund according to the legend. Like Van Mieu (Literature) temple of Bac Ninh, that is where the students who are going to take the exams usually come. 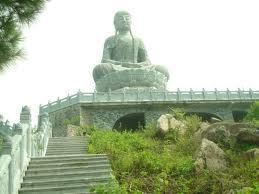 With just 5000 VND, you can get a fortunetelling paper at some pagodas. Actually it is just for indulging yourselves therefore we should not totally believe in it. Sometimes it is good, sometimes it says bad things as well. As being thought and disseminated, the male is required to take the paper by their left hand, and the female taking by their right hand. This is an awesome quirk. 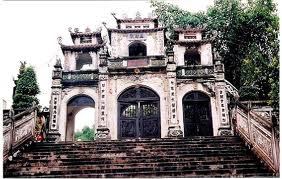 Participate in some spring festivals

It will be your luck to come Bac Ninh in February or March every year. It is often the January under the Lunar Calendar where the Vietnamese celebrate the biggest holiday: Tet. After that, they have a lot of annually tradional festival which surely you can join. In particular in Bac Ninh, each village has its own festival day. So you will not be worried about where to go and what to do these days.

However, what can we do in such festivals? You can play tradional games, such as cock fighting, blind-man’s buff… You can taste some traditional plats or snacks which just appear in these occasions. No more.

Quan Ho Folk song is the featured music in Bac Ninh. We can not recall Bac Ninh without mentioning it. Actually it was recognized as World Heritage by UNESCO. You, the foreigner may not understand the lyrics however I am sure that you will enjoy such type of music. It is delicating and sweety and meaningful. Moreover, singers will wear one kind of Vietnamese traditional dresses. It is not “Ao dai” as widely known, it is “Ao tu than”. You should grasp the chance to take part in festivals at some pagodas or temples because they will always perform Quan Ho Folk song there. It will be much wonderful for you to hear and see them sing in the boat floating in any lake.

It seems that I almost come to an end. I wil find more things which should be recommended to you and also learn more new works in order to express myself better. See you!

To read more from Dzung check out her excellent blog.