The pristine idylls of Greek islands have an occasionally diametric opposite on the mainland. Central Athens can be bustling and bewildering, a ramshackle, dense place of grimy pavements, chuntering traffic, ready street sellers and crowded thoroughfares, pleasantly overwhelming and charmingly chaotic. The traffic lights and speed cameras appear to be on an operative semi-holiday, and the sense of teeming activity makes it wiser to wonder how best to navigate the next crossing than whether any prolonged sense of order might be feasible.

The buildings and sights, too, can leave your head happily spinning. As well as the headline historical sights – at the risk of sounding philistine, you probably know about them, and I’m always more inclined to find places by chance than precision – there’s a lot to absorb. The Frissiras Museum would be memorable if only for the stairways curving off in all directions like something out of a Dali painting and the tables of unpredictable sweets encased by brimming bookshelves, before you even reach the alluring surveys of Greek contemporary art. 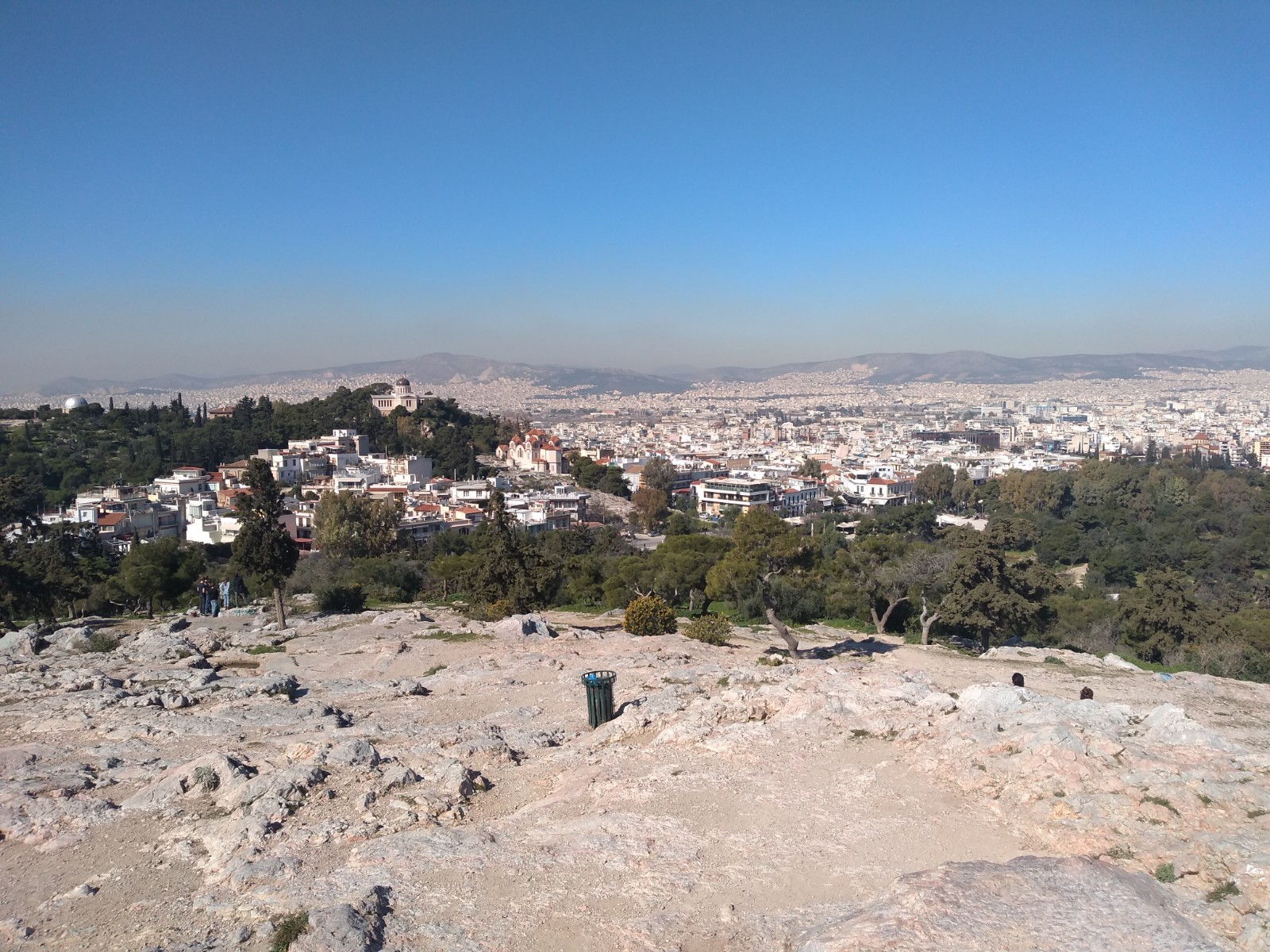 Then there is the Panathenaic Stadium, which you can walk to through the national gardens, and was built sometime in the second century as the only stadium made entirely of marble, excavated in the 19th century and used for the first modern Olympics. Sloping up, around and above the bowl leads to views over Athens almost as good as the ones from the top of Lycabettus Hill. 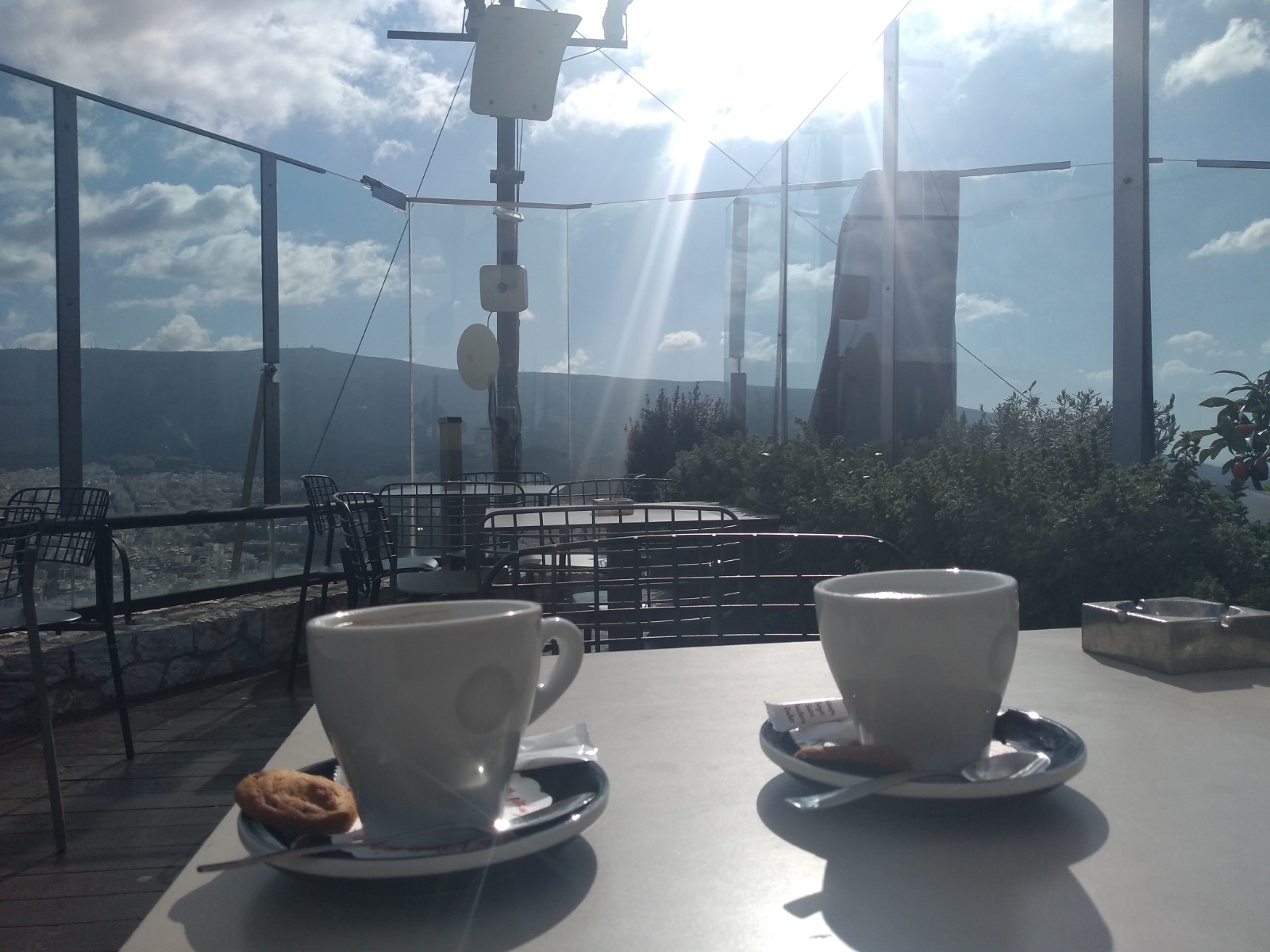 The hill is the highest point in Athens, with a whitewashed church and a sky bar that rewards the walk at the top, albeit with an out-of-character sleekness in the case of the bar. Lycabettus’s holy serenity is contrasted by Inexarchia, a sprawl of culture and street art back in the city that has its own specific map for explorers. 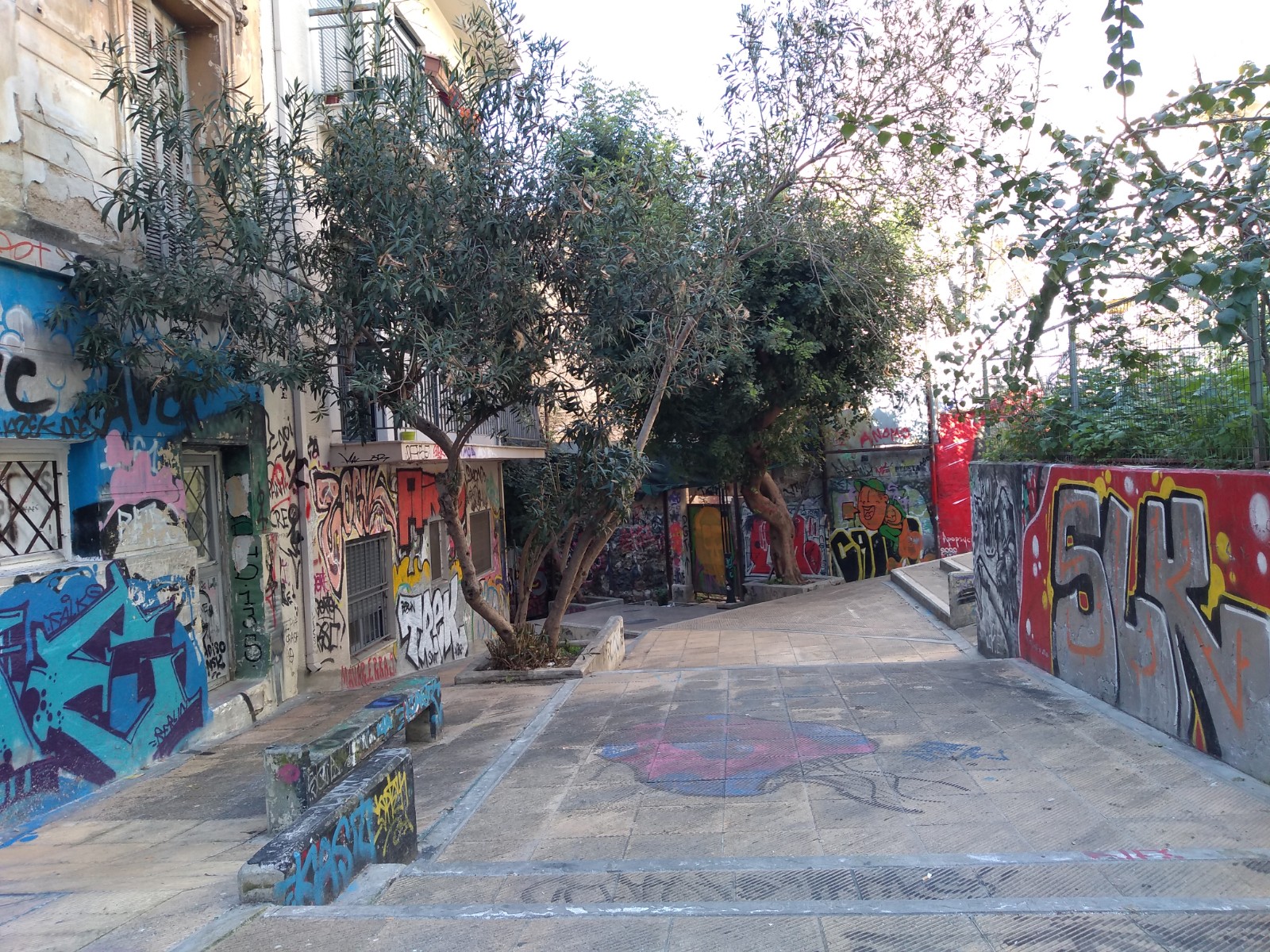 Inexarchia comprises a crawl of cool cafes, squares, restaurants, bars, shops and record stores, often featuring sleepy dogs and posters advertising massive pop bands who evidently prefer to stay off the beaten track for much of the year. It provides a counterpoint to the equally impressive, gleaming Stavros Niarchos Foundation Cultural Centre, a mazey, massive complex In the bay of Faliro which houses the Greek National Opera and the National Library of Greece.

You might prefer to eat and drink in the vast surrounding park or take a look at the square lake outside the centre, which cost €566 million when it was built in 2016 before being gifted to the country the following year.

Another Athens institution with a massive home is the football club Olympiacos, whose stadium is in Piraeus, an industrial port full of quays which is practically a city in its own right. Even though Athens has kiosks selling beer for pocket money on every corner, the stadium itself, which has the powerful air of history you might expect from a venue for those Olympics in 1896, prefers to sell cups of pistachios inside. 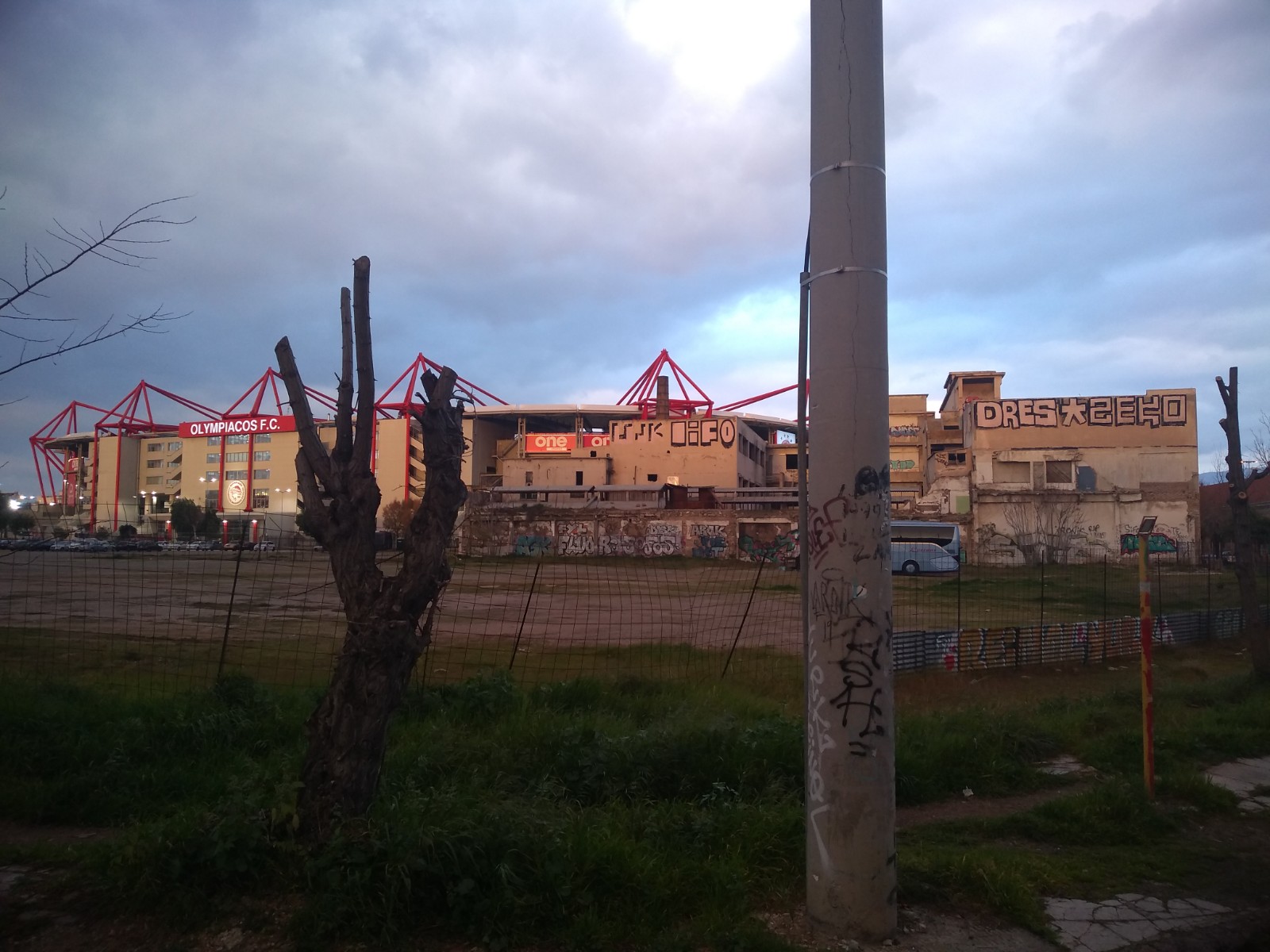 It’s accessible by bus, and public transport around Athens – including the underground – is generally straightforward. Check the websites if you see any mysterious messages on the signs, though: a transport strike cut off the buses on our final day there, and the ride to the outposted airport, as you might expect, comes at a relatively considerable price.

Breezing along the motorway on the way out, flanked by the sea and the city, it was pretty clear how much there remained to potentially discover here. Even without the beaches and archaeology, Europe’s oldest capital is among its best.

And to check out Greece’s numerous stunning islands… 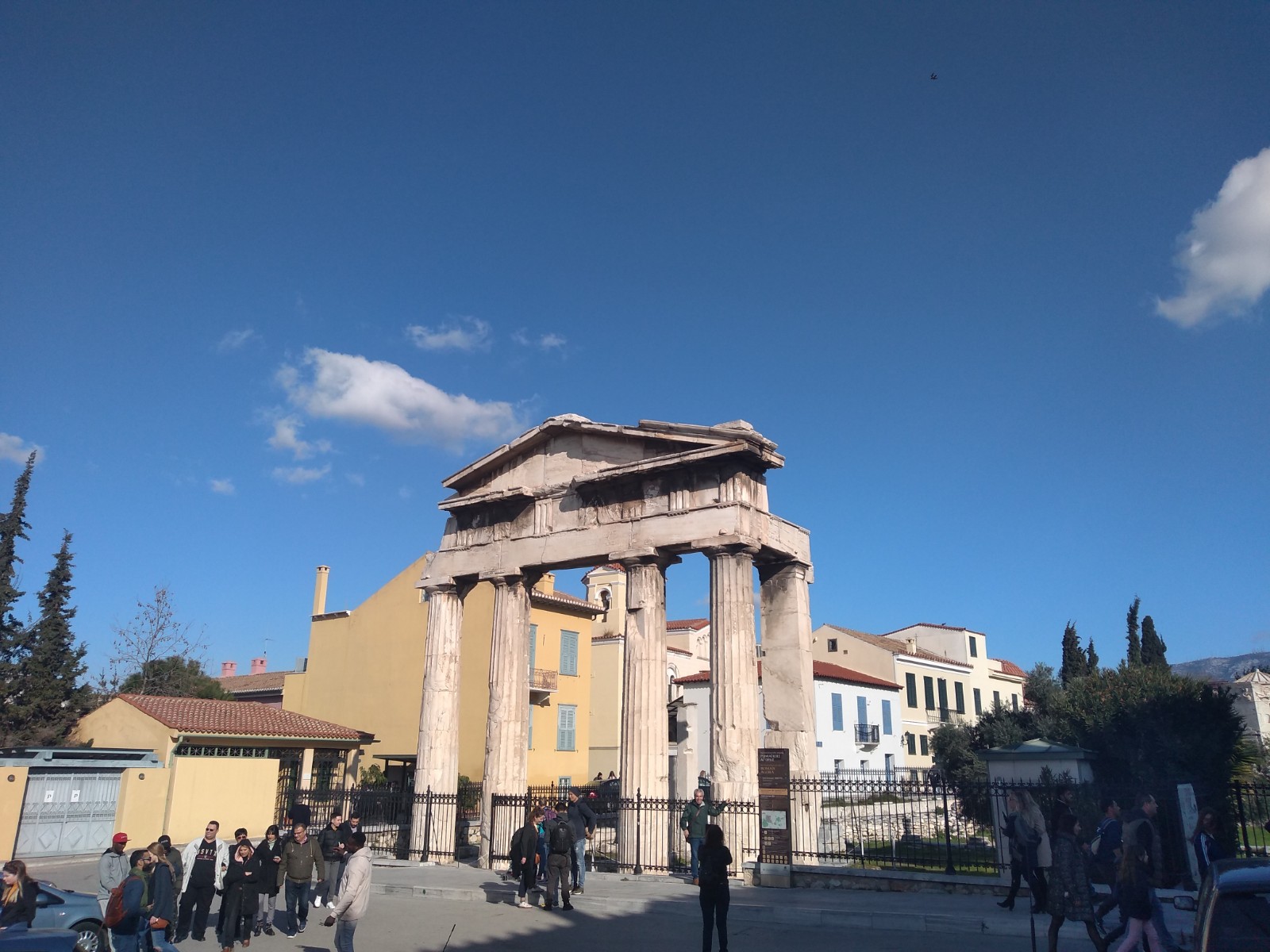 Avocado Restaurant – near-perfect for the hippies/healthies

Pizzeria Dei Fratelli – highly recommended, ambitious idea of how much a person can eat in one sitting