Another side of Istanbul

Roman ruins, great mosques and churches, huge city walls, palaces, 500-year-old bazaars, and intriguing museums make Istanbul a ‘must-see’ city. Despite the recent strife in the Middle East and Covid 19, Istanbul remains a fascinating city for visitors of all ages and on our last visit my wife and I found it perfectly safe and very welcoming. Before Covid 19 it was in the 10 Top Visited Cities in the world and it is likely to regain this status when world travel returns to ‘normal’.

It is common to say that Istanbul is caught between Europe and Asia and while this is correct, it is just a small part of the picture. Others romanticise the fact that this has been a ‘world city’ for over two thousand years and talk up its ancient buildings and monuments as the greatest appeal of the city. They are probably right.

Much is written about the Old City that once was called Byzantium then later Constantinople. Less well known, but also impressive, is ‘New’ Istanbul just a few hundred meters across the stretch of water known as the Golden Horn. You are still in Europe but in many ways, it is as though you are in a different city. 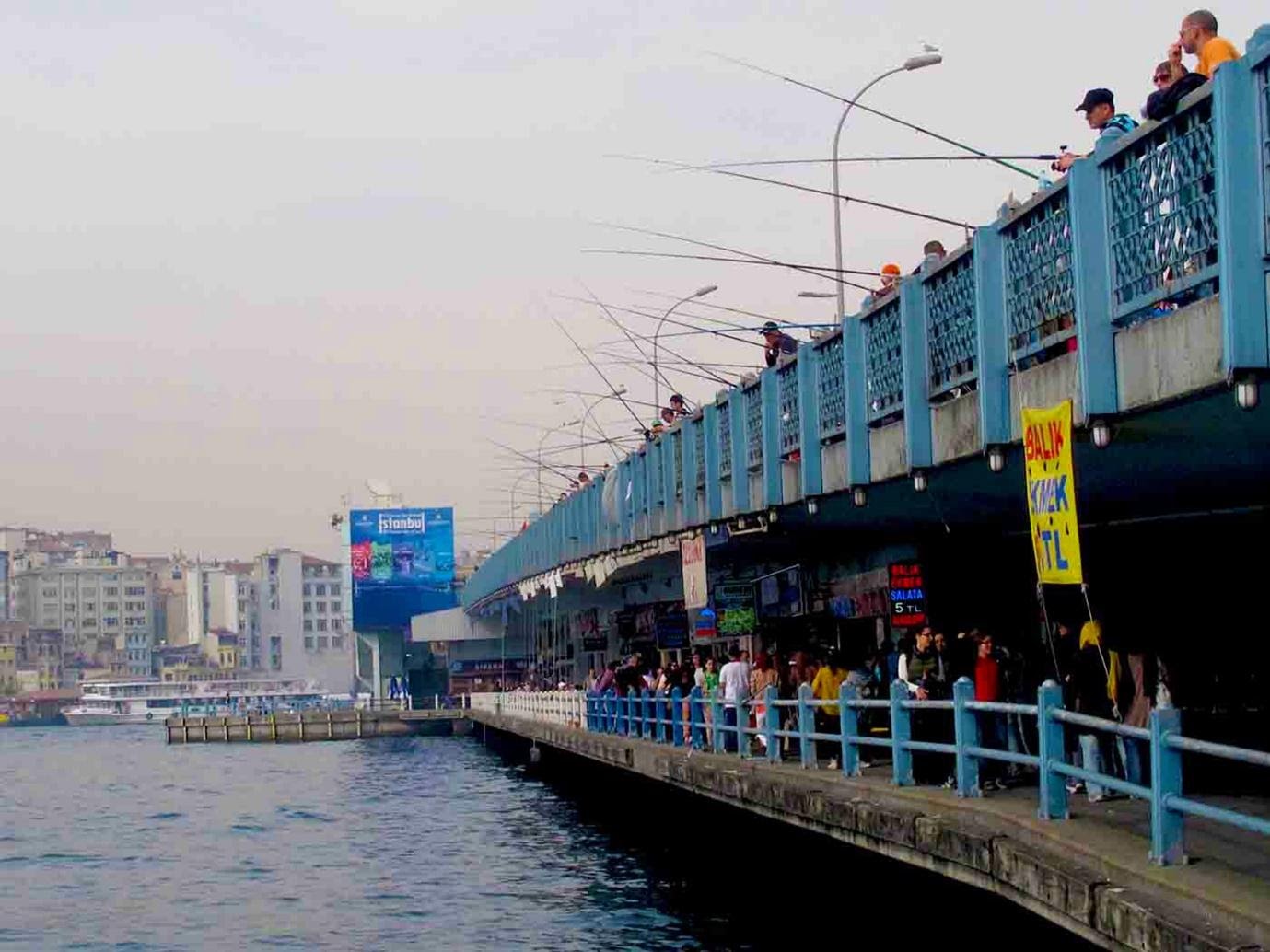 The Asian side of the city is less visited but this too provides cultural insights that cannot be gleaned elsewhere. Walking is the best way to explore but for those who do not find this enjoyable, taxis and public transport is available. Be aware though that motorists rarely stop to let pedestrians cross roads even at major crossings.

In 1503 the ruling Sultan wished to construct a bridge between Old Istanbul and Galata and he asked Leonardo da Vinci to produce a design. His design for an unprecedented single span 240 m bridge was rejected, however, and the construction of a bridge was not completed until the 19th century.

When you cross the bridge from Old Istanbul, you enter Galata which is almost as old as Constantinople but there are few relics from the early days. The area had city walls at least 1600 years ago and there was also a fortress here during early Byzantine times. In 1261, Galata became a semi-independent colony controlled by the Genoese.

The 67 m Galata Tower is the most obvious landmark. It was built in 1348 and for many years it was used as a fire lookout tower. Today you can ride to near the top by elevator and the view from the narrow outside balcony is impressive.

For those who don’t like walking up hills, the Tünel is a godsend. It was opened in 1875 and was one of the first underground urban railways in the world.

When you climb the hill from the Galata Bridge or exit the Tünel, you are on Istiklal Caddesi, one of the most important streets in the city. It is lined with hundreds of shops selling just about everything you need, and much you don’t. It has many large and small stores and street vendors of all kinds. 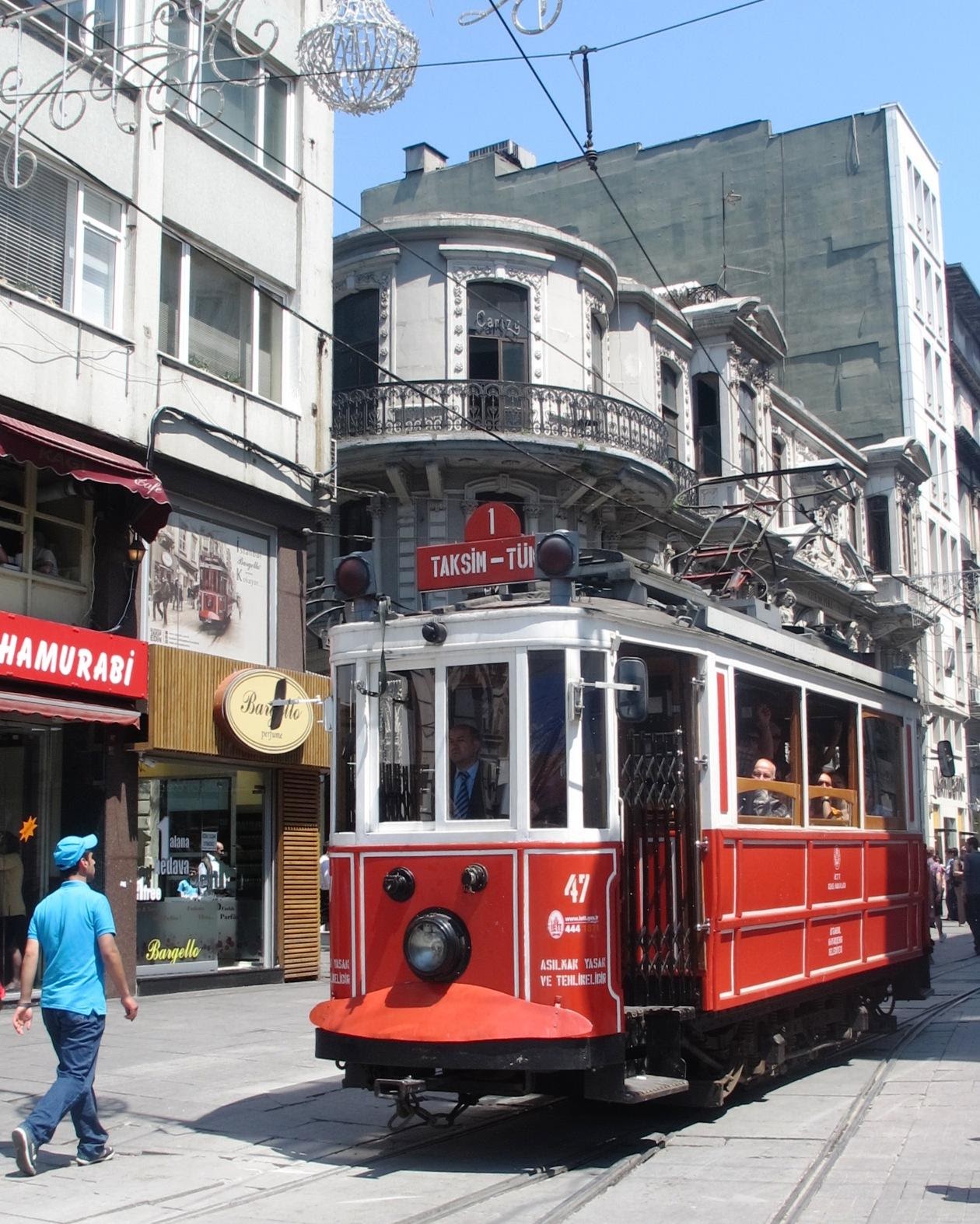 If you get tired and thirsty, there are plenty of cafes along the way for refreshments and there are many bars to drop in on if you feel so inclined. A kebab or freshly baked simit (circular, sesame seed-coated bread), are good choices followed by some melt-in-your-mouth Turkish Delight.

Enjoying the local food in Istanbul is one of the real joys of the city. Midway along Istiklal Caddesi, there are a couple of beautifully restored arcades on the left. The most famous is Çiçek Pasajı (Flower Passage) which is outstanding and has several attractive restaurants inside.

For something cheaper, you can head through the nearby fish market and find some local eating places along Nevizade, a small street parallel to Istiklal Caddesi. These are safe and you will find someone who speaks good English.

Istanbul has some of the best shopping to be found in Eastern Europe with modern shopping centers, ancient bazaars, independent boutiques, design shops, and thousands of street stalls. You can start shopping in Istiklal Caddesi and keep going north.

Cukurcuma is a charming area of winding side streets and alleyways where rambling apartments house some of the finest collections of antiques, boutique fashion, and kitsch in the city.

A complete contrast if provided by Abdi İpekci Street, located in the Nişantaşı district which hosts luxury retail shopping venues and is currently the most expensive street for retail stores in the city.

The area also has some excellent visitor attractions. Istanbul Modern is a contemporary art museum in a converted warehouse by the Bosphorus. If you walk further you come to Dolmabahçe Palace, home to six Sultans from 1856 until 1924, and the largest palace in Turkey. 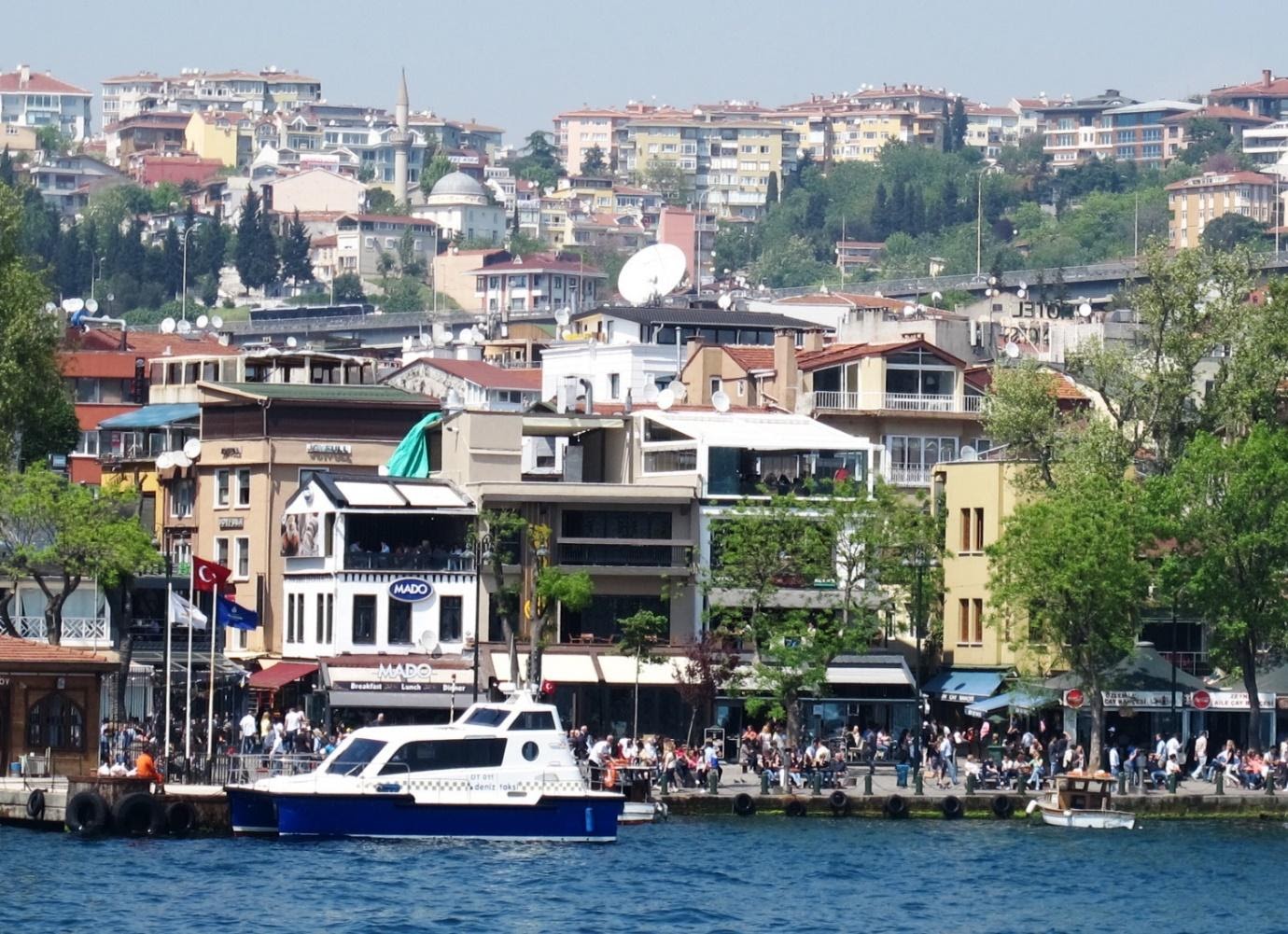 Further on is Ortaköy, an artsy neighborhood with two structures that dominate the area- the baroque Ortaköy Mosque and the First Bosphorus Bridge. The charming waterfront hides a lattice of narrow cobbled streets filled with nice cafes and trendy small clothing boutiques.

Across the Bosphorus, there are huge suburbs on the Asian side with their own commercial centers and transport systems. You reach here by ferry or by an undersea rail tube. I strongly recommend that you check out this area.

An Istanbul Tourist Pass can be useful if you plan extensive sightseeing. It also includes a one-way transfer between the airport and your hotel by car, a Bosphorus cruise, and unlimited mobile internet access.