A Tour to Kabini

After planning for over a month, we finally chose Kabini for our reunion.  After much research, we decided to stay at The Red Earth Resort Kabini.

We started our journey from Bangalore after sipping hot tea. Then we stopped for breakfast in Maddur where we had Maddur special Thatte idly and Maddur vada. The hotel we stopped at was a beautiful small hut-like restaurant, which was close to nature with a backyard full of paddy fields. After having a good breakfast, we headed towards Kabini Red Earth Resort. 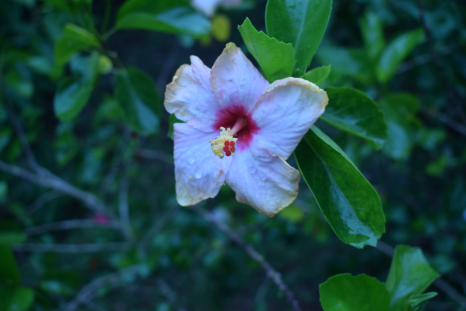 The huts were made of clay so that guests will be cool during the summer and warm during the winter. They have designed everything in an eco-friendly way, and the use of plastic was strictly prohibited – for example we were given water in a glass reusable bottle.

After refreshing, we had lunch at the property. Food was flavourful and well cooked. Especially the bread items which were baked in their kitchen – the freshness was amazing and the bread and the pizza was truly a treat. The bread was literally melting in our mouths. 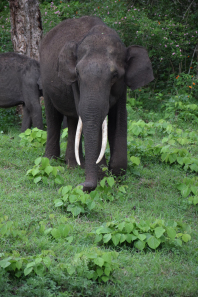 After lunch, we headed towards the Kabini wildlife sanctuary. We could not get the open canter as we did not book it in advance so we took the closed jeep and were all very excited nonetheless. When we started heading towards the jungle we realised there was a sudden climate change – the temperature was so pleasant and it was drizzling. We could see initially lots and lots of deer, elephants, and peacocks. 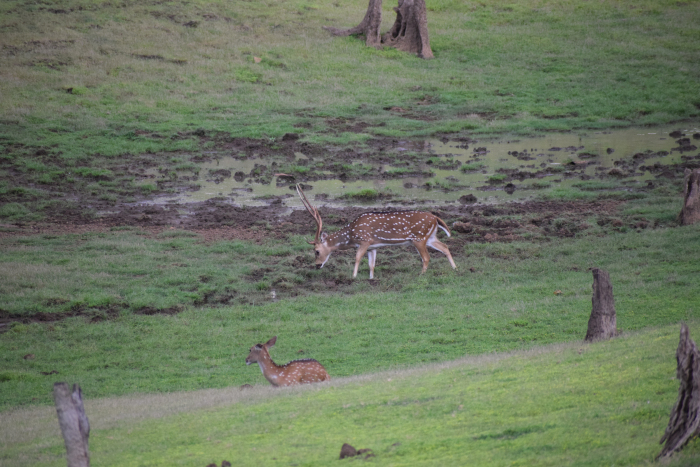 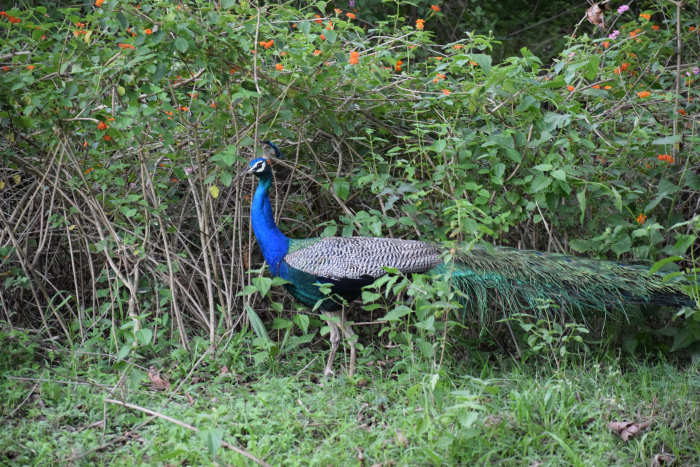 Apart from that, we could not sight anything despite the driver trying his level best to take us to all the water bodies, hoping that some animal would show up for water, but for our bad luck in the duration of 2 and a half hours, we unfortunately did not sight any tiger, cheetah or jaguar.

But we enjoyed the drive throughout because seeing animals in their territory was an amazing experience. There was a  huge difference between seeing the animals in a zoo compared to their natural habitat in the jungle. We could see their joy of living when they were left living a free life.

After the safari, we reached our resort, and we were given hot tea and refreshments. The cafe was situated in a charming place facing a huge lake. After having tea we reached to our room and relaxed for a while.

Then we had delicious dinner and walked around in the property for a while. Since we had the jacuzzi in our room, we took a relaxing bath before going to bed after a long but amazing day.

The next day at around 6.00 AM we had tea and started our day. There were a few bicycles which we could use. We cycled alongside the lake for an hour or so. The sight of the sunrise was magical. After cycling, we went to the room  to freshen up. After that, we had our breakfast. And then we had to vacate the room but we were allowed to stay in the property.

After checking out from the room we went to the Lotus bar which was located in the middle of a lotus pond, which had long french windows and the view from there was spectacular. There were a number of books and magazines which we could read and enjoy in the Lotus Bar area. 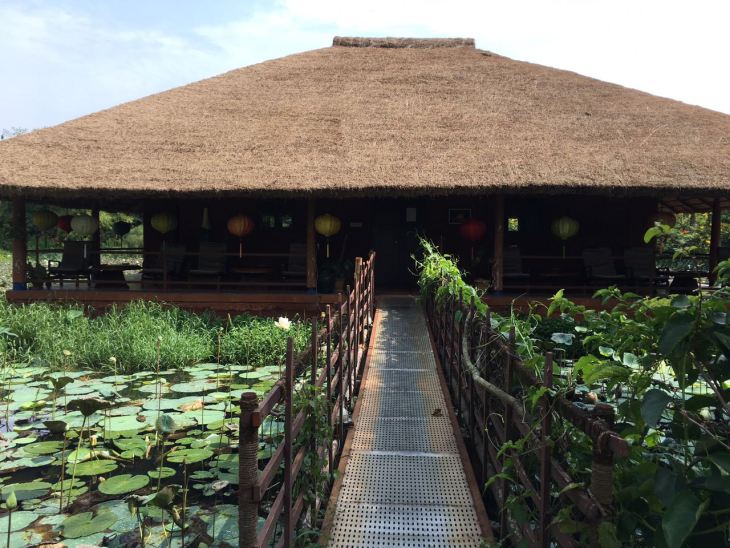 After that, we headed towards Ranganthittu bird sanctuary. We took a speedboat and sailed in the crocodile lake, where hundreds of crocodiles are bred. We could also sight beautiful birds which had migrated from Siberia, New Zealand, Australia, Japan. The birds come here to hatch eggs and once the babies become big they will fly back to their countries. 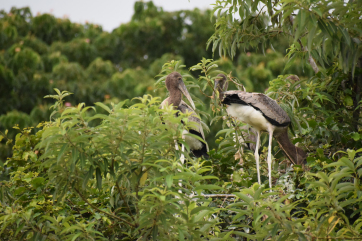 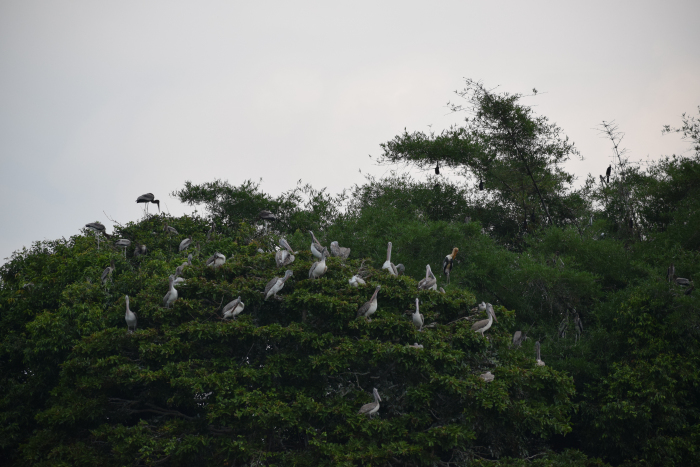 After having a great time in Ranganthittu and Kabini we headed towards Bangalore with loads and loads of good memories and of course photographs. We enjoyed the trip every bit. 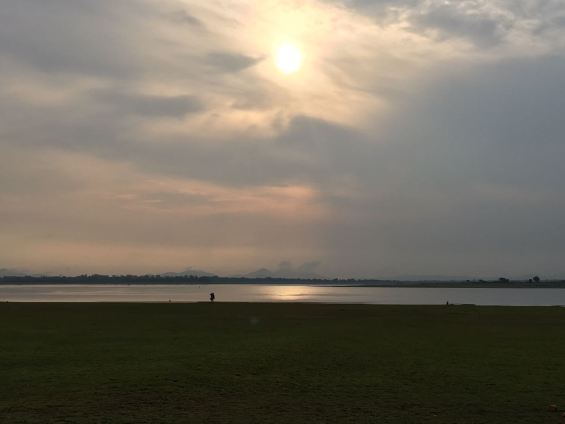 To read more from Loshini check our her excellent blog: https://wandermonkeys.wordpress.com/