A Short Postcard from Paris

Paris took me somewhat by surprise. Arriving via the excellent and outstanding value for money Eurostar, that essentially provides all the enjoyment of travel without the stress of checking in and being at thirty-seven thousand feet during turbulence, I had preconceived ideas about what it would be like. My previous experiences had been brief to say the least. These amounted to a stopover or two here and there, and a taxi journey to Gare du Nord pretty much making up the sub total of my Parisian travel experience to date. My preconceptions that Parisians were rude and difficult was primarily based on serving them when working in the Alps during several ski seasons in the early noughties. Similarly, I was influenced somewhat by seminal film La Haine starring now major Hollywood player Vincent Cassel in his late teens, as well as French Cop shows Braquo and Engrenages that imply it is a hot bed of crime, drugs and violence in the infamous projèts. My admittedly only three and a half days there changed my evidently generalised ideas definitively. That said it is perhaps clear that there are two sides to Paris. The one reflected in the noted art media and the one experienced by tourists who naturally don’t venture too far from the main sights and attractions.

It most certainly helped staying centrally in the main tourist area, a stone’s throw from the Eiffel Tower and walking distance to the Arc de Triomple, Champs-Élysées and Louvre.
Stating the obvious somewhat, the Eiffel Tower is incredibly high (so much as the queues are long), to the extent that I was a little taken aback with vertigo when nearing the summit in the lift, but it is well worth it for the stunning 360 panoramic views. My “tour guide” kindly informed me that the river looks so clean partly because of the colour of the buildings. You can see from the viewing point, not quite at the top how Paris is evidently a well-planned city with the various arrondissements clearly created by design rather than growing in a haphazard fashion. Similarly, aficionados of Victor Hugo’s Paris as described in The Hunchback of Notre Dame will appreciate the views here. 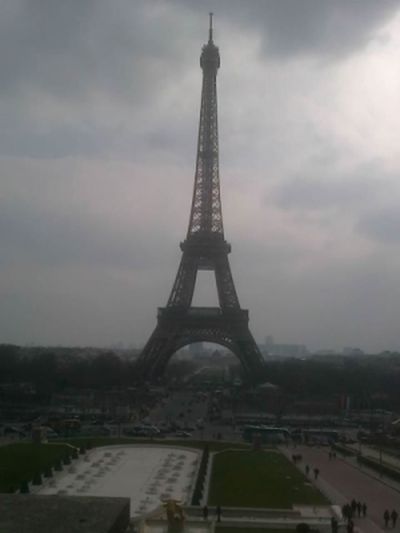 The Louvre Museum is an absolute monster. One could spend a day or even two in there and not see everything. It is fantastically curated with something for everyone in terms of paintings, sculptures and artefacts from the four corners of the globe. My personal favourite was the Egyptian archaeological section that housed several well preserved “mummies”. The crowds around the famed “Mona Lisa” were numerous – I sensed she was watching me probably via the placebo effect.

It is most certainly worth straying a little of the beaten track and exploring the canal area around the Republique metro station for a slightly grittier view of the city. Contrarily the charming cobbled streets and creative atmosphere around artists square on the walk to the architecturally jaw dropping Sacre Coeur take one back to the impressionist era of Messrs Monet, Manet, Renoir, and all the rest.

In the light of still relatively recent terrorist attacks I was interested to find out if there was a residual effect evident as to how Muslims are perceived. A chance conversation with a local radio DJ in a bar confirmed that the general feeling that it is “difficult to be a Muslim in France.” Unfortunately, he left without a chance for further elaboration. It was indeed difficult to avoid this issue that was prevalent in any newspaper one cared to pick up. One thing I would say is that given the sweeping multiculturalism, racial tension, compared to American cities I have visited such as Washington seemed, on the surface at least, minimal to none.

I would also mention that Paris is far more relaxed and chilled out than I anticipated, the people are friendly, and everyone seemed to speak English, which as a French speaker keen to show off did irritate me somewhat, but hey they were only being polite.