Just a short hop, skip and a jump from Manhattan – okay, maybe a train, bus or car ride, is the borough of Queens. This outer borough has long been the focus of silly jokes and story plots in entertainment throughout the years. Who could forget Fran Fine’s Queens accent in the television show The Nanny or the depiction of Queens in Coming to America with Eddie Murphy.

But what many people do not know is that within this outer borough, lies a great many points of interest worth visiting. As a Queens native, born and having grown up in this borough of New York City, I had no idea how many museums existed! Just shy of 25, at 22, it is clear that this outer borough of Manhattan has a wealth of history and cultural jewels to behold and experience.

Here are 16, several of which have been declared landmarks. 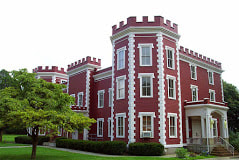 1.
Bayside Historical Society 208 Totten Avenue Bayside, Queens Bayside Historical Society was founded in 1964 to collect, preserve, and disseminate information concerning the history of Bayside and its adjacent communities; advocate for the preservation of its most historic structures and distinctive neighborhoods through the landmarking process; and strive to develop a broad constituency of like-minded preservation and educational organizations to protect the historic integrity of our communities and collections.

2.
Fisher Landau Center for Art 38-27 30th Street Long Island City, Queens Once a parachute-harness factory, this three-story facility is now devoted to the exhibition and study of the contemporary art collection of Emily Fisher Landau, which includes 1,200 works from 1960 to the present by such artists as Ellsworth Kelseyy, Cy Twombly and Andy Warhol to name a few. Opened Thursdays through Mondays 12pm to 5pm.

3.
Fort Totten Park Cross Island Pkwy. bet. Totten Ave. and 15 Rd. Queens Located at the head of Little Neck Bay, where the East River widens to become the Long Island Sound in Bayside, Queens. Fort Totten is a former active United States Army Installation, which continues to maintain a presence at the fort.

4.
Godwin Ternback Museum 65-30 Kissena Blvd 405 Klapper Hall Flushing, Queens Located within the campus of Queens College on Kissena Blvd in Kew Gardens, Queens in Klapper Hall, this museum maintains a fine art collection of 6,000 pieces of art as well as artifacts from all cultures dating from ancient times to the modern day. These include works by Rembrandt Van Rijn, Pablo Picasso, Henri Matisse and Georges Braque.

5.
Greater Astoria Historical Society Quinn Memorial Building 3520 Broadway 4th Floor Astoria, Queens Established in 1995, GAHS is a non-profit cultural and historical organization located in the Queens neighborhood of Astoria, dedicated to preserving the past and promoting the future of the neighborhoods that are part of historic Long Island City, including the Village of Astoria, Blissville, Bowery Bay, Dutch Kills, Hunters Point, Ravenswood, Steinway Village and Sunnyside.

6.
Jamaica Center for Arts & Learning 150-03 Jamaica Avenue Jamaica, Queens Both a NYC Landmark and on the U.S. National Register of Historic Places, Jamaica Center for Arts & Learning is a performing and visual arts center which serves more than 28,000 people annually via a 1,650 square foot gallery, a 99-seat proscenium theatre and art and music studio. The building that houses the center is the former Queens Register of Titles and Deeds Building. The exterior features one of only two remaining cast-iron sidewalk clocks in New York City, as well as a late-Victorian era headquarters of the Jamaica Savings Bank next door.

7.
King Manor 161-40 Jamaica Ave Jamaica, Queens Both a U.S National Historic Landmark and on the U.S. National Register of Historic Places, King Manor is also known as the Rufus King House. Located in Jamaica, Queens it was the home of Rufus King, a signer of the U.S. Constitution, a Senator from New York and Ambassador to Great Britain immediately after the American Revolution. The house and the property are now owned by the New York City Parks Department , which designated the land as Rufus King Park. 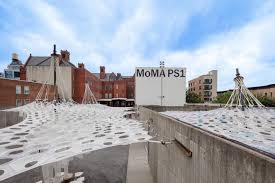 8.
MoMA PS1 22-25 Jackson Avenue Long Island City, Queens MoMA PS1 is one of the largest art institutions in the United States dedicated solely to contemporary art and has been afflicated with the Museum of Modern Art since January 2000. In addition to its exhibitions, MoMA PS1 also organizes the Sunday Sessions performance series, the Warm Up summer music series, and the Young Architects Program with the Museum of Modern Art and it attracts about 200,000 visitors annually. 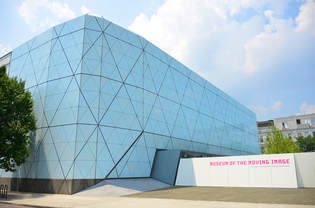 9.
Museum of the Moving Image 36-01 35th Avenue Astoria, Queens One of my personal faves, The Museum of the Moving Image is a media museum located in Astoria, Queens in a former building of the historic Astoria Studios (now Kaufman Astoria Studios). The museum originally opened in 1988 as the American Museum of the Moving Image and then in March 2008, it began a $67 million expansion and reopened in January 2011. The goal of the museum is to expand public understanding and appreciation of the art, history, technique and technology of film, television, and digital media by collecting, preserving, and providing access to moving-image related artifacts via multimedia exhibitions and educational programming.

10.
New York Hall of Science 47-01 111th Street Corona, Queens Also known as NYSCI, the museum is located in Flushing Meadows-Corona Park in Queens. NYSCI was established in 1964 as part of the 1964 World’s Fair in Flushing Meadows-Corona Park,and at the time was one of only a few science museums in existence. It occupies one of the few remaining structures from the 1964 New York World’s Fair, and is New York City’s only hands-on science and technology center. The more than 400 hands-on exhibits focus on biology, chemistry, and physics.

14.
Vander Ende-Onderdonk House 1820 Flushing Avenue Ridgewood, Queens Vander Ende–Onderdonk House (Van Anda House; Van Enden House) is a historic house at 1820 Flushing Avenue in Ridgewood, Queens. It is the oldest Dutch Colonial stone house in New York City. It is on both the National Register of Historic Places and designated a landmark by the New York City Landmarks Preservation Commission.

15.
Voelker Orth Museum 149-19 38th Avenue Flushing, Queens The Voelker Orth Museum, Bird Sanctuary and Victorian Garden is a New York City Landmark located in Murray Hill, Queens. The museum occupies a two story house that was constructed in 1891 by a local businessman, James Bouton. A distinguishing feature of the museum is the Victorian garden, which is maintained using eighteenth century propagation methods and gardening techniques, such as hand pruning and the use of natural fertilizers and pesticides.

Its mission is to “preserve and interpret the cultural and horticultural heritage of Flushing, Queens and adjacent communities to engage their ever-changing populations, through the experience of an immigrant family’s 1890s home. Today, the Voelker Orth Museum engages audiences through the arts, education, nature, horticulture and local history by offering house tours, temporary exhibitions, concerts, lectures and workshops, cultural festivals, and family and school programs.