The 10 Most Beautiful Places to visit in Bolivia

Divided between the Amazon and the Andes, this mosaic country, which is home to dozens of ethnic groups, has an exceptional landscape and cultural wealth. Head for the ten most beautiful places to visit in Bolivia. 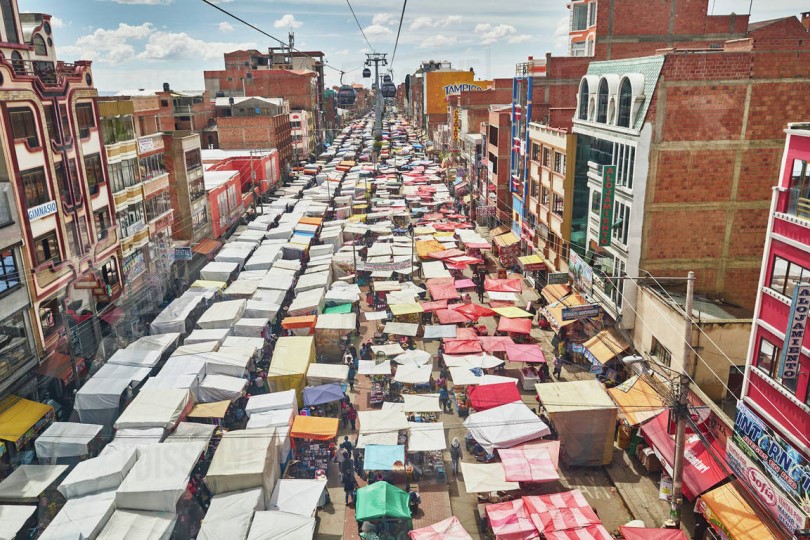 The capital of Bolivia, nestled in a canyon at the foot of the Andes, has something to surprise you. The traditional markets which spread out in the streets of the old town and houses clinging to the sides of the slopes compete with the modernity and dynamism of this metropolis. The Mirador Killi Killi, located on the heights of La Paz, offers a beautiful panorama of the capital. About fifteen km away is Valley of the Moon with its strange craters and sculpted columns formed by the erosion of rocks which invite the traveler to think that he has left Earth.

Overlooking the city, Cordillera Real is a majestic mountain chain with snow-capped peaks, which offers many hikes in an exceptional setting and constitutes a true paradise for trekkers. 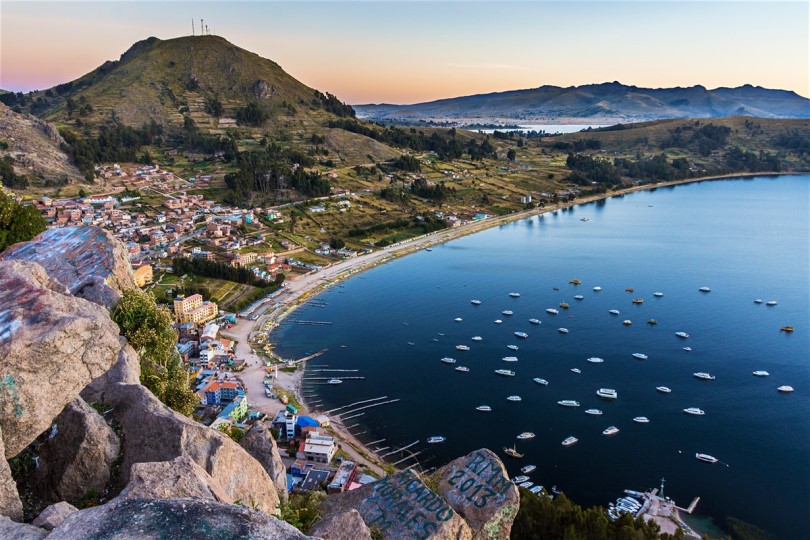 A legendary place in the Andes – Lake Titicaca is the highest navigable lake in the world. This is where the Inca civilizations or the Tiwanaku were born. This Mecca of Andean culture is home to several islands and archaeological sites, which bear witness to the region’s heritage. A walk around the area or boat trip to the Isla del Sol allows you to fully enjoy the beauty of the place, with the clear waters of the lake and the beautiful light reflected therein.

Further south is the Sajama Park, which was the first created in Bolivia. It is home to the eponymous volcano, the highest peak in the country, as well as many natural treasures, such as geysers, thermal waters, and small traditional villages. 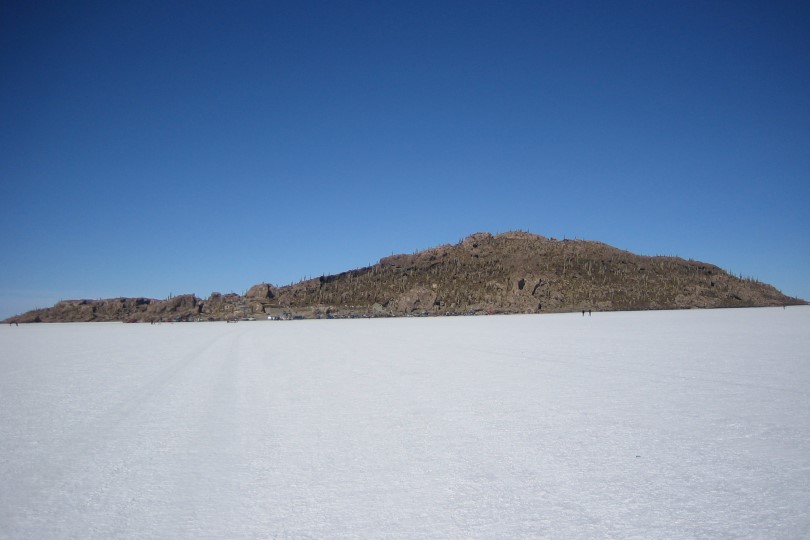 The largest salt desert on the planet is a must for any trip to Bolivia. These immense white expanses, almost 4,000 m above sea level, offers an extraordinary spectacle. This region is also home to geysers, volcanoes, lagoons, and picturesque villages. Inca Huasi Island, with its giant cacti, offers a remarkable panorama of the Salar and the Tunupa volcano. 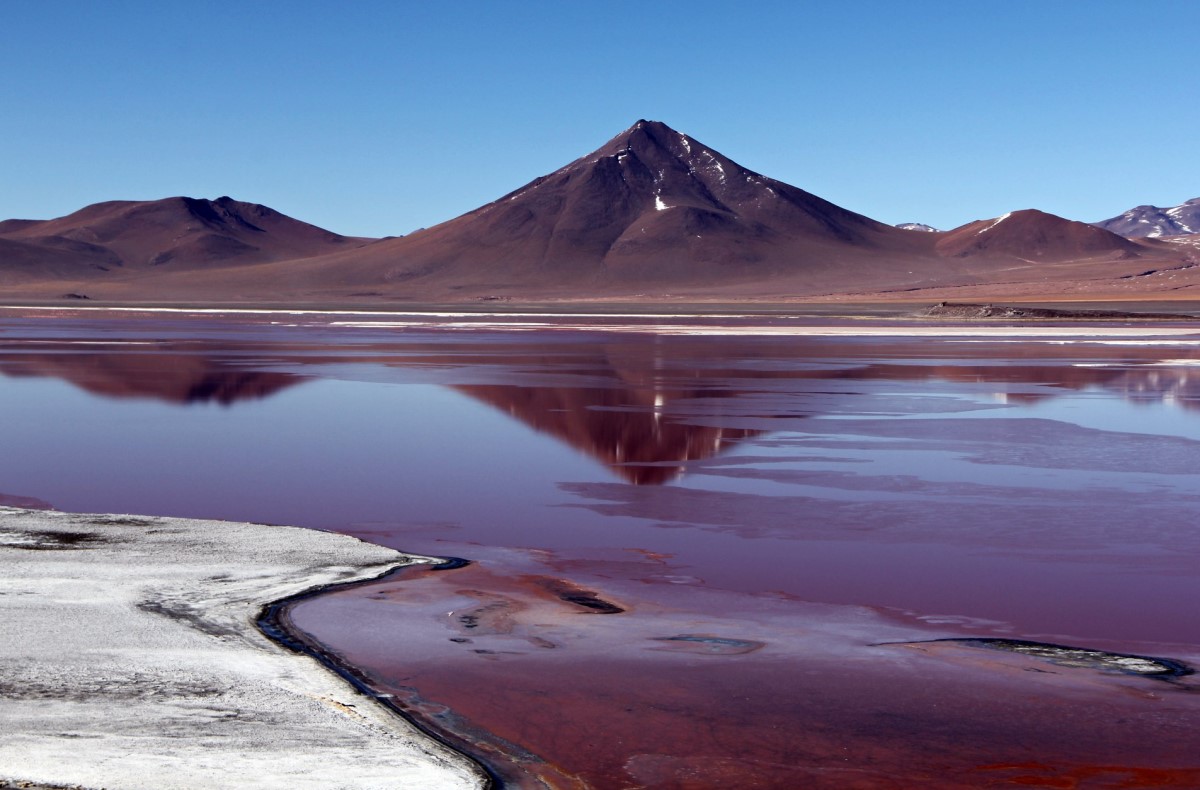 This region contains many wonders. Not far from the volcanoes and colourful mountains are magnificent lagoons, each one more beautiful than the other. The Laguna Colorada is dazzling with its waters tinged with red, while a sandy beach surrounds the gray waters of the Laguna Honda. The region is also home to three species of flamingo, which can be observed in their natural habitat.

Potosi city has a heavy heritage.  Its past wealth, from the time of the Spanish, comes from exploitation the largest silver mine in the world. Indians and slaves worked in the mine and this facilitated the enrichment of the Spanish crown. Today, the colonial heritage is still very present, since it is possible to visit many colonial and religious buildings in the city. The silver mines are now dried up, but tin is now mined there.

Sucre is the constitutional capital of Bolivia; it was the cradle of revolution, and independence was signed in Casa de la Libertad, in 1825. This pretty white city also shelters an important colonial heritage, which justified its inscription in the Cultural Heritage of Humanity (UNESCO). Here we find a place where it is good to live and work. Sucre is also nicknamed the eternal city of spring.

Created in 1989 to protect the Scarlet Macaw, a species of endangered parrot, Torotoro Park is home to magnificent landscapes. It enjoys a very beautiful view of the colored mountains and is the natural habitat of many animals, such as the puma or Andean cat. One of the specificities of this park is that it preserves footprints and dinosaur fossils, which makes it a privileged place for paleontologists around the world. 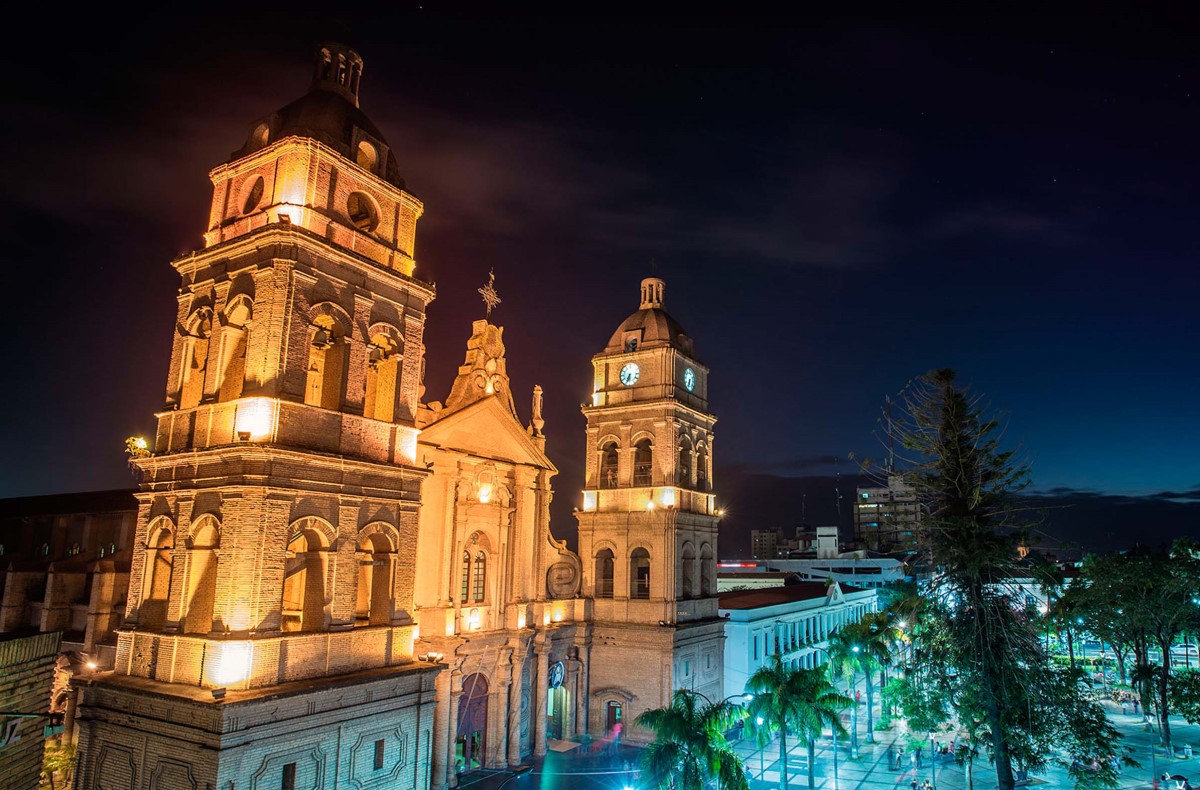 Direction Amazon, to discover Santa Cruz region, in the west of the country. It was here, from 17th century, that the Jesuit missions were founded. Today, they are listed as a whole on the World Heritage List and constitute an important heritage for Bolivia. Indeed, the Jesuit missionaries settled in the region to evangelize the Indians, but they also transmitted to them a lot of knowledge in the fields of architecture, music, agriculture, and participated in the establishment of economic and social order. The Jesuit missions are, therefore, a testimony to the legacy of European knowledge in Bolivia, contributing to the creation of a Métis culture.

This region is also home to Amboro Park, in the heart of Amazon rainforest. This excursion offers a total immersion in nature, between rivers, waterfalls, and natural pools, all in dense and tropical vegetation.

The Tarija region, in the south of the country, allows you to discover the Bolivian wine route and vintages, rich in aromas. This epicurean break is followed by a visit to the very pretty town of Tarija, which is reminiscent of an classical Andalusian city boasting particularly impressive colonial architecture.

To read more from Muhammad, please check out his excellent blog.